Scientists cannot go, visit other planets to find signs of life and can use this telescope to do so.

Researchers in a recent study have found out how to use NASA's James Webb Space Telescope for quickly identifying nearby planets that could help in researchers search for life and search of the worlds that are uninhabitable due to vapourisation of oceans.

In a recent study, scientists have found that oxygen molecules collide to produce a strong signal and according to scientists, Webb can detect the signal present in the atmosphere of exoplanets. 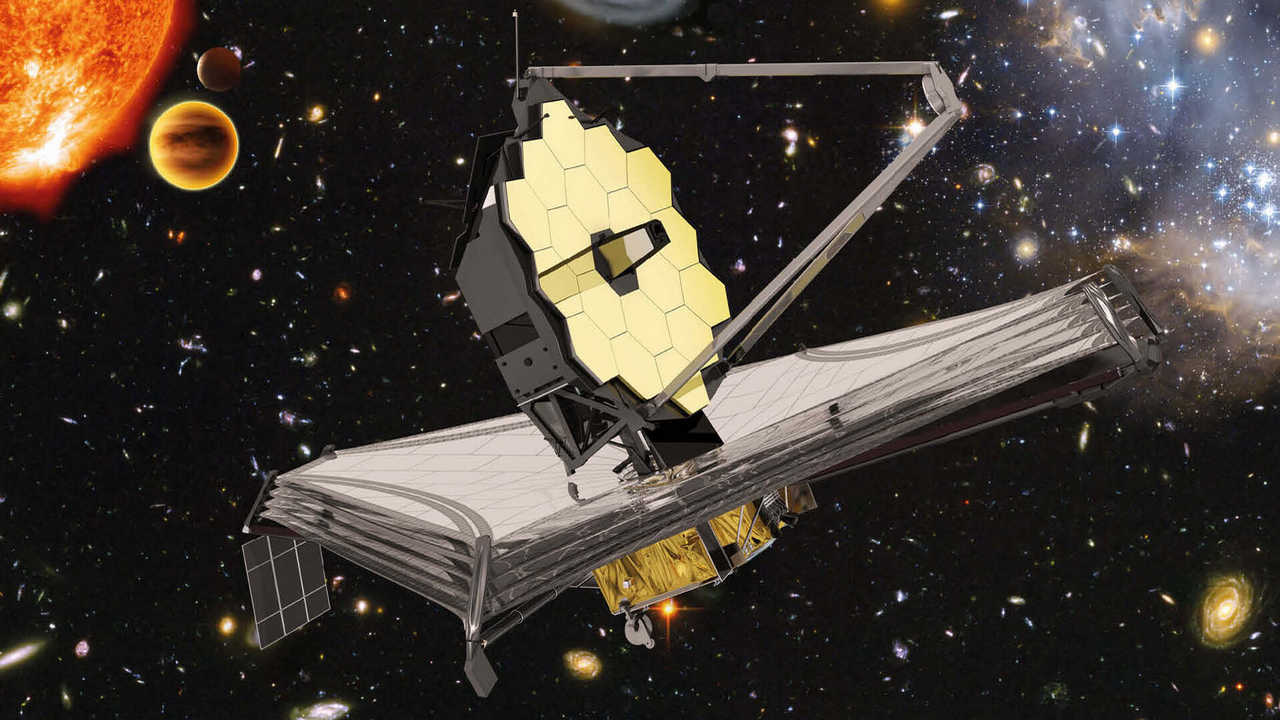 The James Webb Space Telescope can be used to find if a planet is habitable.Image credit: ESA

"Before our work, oxygen at similar levels as on Earth was thought to be undetectable with Webb, but we identify a promising way to detect it in nearby planetary systems," said senior researcher Thomas Fauchez.

"This oxygen signal is known since the early 80's from Earth's atmospheric studies, but has never been studied for exoplanet research," added Fauchez.

The study is published in the journal — Nature Astronomy.

Scientists conducted the research using a computer model for simulating this oxygen signature, by modelling the atmosphere of an exoplanet present near an M dwarf which is the most common type of star present in the universe.

The team of the researchers modelled the impact of enhanced radiation that arises from M dwarf stars on the atmospheric chemistry and further used the same to simulate how component colours from star's light will change when the planet will pass in front of it.

When starlight passes through the atmosphere of exoplanet's, oxygen generally tends to absorb certain wavelengths of light and in this case, oxygen absorbed infrared light having a wavelength of 6.4 micrometres.

When oxygen molecules collide with each other or with other molecules in the exoplanet's atmosphere, energy from the collision puts the oxygen molecule in a special state that temporarily allows it to absorb the infrared light. Infrared light is invisible to the human eye, but detectable using instruments attached to telescopes.

"Similar oxygen signals exist at 1.06 and 1.27 micrometres and have been discussed in previous studies but these are less strong and much more mitigated by the presence of clouds than the 6.4-micrometre signal," co-researcher said Geronimo Villanueva.

Intriguingly, oxygen can also make an exoplanet appear to host life when it does not, because it can accumulate in a planet's atmosphere without any life activity at all. For example, if the exoplanet is too close to its host star or receives too much starlight, the atmosphere becomes very warm and saturated with water vapour from evaporating oceans. This water could be then broken down by the strong ultraviolet radiation into atomic hydrogen and oxygen. Hydrogen, which is a light atom, escapes to space very easily, leaving the oxygen behind.

Over time, this process can cause entire oceans to be lost while building up a thick oxygen atmosphere. So, abundant oxygen in an exoplanet's atmosphere does not necessarily mean abundant life, but may instead indicate a rich water history.

"Depending upon how easily Webb detects this 6.4-micrometre signal, we can get an idea about how likely it is that the planet is habitable. If Webb points to a planet and detects this 6.4-micrometre signal with relative ease, this would mean that the planet has a very dense oxygen atmosphere and maybe uninhabitable," said another researcher Ravi Kopparapu.

The oxygen signal is so strong that it also can tell astronomers whether M dwarf planets have atmospheres at all, using just a few Webb transit observations.

"This is important because M dwarf stars are highly active, and it has been postulated that stellar activity might 'blow away' entire planetary atmospheres. Knowing simply whether a planet orbiting an M dwarf can have an atmosphere at all is important for understanding star-planet interactions around these abundant but active stars," said Fauchez.

Although the oxygen signal is strong, cosmic distances are vast and M dwarfs are dim, so these stars will have to be relatively nearby for Webb to detect the signal in exoplanet atmospheres within a reasonable amount of time. An exoplanet with a modern Earth-like atmosphere will have to be orbiting an M dwarf that is within approximately 16 light-years of Earth.

For a desiccated exoplanet with an oxygen atmosphere 22 times the pressure of Earth's, the signal could be detected up to about 82 light-years away. One light-year, the distance light travels in a year, is almost six trillion miles. For comparison, the closest stars to our Sun are found in the Alpha Centauri system a little over 4 light-years away, and our galaxy is about 100,000 light-years across.