The space snowman visited by NASA on New Year’s Day is pitted all over and has a bright “collar” between its two fused spheres. 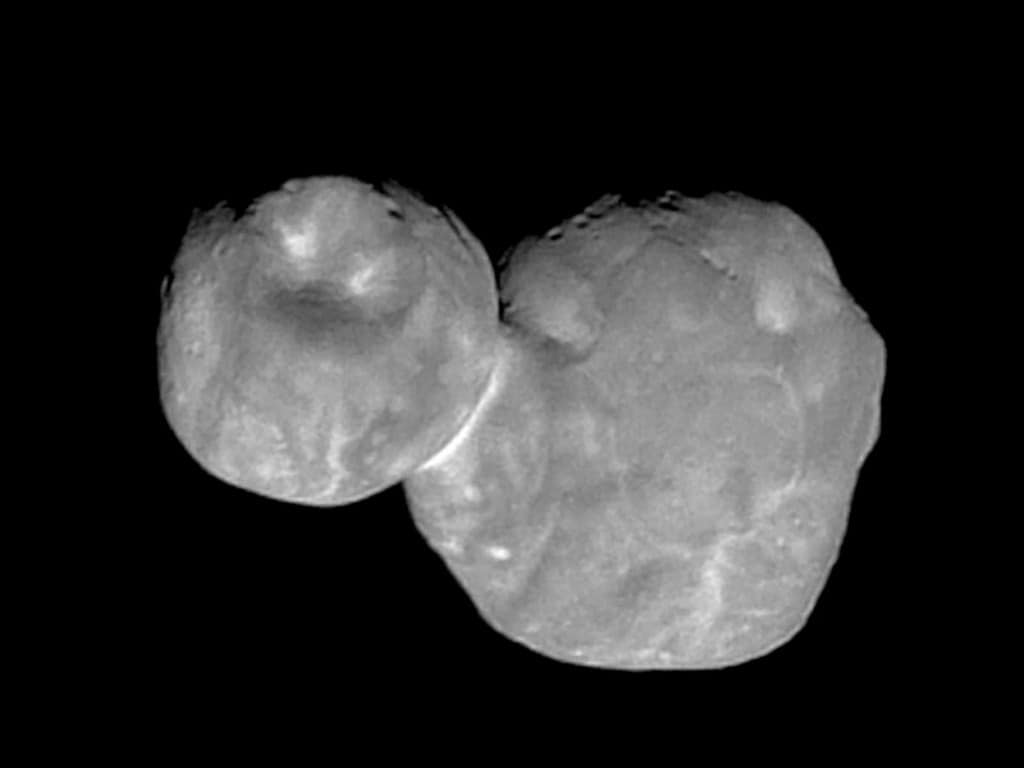 These are the newest details to emerge about Ultima Thule, the most distant object ever explored.

A close-up picture taken by NASA’s New Horizons spacecraft right before closest approach on Jan. 1, and released Thursday, shows lots of little pits on Ultima Thule. They’re less than a half-mile (0.7 kilometers) across. There’s also a much bigger, circular depression on the smaller lobe, considered the snowman’s head. Scientists don’t know if these are impact craters or sinkholes.

Categorized as a contact binary, the approximately 20-mile-long (32-kilometer-long), reddish Ultima Thule has both light and dark patterns. The brightest spot is where the two lobes connect. Scientists say the varied shading may help explain how the ancient object was formed, as the solar system was emerging 4.5 billion years ago.

Lead scientist Alan Stern of Southwest Research Institute promises even better pictures during the next month. It will take almost two years for New Horizons to transmit all the data from the flyby, 4 billion miles (6.4 billion kilometers) away.

At such a vast distance, it takes more than six hours for radio signals to travel one way. New Horizons is already more than 19 million miles (30.5 million kilometers) beyond Ultima Thule.

Launched in 2006, the spacecraft became the first visitor to the dwarf planet Pluto in 2015. Ultima Thule was its second target. A third destination — even deeper inside the so-called Kuiper Belt on the frozen fringes of our solar system — could be possible in the 2020s.