NASA has announced that its Mars Mole digger instrument is dead after it failed an attempt to burrow deep into the red planet to take a temperature reading. Scientists in Germany spent the last two years trying to get their heat probe — dubbed the 'Mole' — to drill into the Martian crust. But the 40 centimetre device that is part of NASA’s InSight lander couldn’t gain enough friction in the red dirt. It was supposed to bury five meters into Mars, but only drilled about a half meter. Following one last unsuccessful attempt to hammer itself down over the weekend with 500 strokes, the team has decided to call it quits. 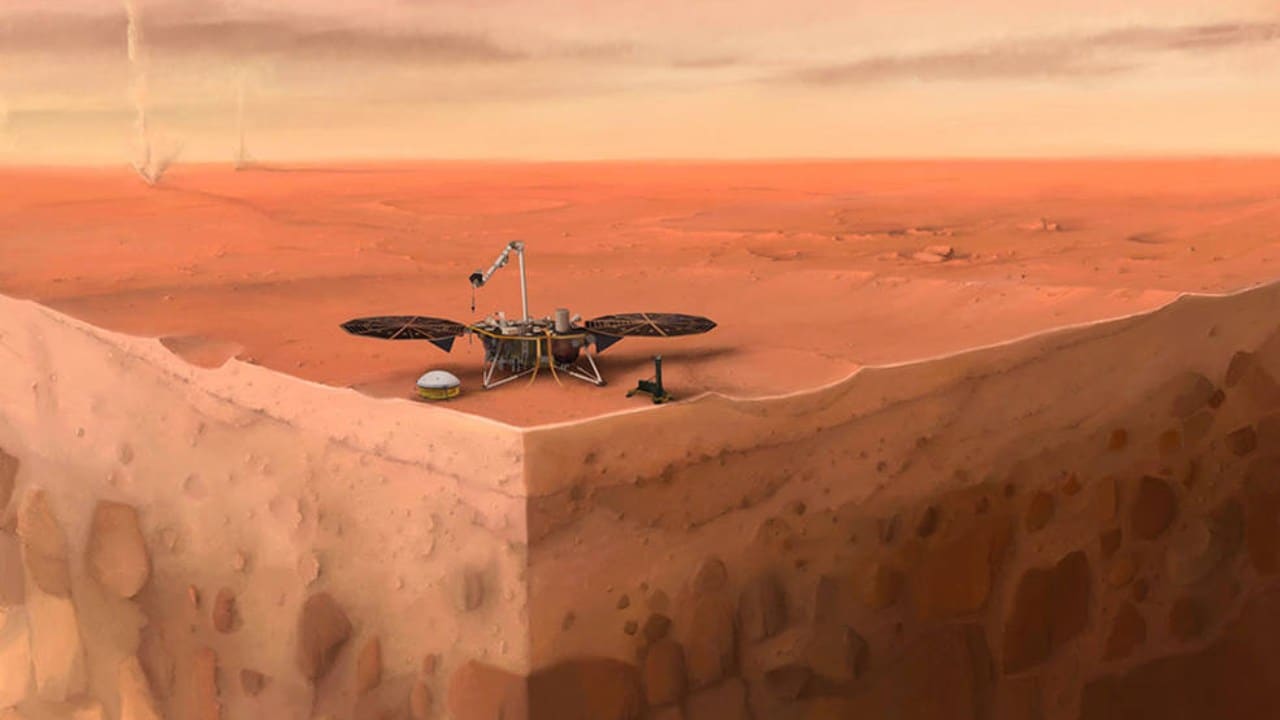 In this artist's concept of NASA's InSight lander on Mars, layers of the planet's subsurface can be seen below, and dust devils can be seen in the background. Credits: IPGP/Nicolas Sarter

“We’ve given it everything we’ve got, but Mars and our heroic mole remain incompatible,” Tilman Spohn, the German Space Agency’s lead scientist for the experiment said in a statement.

When astronauts go to Mars in future expeditions, all this information will help them dig into the subsurface for frozen drinking water, fuel or finding microscopic signs of life.

The mole’s design was based on Martian soil examined by previous spacecraft, and it turned out to be nothing like the clumpy dirt that InSight encountered. According to the statement, the clumpy soil deprived the spike-like mole of the friction it needs to hammer itself to a sufficient depth. The sensors of the Heat Flow and Physical Properties Package (HP3) were designed to measure heat flowing from the planet once the mole has dug at least three meters deep, which it was unable to do, despite trying for two years.

However, this is the first time that any NASA mission has tried to burrow into the Mars soil other than NASA’s Phoenix lander which just scraped the top layer of the surface.

“We are so proud of our team who worked hard to get InSight’s mole deeper into the planet. It was amazing to see them troubleshoot from millions of miles away,” said Thomas Zurbuchen in a statement.

InSight landed on Mars in November 2018 and was recently granted a two-year extension for other scientific work and will now last until the end of 2022. It will soon be joined by NASA’s newest rover, Perseverance, which will attempt a touchdown on 18 February. Curiosity rover has been roaming Mars since 2012.