NASA's Hubble observed a weird, gaseous blob and found an ageing star in the center

As the core of the star shrinks and grows hotter, it emits UV light that makes the gases around it glow.

NASA’s Hubble glimpsed this weird globe in the sky, and as is its wont, captured a stunning image.

This round, mysterious object is gas surrounding an ageing star. If you look close enough, you can see it shining in the middle of the gaseous blob. The star, once upon a time, held all that gas within itself, but age did a number on it.

The star, named NGC 2022, is part of the Orion constellation. Orion is a hunter in Greek mythology.

When stars, much like our sun, start growing old, they start to expand and glow red. These red giants, begin to lose their outer layers. They can lose more than half of their mass through this shedding. These materials will then form a shell of gas that of the type we see here. 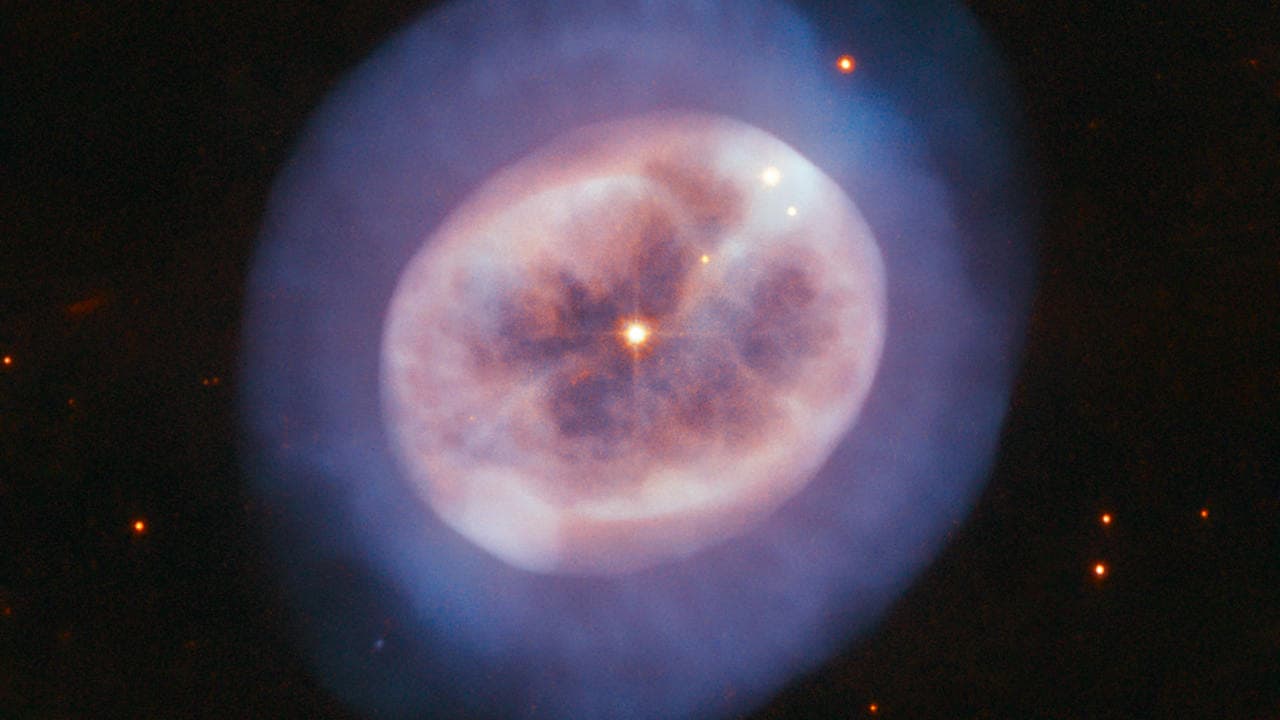 While this is taking place, the core of the star shrinks and begins to grow hotter. It emits UV light, which causes the gases around it to glow.

This glowing object is called a planetary nebula even though it has nothing to do with planets. It gets its name from the round, planet-like shape that was visible in telescopes.

Hubble telescope was launched into low Earth orbit in 1990 and is still in operation. It is the largest, most versatile telescope in use. It was built by NASA with collaboration from the European Space Agency.