The objects are made by jets of ionized gases thrown out of a nreborn star, NASA said.

NASA's and ESA's Hubble telescope has captured a stunning cosmic sight this month – flares from a newborn star. The blue 'smoking gun', shared by the agency in a tweet, looks like a dreamy (and eerie) object ploughing through the cosmos.

#HubbleFriday Hubble has captured the smoking gun of a newborn star! These five objects, visible in blue in the top center of the image, lie within NGC 1333, a reflection nebula full of gas and dust found about a thousand light-years away from Earth: https://t.co/y9erxz69kz pic.twitter.com/CBaBreyexs

The clusters in the image – seen as the bright blue sources of light – are part of a cosmic cluster called the Herbig–Haro in the NGC 1333 nebula. The nebula is dense with gas, dust and active star formation 1,000 light years from the Earth. 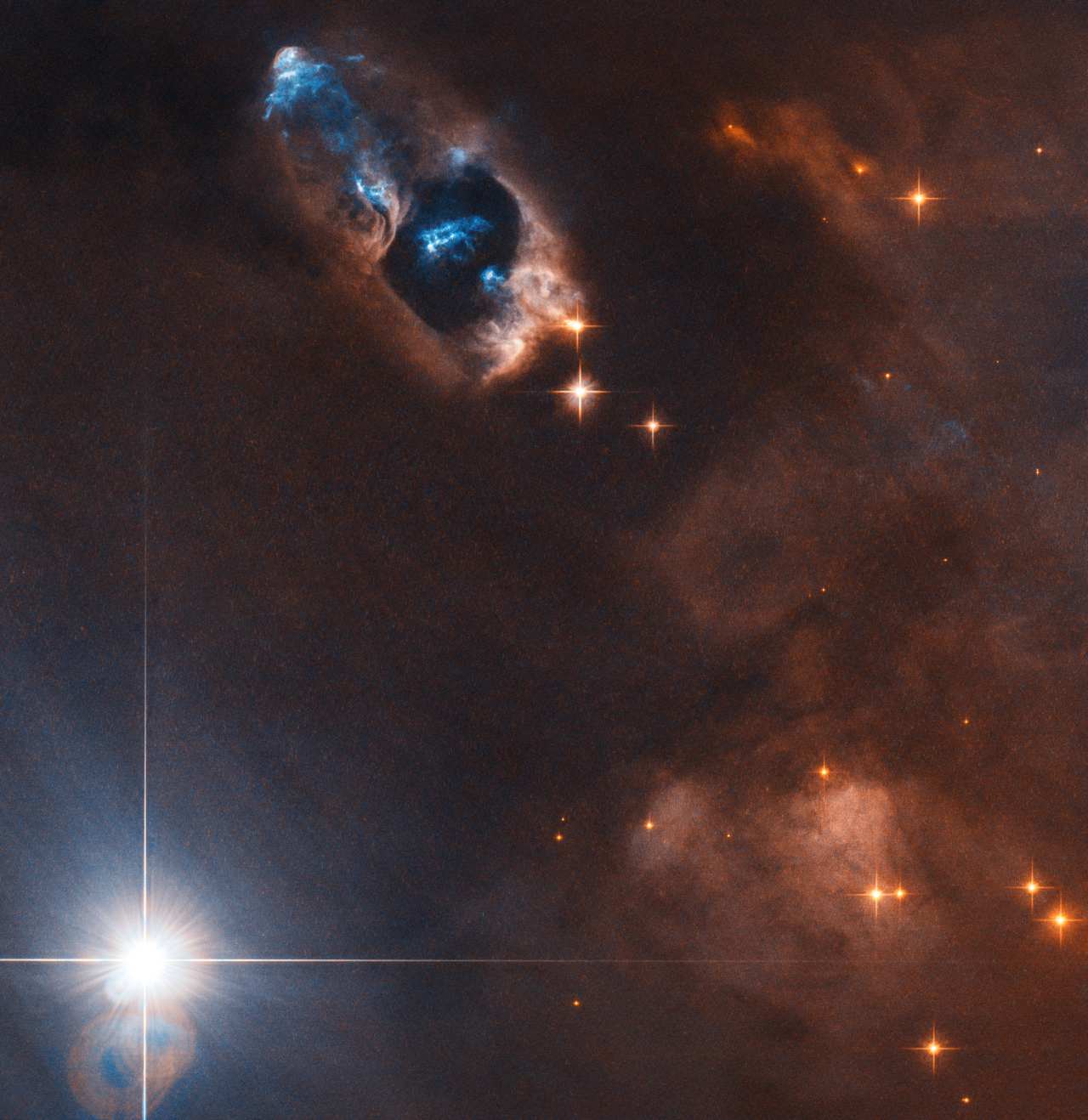 In this image the NASA/ESA Hubble Space Telescope has captured the smoking gun of a newborn star, the Herbig–Haro objects numbered 7 to 11 (HH 7–11). These five objects, visible in blue in the top centre of the image, lie within NGC 1333, a reflection nebula full of gas and dust found about a thousand light-years away from Earth. Herbig-Haro objects like HH 7–11 are transient phenomena. Image credit: NASA/ESA Hubble

Herbig-Haro objects are a common sight near newborn stars – shooting out and travelling far from the stars that created them. These transient objects can move at speeds of 2,40,000 kilometres per hour before vanishing into the cosmos over a few thousand years, a NASA report said.

The young star in the image creating the Herbig–Haro objects is the SVS 13, from which the bright blue objects are jetting out. The distance between each of these objects and SVS13 is roughly 20,000 times that of the Sun and the Earth.

HH objects are quite complex – jets of ionized gasses that are thrown out of a young star and bang into dust clouds at a high speed. These collisions create the bright clusters seen in the image's haunting blue depths.

Very soon, the James Webb telescope will take over Hubble's operations and conduct a lot more investigations into phenomena like (and including) Herbig–Haro objects.