NASA's Cubesat, the Lunar Flashlight mission, will to shine a light on the moon’s darkest craters

The satellite will be the first mission to look for water using lasers and use a safer fuel alternative.

The National Aeronautics and Space Administration (NASA) has been exploring the possibilities of using the resources already available on the Moon when astronauts hit the satellite as part of the Artemis program.

Artemis is being hailed as the sister of the Apollo program by NASA. The organisation aims to send the first woman and the next man to the Moon by the year 2024.

The astronauts will be exploring the lunar surface. The information and data received from the Moon exploration will then be used for sending astronauts to Mars. 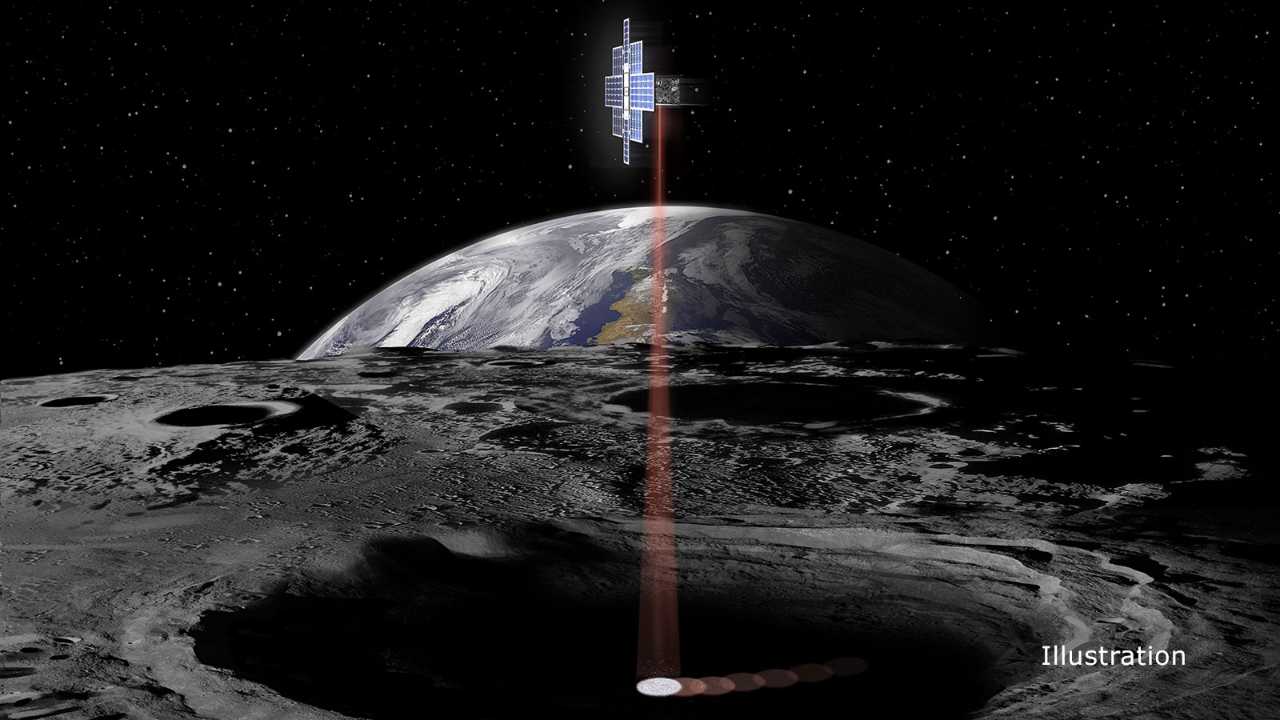 This artist's concept shows the briefcase-sized Lunar Flashlight spacecraft using its near-infrared lasers to shine light into shaded polar regions on the Moon to look for water ice. Credit: NASA/JPL-Caltech

Now, if astronauts are to use the resources already found on Moon, they need to be able to detect and process these resources. NASA explains the situation with the case of water. As it is heavy and an “expensive resource to launch from Earth”, astronauts would need to mine ice and process it to get water from it.

NASA’s Lunar Flashlight or CubeSat will help in finding ice on the lunar surface. The small satellite — the size of a briefcase — will swoop low on the Moon’s South Pole and “shine its lasers” into shadowed regions on the lunar surface that have never seen sunlight.

“We have a pretty good idea there's ice inside the coldest and darkest craters on the Moon,” said Barbara Cohen, principal investigator of the mission at NASA's Goddard Space Flight Center in Greenbelt, Maryland.

But “previous measurements” were found to be “a little bit ambiguous". So the scientists aim to be sure before sending in the astronauts.

"If we're planning on sending astronauts there to dig up the ice and drink it, we have to be sure it exists,” she added.

The Lunar Flashlight spacecraft will be a “technology demonstration”. It will be the first mission to look for water using lasers and also the first to use a “green” propellant, a safer fuel alternative.

The mission is low in cost and is expected to prepare for the future presence of NASA on the Moon. It will also test “key technologies that may be used in future missions,” said John Baker, project manager of Lunar Flashlight at NASA’s Jet Propulsion Laboratory (JPL) in South California.