NASA, USGS create a 'blueprint' of the moon that will help in future human space missions

Information from six Apollo-era regional maps along with data from recent satellite missions to the moon was used to create the map.

The United States Geological Survey (USGS) in collaboration with NASA and the Lunar Planetary Institute has released a new map of the Moon. According to the USGS, the “authoritative map help explain the 4.5-billion-year-old history of our nearest neighbour in space.”

Called the ‘Unified Geologic Map of the Moon’, it is a blueprint of the moon’s surface geology for future human missions. The USGS has said it will be invaluable for the international scientific community, educators and the public-at-large. 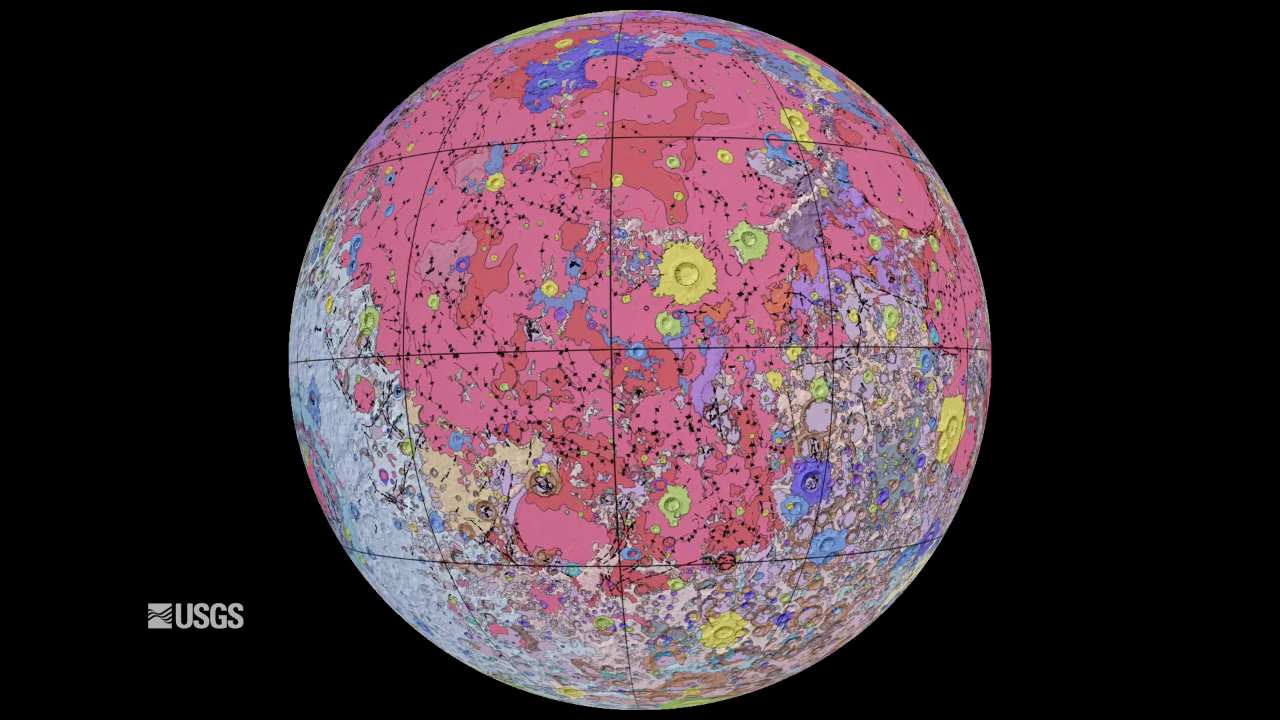 Unified Geologic Map of the Moon will serve as a reference for lunar science and future human missions to the Moon. Credit: NASA/GSFC/USGS.

The digital map is available online now and shows the moon’s geology to 1:5,000,000th scale.

“This map is a culmination of a decades-long project,” added Corey Fortezzo, USGS geologist and lead author.

He went on to say that the map provides vital information for new scientific studies by connecting the exploration of specific sites on the moon with the remainder of the lunar surface.

Scientists used information from six Apollo-era regional maps along with data from recent satellite missions to the moon to create the digital map.

According to a report in Cnet, the moon's surface with its many marks act as a historical record, with the new map using striking colour patterns to distinguish between different time periods and geological formations from the moon's past. The colour pink dominates the map, denoting the 3.5 billion-year-old Imbrian era when the Moon was repeatedly hit by asteroids, creating the impact craters that are visible now.

Meanwhile, NASA recently revealed that they are all set to launch their astronauts in a collaborative effort with SpaceX. The mission comes almost 10 years after the fatal Space Shuttle accident that shut down their human spaceflight programme.

Astronauts Doug Hurley and Bob Behnken will be a part of the mission, slated to launch on Thursday, 28 May, 2.00 am IST at the Launch Complex 39A from the Kennedy Space Centre, Florida.