The solar dynamic observatory (SDO) of NASA completed a decade of watching the sun continuously last month. Marking the 10th anniversary, the US space agency released a time lapse video of the sun in all its glory.

The SDO has been gathering high-resolution images of the sun while orbiting around the earth from June 2010. Over the years, it has accumulated about 425 million pictures that have been stitched together to form the video. Data worth 20 million gigabytes have been collected by the observatory using three major instruments, including the atmospheric imaging assembly (AIA). 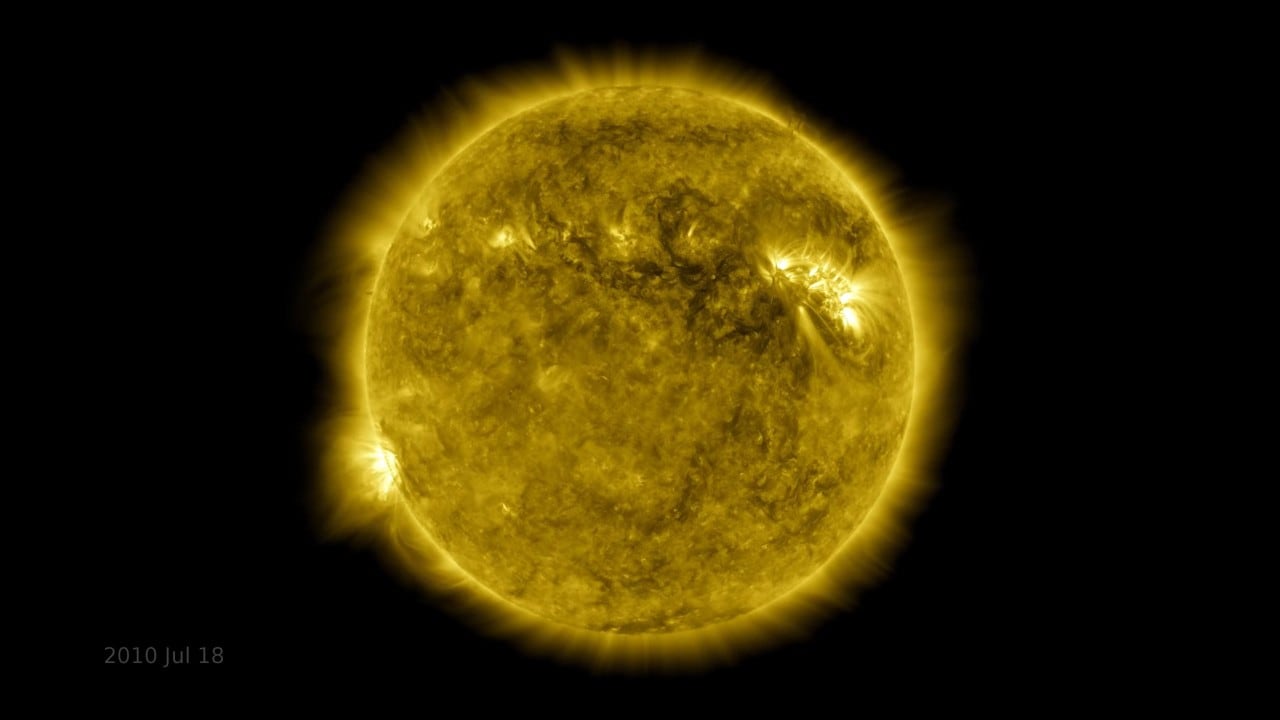 This 10-year time lapse of the Sun at 17.1 nanometers (an extreme ultraviolet wavelength that shows the Sun’s outermost atmospheric layer – the corona) shows the rise and fall of the solar cycle and notable events, like transiting planets and solar eruptions.
Credits: NASA’s Goddard Space Flight Center/SDO

Titled ‘A Decade of Sun’, every one second of the video showcases one complete day. Hence, in a little over an hour (precisely 61 minutes), you get to witness the sun for long 10 years.

One can see the rise and fall of the solar cycle, along with “transiting planets and solar eruptions”. However, there have been moments of occasional dark frames. An article by NASA states that this is because of the earth or the moon eclipsing the SDO as they pass between the spacecraft and the sun.

A much longer dark phase can be witnessed in 2016; this was caused due to some problem with the AIA instrument that captures images of the sun every 12 seconds at 10 different wavelengths of light.

The article explains that in the instances when the sun is not in the centre of the frame, the SDO was “calibrating its instruments”.

Of the long video, at time stamp 12:24, the year is 2012 and we can see Venus pass across the face of the sun. This would not happen again until 2117. Many such interesting flares and eruptions are seen throughout the video.