NASA to launch world's lightest satellite this month, made by Chennai students

It is designed to study 20 different weather parameters and microgravity's effect on its nylon body.

Four engineering students from Chennai have built the world’s lightest satellite, due to launch from a NASA facility in the US later this month.

If successful, the experiment may help in a better understanding and research about the environment of outer space.

A brainchild of the four-man team of engineering students from Hindustan Institute of Technology & Science, Chennai, it isn't just tiny in size (at 4 cm wide) but cost them as little as Rs 15,000 to build. Jaihind-1S — what might be the lightest satellite ever built — is just 4 cms wide, and weights a mere 33 grams. Image Courtesy: Hindustan University

Encased in a 3D-printed polylactic acid (PLA) exterior, it weighs as much as a chicken's egg might — 33 grams and was designed as a contestant in the ‘Cubes in Space’ competition organized annually by the NASA's Colorado Space Grant consortium and partner organization, iDoodle learning.

Cubes in Space is a global competition encouraging students 11 to 18 years of age to design an experiment, and have it launched into space on one of NASA's rockets at no cost.

Due to the nature of its experiments, Jaihind-1S will be carried up by a balloon instead, to an altitude of 70 km. 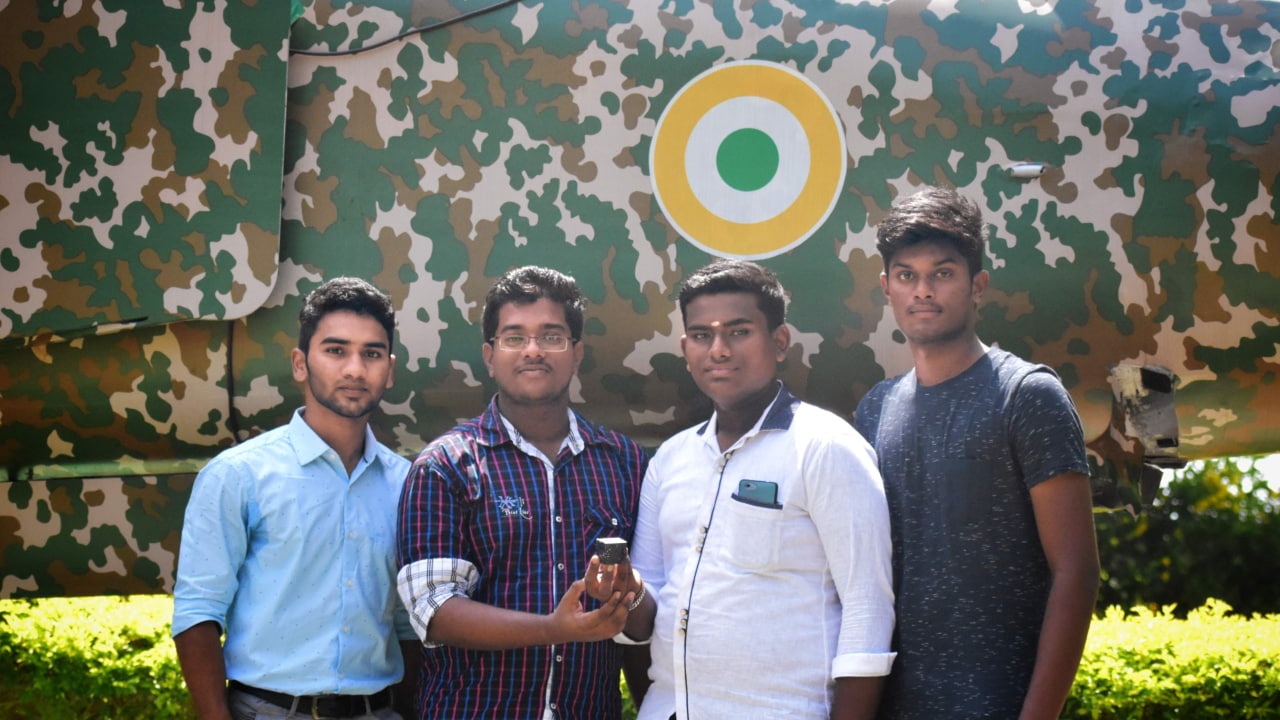 Once it reaches its desired altitude, it will disengage from the balloon, and measure a host of different things in the atmosphere during its gradual fall over 15-20 hours. It was designed to study 20 different weather parameters, collect data of four of these parameters per second, and store this data on a built-in SD card.

The satellite is also geared up to test how it's nylon casing shapes up in microgravity, and will keep tabs on its trajectory as it flies.

Around this time last year, a similar record-holding satellite was developed for its lightweight design — also in Tamil Nadu — for the same competition. Coined 'Kalam SAT' after the former president A P J Abdul Kalam, it was a tad heftier than the new 'lightest satellite ever made', weighing 64 grams, and was wildly successful in its 12-minute mission to study the effect of microgravity on its carbon-fibre body.

With inputs from ANI, Hindustan University