The orbiter has managed to capture the multiple spacecrafts - Spirit, Opportunity as well as the Curiosity rover - trekking and exploring Mars.

On 12 August 2005, NASA launched its Mars Reconnaissance Orbiter (MRO) from Cape Canaveral, Florida. The orbiter has since then sent back about 385 terabits of data and remains active to this day to carry on its mission on Mars.

Sent with the task of studying temperatures of the Martian atmosphere and collecting information about the minerals present on the planet's surface, the MRO has also sent back some breathtaking images. To celebrate 15 years of its launch, NASA posted some of the most astounding pictures taken by the HiRISE camera on the MRO. 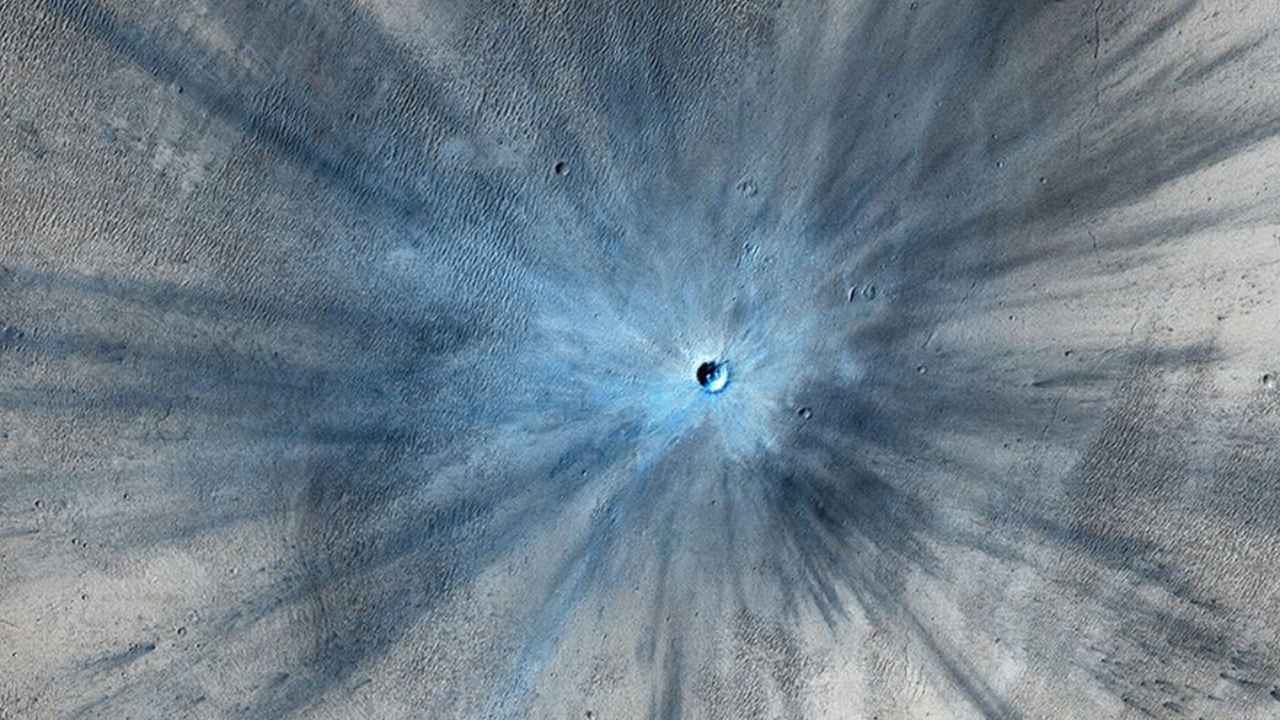 A dramatic, fresh impact crater dominates this image taken by the High Resolution Imaging Science Experiment (HiRISE) camera on NASA's Mars Reconnaissance Orbiter on Nov. 19, 2013. Researchers used HiRISE to examine this site because the orbiter's Context Camera had revealed a change in appearance here between observations in July 2010 and May 2012, bracketing the formation of the crater between those observations. Image credit: NASA/JPL-Caltech/Univ. of Arizona

While one picture showcases an avalanche in action, another shows a dust devil making its way over the Martian surface. A crater created on Mars and migrating landforms are the subjects of the other pictures.

There are three cameras aboard the orbiter:

These images are then managed by NASA's Jet Propulsion Laboratory (JPL) in California.

Through the years, HiRISE has captured some "dramatic scenes of nature" like skyscraping dust devils, avalanches and changing landscapes. These were possible due to the extreme zoom-in capability of the camera that manages to capture detailed, high-resolution colour images of Mars. Since 2006, HiRISE has alone sent back 6,882,204 images.

Beautiful Mars! Our Mars Reconnaissance Orbiter launched 15 years ago today to study the Red Planet’s atmosphere, weather, subsurface water, and more. But the mission might best be known for the images sent by its @HiRISE camera: https://t.co/Z7pOAes4tA pic.twitter.com/i1UdmO9FY2

The orbiter has managed to capture the multiple spacecrafts - Spirit, Opportunity as well as the Curiosity rover - trekking and exploring Mars.

According to NASA, when its latest rover Perseverance reaches the Jezero Crater on 18 February 2021, we will be sure to get some close-up shots of the craft via HiRISE.