The American space agency NASA periodically shares spellbinding images of outer space, revealing ethereal and unseen sights in vivid and dreamy detail. On Friday, the agency shared previously unseen views of the NGC 6946 galaxy, better known as the 'Fireworks Galaxy', which witnesses frequent volatile supernovae that lends to the illusion of a fireworks display. The image shows a supernovae from the NGC 6946, one of ten observed in the galaxy, according to NASA. In comparison to NGC 6946, the Milky Way averages just one to two supernova events per century, the agency said in a statement.

The galaxy resides 25.2 million light-years away, along the border of the northern constellations of Cepheus and Cygnus (The Swan). The stunning images were captured by the NASA/ESA Hubble Space Telescope, and shows the stars, spiral arms and other environments of NGC 6946 in phenomenal detail. It was captured by a pair ESA/Hubble & NASA researchers, A Leroy and KS Long, respectively. 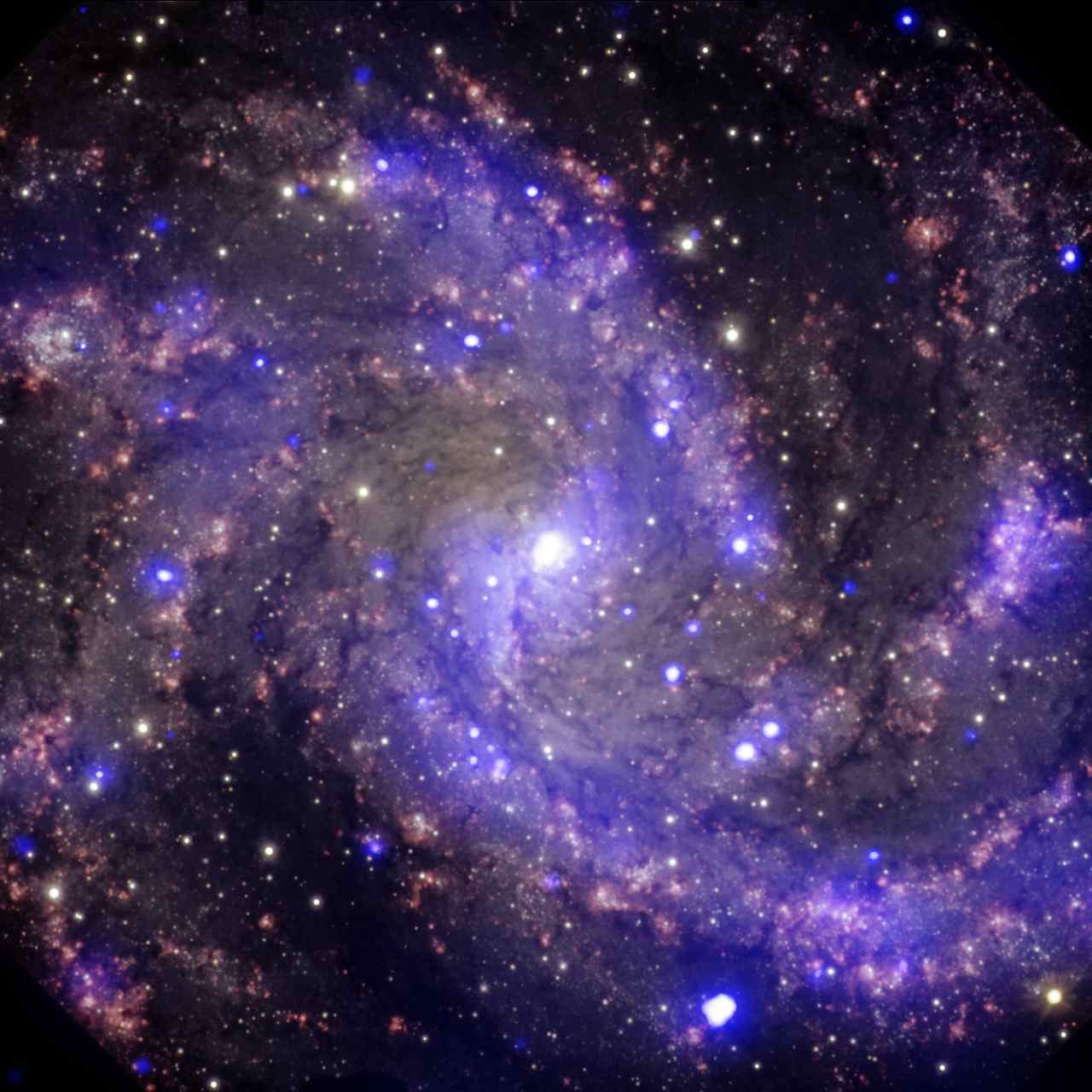 In the past century, eight supernovas have been observed to explode in the arms of this galaxy, called NGC 6946. Image: NASA/CXC/MSSL/R.Soria et al/AURA/Gemini OBs

According to NASA, star gazers are able to marvel at NGC 6946 since it is a face-on galaxy, which means that observers see it facing them at all times. If the galaxy can be seen from the side, then it is known as an edge-on galaxy. The Fireworks Galaxy is an intermediate spiral galaxy, which means the structure of NGC 6946 sits between a full spiral and a barred spiral galaxy, with just a slight bar at its center.

NGC 6946 is also a starburst galaxy, which means that it undergoes an exceptionally high rate of star formation. The NASA Chandra Observatory has revealed three of oldest supernovas ever detected in X-rays of the galaxy.