NGC 1614 galaxy was created due to an active galactic merger, providing it with a peculiar appearance that includes a tidal tail.

Sharing the stellar image on Twitter, they revealed that the "eccentrically shaped galaxy (NGC 1614) ablaze with activity was captured by @NASAHubble."

According to the Flight Centre, the galaxy resides about 200 million light-years from Earth and is nestled in the southern constellation of Eridanus. 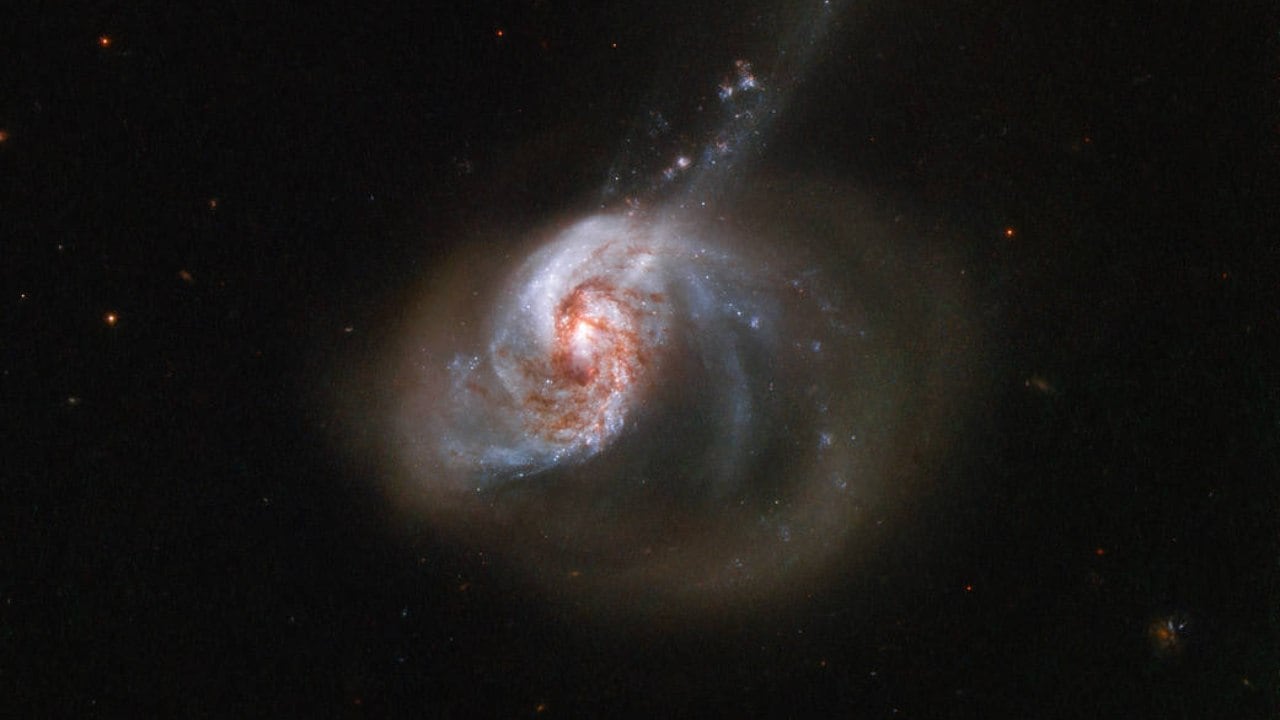 NGC 1614, captured here by the NASA/ESA Hubble Space Telescope, is an eccentrically shaped galaxy ablaze with activity. The galaxy resides about 200 million light-years from Earth and is nestled in the southern constellation of Eridanus (the River). Image credit: ESA/Hubble & NASA, A. Adamo

NASA also shared an image of the galaxy on its Twitter handle along with the caption, "Peculiar, eccentric, and beautiful: that’s what we call this galaxy that dazzles from about 200 million light-years away. Captured by @NASAHubble, it’s actually two galaxies merging to become one."

This eccentrically shaped galaxy (NGC 1614) ablaze with activity was captured by @NASAHubble. The galaxy resides about 200 million light-years from Earth and is nestled in the southern constellation of Eridanus (the River). More: https://t.co/dczZxWNsJ2 pic.twitter.com/KM3IGxPGMK

As per a statement by NASA, NGC 1614 was created due to an active galactic merger, providing it with a peculiar appearance that includes a tidal tail.

The statement added that the cosmic collision also drives a turbulent flow of interstellar gas from the smaller of the two galaxies involved into the nucleus of the larger one, “resulting in a burst of star formation that started in the core and has slowly spread outward through the galaxy.”

NASA mentioned that due to its current appearance and turbulent past, NGC 1614 is classified by astronomers as a peculiar galaxy, a starburst galaxy, and a luminous infrared galaxy.

NGC 1614 is the second most luminous galaxy within 250 million light-years, NASA further states.

A report in Science News said that the galaxy, which is located approximately 211 million light-years away, is also known as LEDA 15538, Arp 186 and Mrk 617, the galaxy was discovered on 29 December 29 1885 by the American astronomer Lewis Swift.

The galaxy has a bright optical centre and two symmetrical inner spiral arms. It sports outer structure that consists principally of a large one-sided curved extension of one of the arms to the lower right. It also has a long, straight tail that emerges from the nucleus and crosses the extended arm to the upper right.

Here are some reactions that caught our eye:

The beauty of God’s creation never ceases to amaze me

Sometimes I pause when I hear numbers like 200 million light years. We are witnessing something that is so old, that right at this moment, it may not even be existing!

Wow, so great to see this.NASA you are an eye in space for mankind.

Wow who new this happened. Wonder if there will be life afterwards

The universe never ceases to amaze us