The Seismic Experiment for Interior Structure (SEIS) was developed by the French space agency CNES and partners.

NASA on Tuesday released two audio clips of seismic activity on Mars after an "exquisitely sensitive" detector was set down on the planet's surface late last year.
The quakes, far too quiet to be picked up by the human ear, were recorded by the Seismic Experiment for Interior Structure (SEIS) in May and July.
Scientists hope that studying how seismic waves move through the planet's interior will reveal the deep inner structure of Mars for the first time. 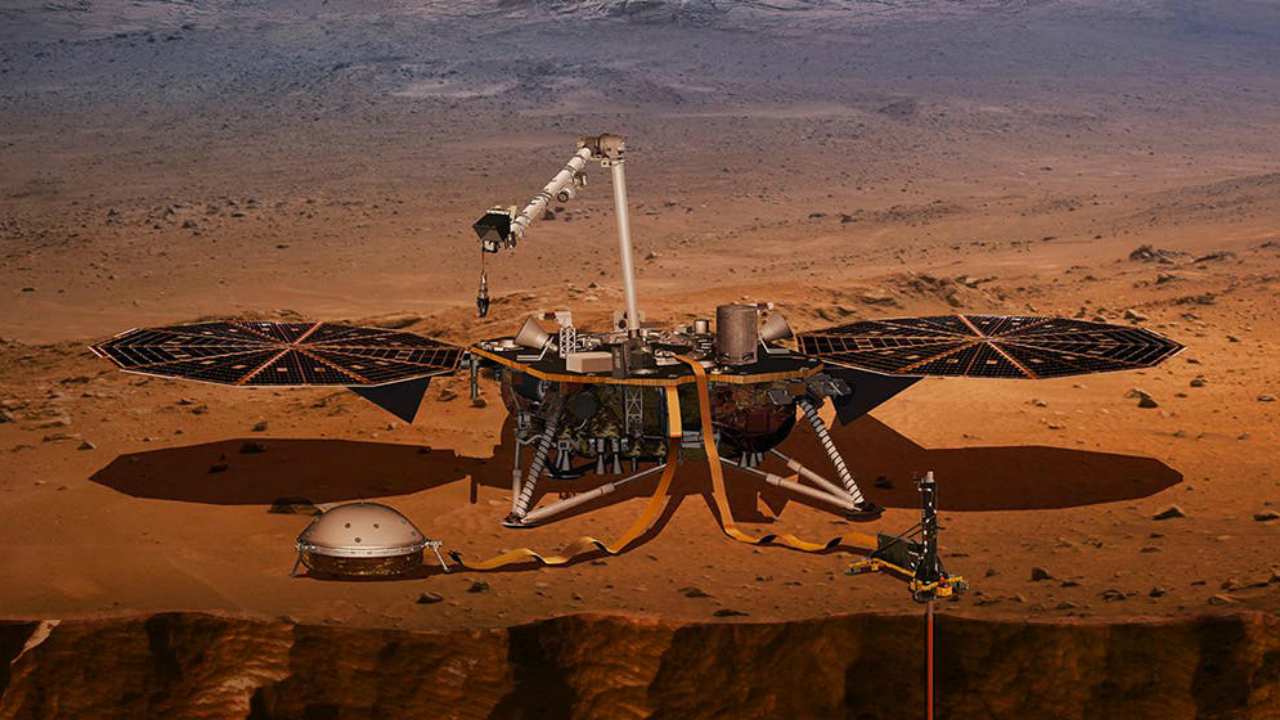 The InSight lander that captured the earthquakes. image credit:NASA

About 20 so-called "marsquakes" have been detected so far by the dome-shaped SEIS, which is carried by NASA's InSight lander that arrived on Mars in November.
The audio — a low, rumbling noise — has been speeded up and processed to be audible through headphones.
One quake was magnitude 3.7 and the other was magnitude 3.3.

"Both suggest that the Martian crust is like a mix of the Earth's crust and the Moon's," NASA's Jet Propulsion Laboratory said. "Mars, with its cratered surface, is slightly more Moon-like, with seismic waves ringing for a minute or so, whereas quakes on Earth can come and go in seconds."
The SEIS was developed by the French space agency CNES and partners.
The audio is available here and here.