The asteroid might be a remanent of an old planet and has nickel and iron core that is similar to Earth.

There is an asteroid with a metal-composition that lurks around between Mars and Jupiter while orbiting the Sun and it is made up mainly of gold.

Named 'Psyche 16', it was first discovered in 1852 by Italian astronomer Annibale de Gasparis and he named the asteroid after the Greek Goddess of Soul 'Psyche'.

Recently NASA announced that it will be launching a mission to the asteroid and the mission is expected to be ready by 2022 for launch. It's estimated that it will arrive at the asteroid by 31 January 2026 but not before they make a fly-by of Mars in 2023.

The asteroid’s core is similar to that of Earth – Nickel and Iron. Scientists think that the asteroid could be the exposed core of an early planet that was as big as Mars. It might have lost its rocky layer due to past violent collisions, billions of years ago. This might be exciting news because it would mean that scientists can look at the history of the solar system when protoplanet dashing cars took place.

A protoplanet is a body of matter that orbits the sun and later develops into planets. 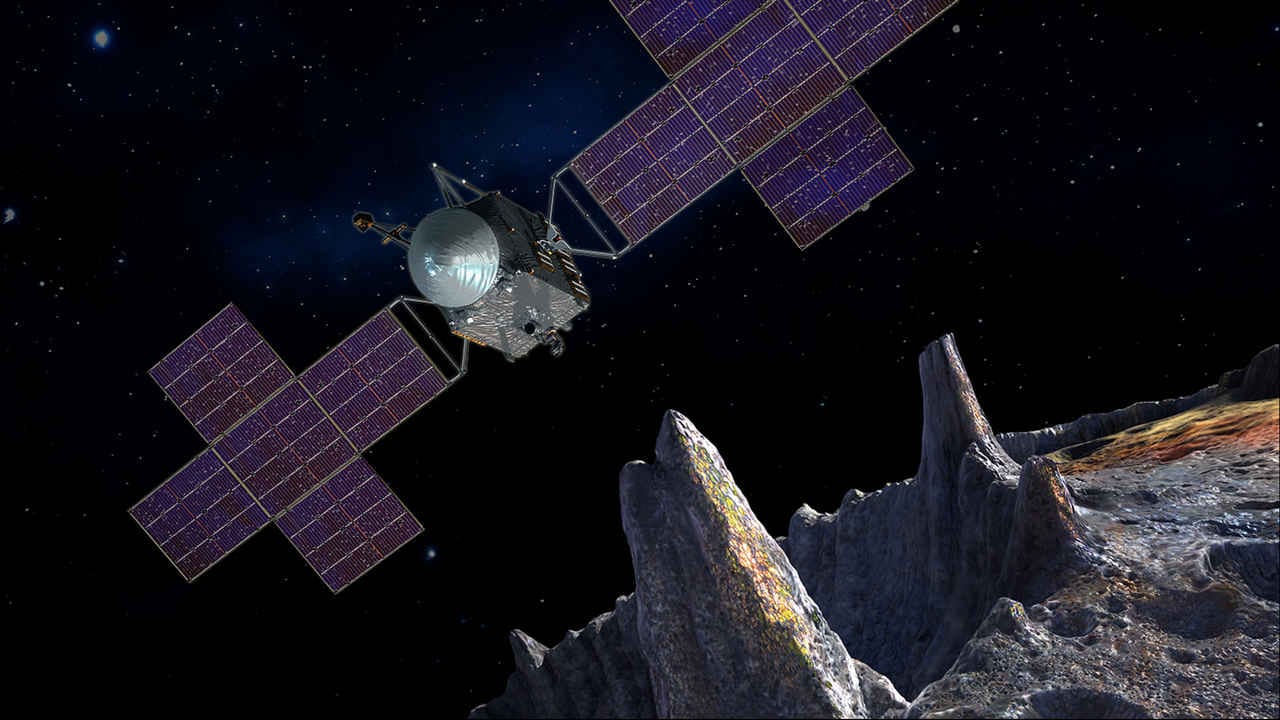 There will be three payloads on the mission that will complete the aim of the mission that are — understanding the formation of planets if Psyche 16 is the core of an old planet. They also want to know how old the asteroid is and how similar the core is to that of our Earth’s.

Several instruments will go onboard the mission including a magnetometer that will detect and measure the magnetic field of the asteroid. A multi-spectral imager will provide high-resolution images using filters to differentiate between Psyche's metallic and silicate constituents. Its gamma-ray and neutron spectrometer will detect, measure and map Psyche's elemental composition. The mission also will test a sophisticated new laser communications technology, called Deep Space Optical Communications.

The Psyche mission is part of NASA's Discovery Program, a series of low-cost, highly-focused robotic space missions. This mission will be led by Arizona State University and NASA's Jet Propulsion Laboratory which is responsible for the management of the mission, its operations and navigation.