On November 26, InSight landed within a 130 km ellipse at Elysium Planitia on Mars.

NASA has pinpointed the exact landing location of its newly launched InSight lander, using a powerful camera onboard another of the agency's spacecraft, hovering around the Red Planet.

On November 26, InSight landed within a 130 km ellipse at Elysium Planitia on Mars. However, there was no way to determine exactly where it touched down within this region.

The HiRISE (which stands for High-Resolution Imaging Science Experiment) aboard Mars Reconnaissance Orbiter (MRO) spotted Martian landscape and ground around the lander on, NASA said in a statement.

It released three new features on the Martian landscape, which appear to be teal. However, it is not their actual colour, but light reflected off their surfaces caused the colour to be saturated. 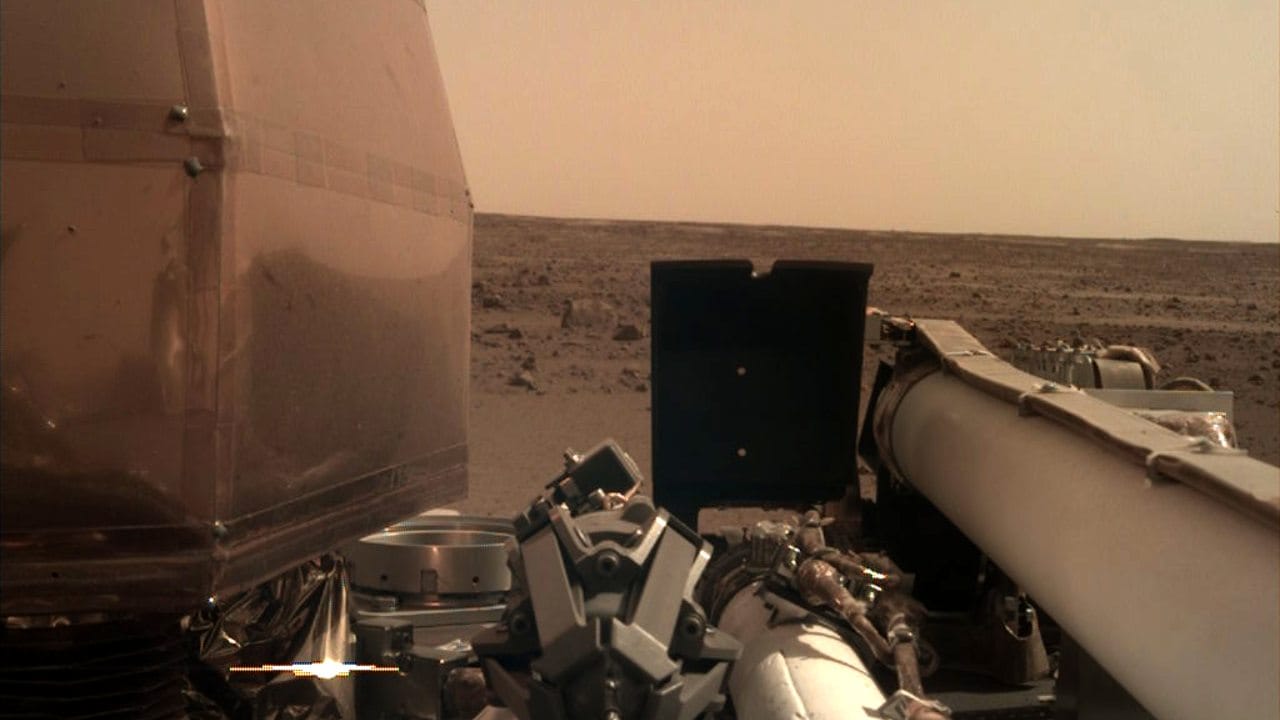 InSight took this image using its robotic arm-mounted, Instrument Deployment Camera (IDC) on the day it landed. All the instruments in the frame are parts of the lander's onboard experiments. Image courtesy: NASA

"The ground around the lander appears dark, having been blasted by its retro-rockets during descent. Look carefully for a butterfly shape, and you can make out the lander's solar panels on either side," NASA said.

They are within 1,000 feet (several hundred meters) of one another on Elysium Planitia, the flat lava plain selected as InSight's landing location.

It snapped a mosaic made up of 11 images, which includes the lander's solar panel and its entire deck, including its science instruments, weather sensor booms and UHF antenna.

The lander also sent another set of mosaic composed of 52 individual photos, showcasing the "workspace" — the approximately 14-by-7-foot (4-by-2-metre) crescent of terrain directly in front of the spacecraft, NASA noted.

InSight will study the interior of Mars, and will explore valuable science as NASA prepares to send astronauts to the Moon and later to Mars.

The spacecraft will operate on the surface for one Martian year, plus 40 Martian days, or sols, until 24 November 2020.