The images of Ultima Thule — taken just 6.5 minutes before its closest approach on 1 January, 2019.

NASA's New Horizons spacecraft has beamed back the sharpest, images of Ultima Thule — the most distant object ever explored by mankind.

Just before its closest approach during the New Year's flyby, the spacecraft precisely pointed the cameras to snap the sharpest possible pics of the Kuiper Belt object officially named 2014 MU69.

The New Horizons has sent those stored flyby images back to Earth, NASA said in a statement.

These images of Ultima Thule — obtained just six and a half minutes before closest approach to the object at 12.33 am EST on 1 January — offer a resolution of about 33 metres per pixel.

Their combination of high spatial resolution and a favourable viewing angle gives the team an unprecedented opportunity to investigate the surface, as well as the origin and evolution, of Ultima Thule — thought to be the most primitive object ever encountered by a spacecraft.

Close-ups from the Kuiper Belt! #NewHorizons has sent home its sharpest images from the #UltimaThule flyby, revealing new details about the farthest object ever explored by spacecraft. https://t.co/vKTWJPUFEG pic.twitter.com/MDvUzW8dL7

"Getting these images required us to know precisely where both tiny Ultima and New Horizons were — moment by moment — as they passed one another at over 32,000 miles per hour in the dim light of the Kuiper Belt, a billion miles beyond Pluto," Alan Stern, of the Southwest Research Institute (SwRI).

"This was a much tougher observation than anything we had attempted in our 2015 Pluto flyby," said Stern, who is also the New Horizons Principal Investigator.

"These 'stretch goal' observations were risky, because there was a real chance we'd only get part or even none of Ultima in the camera's narrow field of view," he said.

"But the science, operations and navigation teams nailed it, and the result is a field day for our science team! Some of the details we now see on Ultima Thule's surface are unlike any object ever explored before," he added. 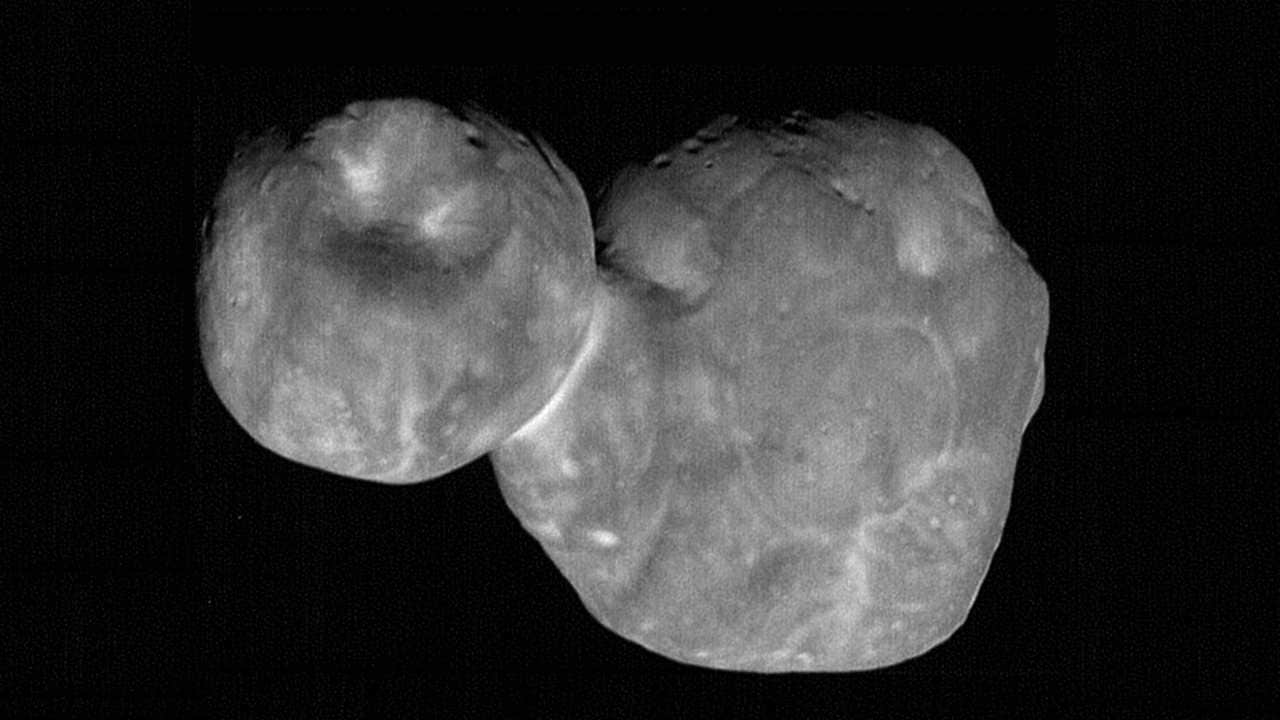 The most detailed images of Ultima Thule — obtained just minutes before the spacecraft's closest approach at 12.33 am EST on 1 Jan — have a resolution of about 33 meters per pixel. Image courtesy: NASA/SwRI

The higher resolution brings out a many surface features that weren't readily apparent in earlier images. Among them are several bright, enigmatic, roughly circular patches of terrain.

In addition, many small, dark pits near the terminator (the boundary between the sunlit and dark sides of the body) are better resolved.

"Whether these features are craters produced by impactors, sublimation pits, collapse pits, or something entirely different, is being debated in our science team," said John Spencer, deputy project scientist from SwRI.

Project Scientist Hal Weaver, of the Johns Hopkins Applied Physics Laboratory, noted that the latest images have the highest spatial resolution of any New Horizons has taken — or may ever take — during its entire mission.