NASA may opt for inflatable habitats to house future human missions to Moon, Mars and beyond

When astronauts orbit the moon or live on its surface in the decade ahead, they will probably be doing so inside inflatable space lodges now in development. Dozens of NASA officials and veteran astronauts are wrapping up a review of five space habitat mockups built by different companies. The mockups offer the U.S. space agency ideas for an ideal Gateway – the planned research outpost in lunar orbit that will house and transfer astronauts to the surface of the moon.

“The whole point is to define what we like and what we don’t like about these different habitats,” NASA astronaut Mike Gernhardt, principal investigator for the testing campaign, told Reuters.

He and his team were making a final inspection recently in Las Vegas, Nevada at the headquarters of Bigelow Aerospace, a space habitat company founded by hotel chain billionaire Robert Bigelow. 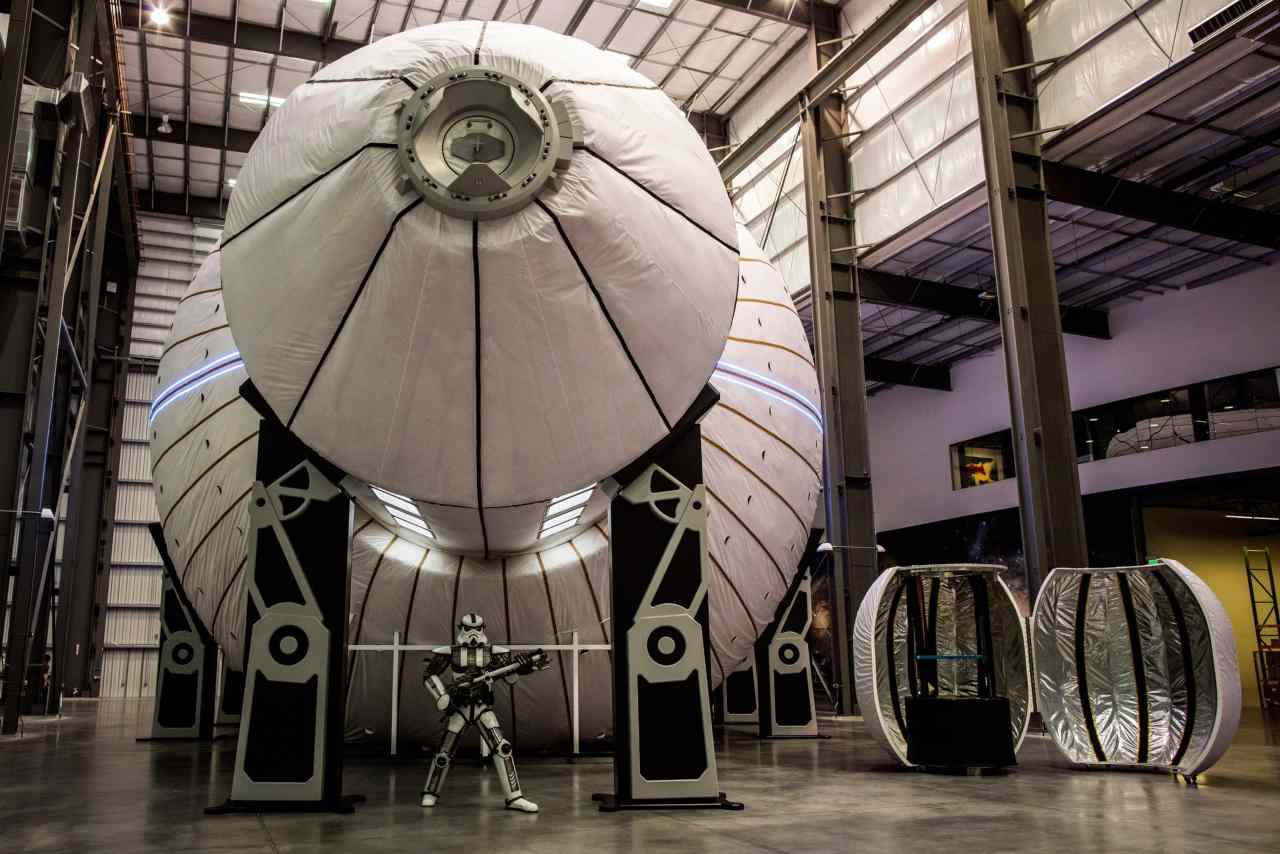 The prime candidate for habitats to be carried aboard the lunar gateway. Image: Bigelow Aerospace

US Vice President Mike Pence in March told NASA to land its first crew of astronauts on the moon by 2024. That accelerated timeline spawned the space agency’s Artemis program, which calls for privately built lunar landers, robotic rovers and Lunar Gateway — a modular space station in orbit around the Moon with living quarters for astronauts, a lab for science and ports for visiting spacecraft.”Gateway is an opportunity to test all these structures in a deep space environment... as a prelude to going to Mars,” Bigelow told reporters. “Potentially we think that for the rest of this century, the expandable architecture is where it’s at.”

Bigelow’s B330 habitat, launched from Earth compacted inside a rocket, is made of a fabric-like material designed to shield inhabitants from deep-space radiation and high-speed space debris. Once docked alongside other Gateway modules in lunar orbit, the habitat unfurls into a two-story, 55-foot-long (16-meter-long) outpost that up to six astronauts could stay in.

The lunar space habitat and colonization program is expected to cost over a billion dollars through 2028.

Each of the companies received a chunk of the $65 million that NASA allotted in 2017 to develop the prototypes. The space agency’s proposed funding for 2020 includes $500 million to kickstart the development of an initial version of Gateway. Companies are giving NASA ideas — such as where to place astronaut toilets, how big the beds should be and how many windows the station should have. Those will inform a blueprint that NASA is due to release in the coming months.

NASA wants the habitats to include exercise equipment, a small kitchen, noise-canceling sleep stations that also block out light and “a reliable and easy-to-use toilet that’s in a location that minimizes the potential for cross-contamination with science and meal preparation activities,” Gernhardt told Reuters.

Gernhardt and two other astronauts spent three days living in each prototype habitat. For its Gateway habitat mockup, Lockheed Martin is outfitting beds, tables and windows in a 15-foot-wide and roughly 22-foot-long stainless steel structure originally designed as a shipping container to carry supplies to and from the International Space Station.

“The space that you’re living in has to be reconfigurable for the task at hand,” Bill Pratt, Lockheed’s habitat program manager, told Reuters. “Like in an RV, your table becomes the bed that you sleep on at night.”

Bigelow said his B330 habitat has two toilets for a crew of up to six to use, and that entertainment in the form of virtual-reality Earth simulations for astronauts to feel at home was in the works for future habitats that will revolve around Mars.