The unmanned Cygnus, designed to burn up on re-entry, is used to dispose of trash from the ISS.

Carrying about 3,400 kilograms of science, research, supplies and hardware, the Cygnus spacecraft blasted off in the agency's Antares 230 rocket from NASA's Wallops Flight Facility in Virginia, the statement announced.

This shuttle of rations to the ISS crew makes it Northrop Grumman's tenth delivery flight to the ISS. The spacecraft is expected to arrive at the station on Monday 19 November.

The crew resupply missions allow astronauts in the ISS to carry out dozens of new and continuing investigations, contributing to almost 250 science and research studies. Some of these experiments include a demonstration of 3D printing, recycling and simulating the formation of celestial bodies out of stardust, NASA said in a statement.

Cygnus also carried medical supplies, spacesuits and other equipment to replace items that never made it to orbit last month because of a Russian rocket failure; the two men who were riding the rocket survived their emergency landing.

Three other astronauts are set to launch from Kazakhstan on 3 December. 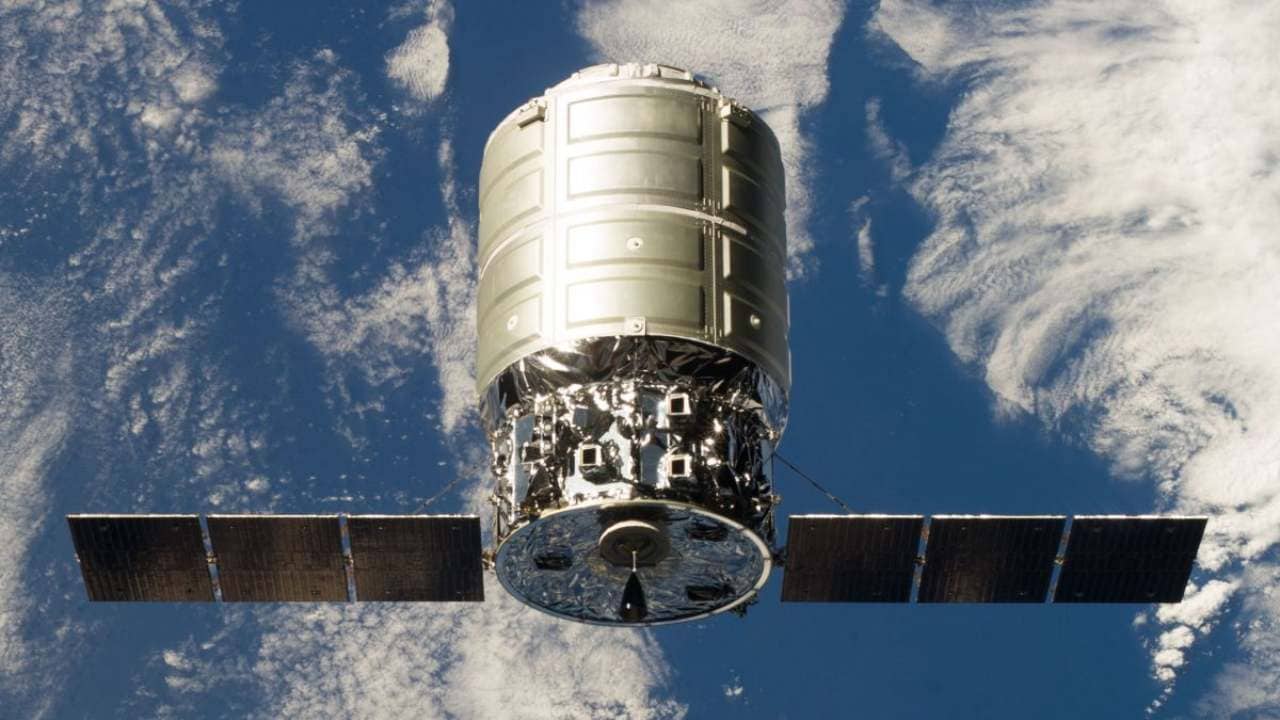 The Cygnus spacecraft as it departs from the International Space Station in 2014. Image courtesy: ESA

The Cygnus spacecraft is scheduled to stay for three more months at the ISS before its destructive re-entry into Earth's atmosphere. In a multi-year agreement with NASA, the unmanned Cygnus cargo spacecraft is part of an ongoing garbage disposal arrangement for trash generated onboard the ISS.

The unmanned Cygnus cargo vessel was designed to burn up upon re-entry into the Earth's atmosphere and so provides an excellent opportunity for waste-disposal.

The spacecraft is loaded with several tonnes of trash from the ISS and disposed of with the spacecraft as it is burnt to a crisp passing through the Earth's atmosphere.

This Cygnus (or Swan) is named the 'S S John Young' to honor the legendary astronaut who walked on the moon and commanded the first space shuttle flight. Young died in January this year.

SpaceX is NASA’s other commercial shipper for the space station; its Dragon capsule is set to lift off in early December.

The Cygnus spacecraft will remain at the space station until February.