On 26 December 2019, when it was just 62,000 miles away from the planet, JIRAM clicked 300 infrared images during its closest approach.

National Aeronautics and Space Administration's (NASA) Juno spacecraft has taken the first images of Jupiter's moon Ganymede's icy north pole. In the process, it has also produced the first infrared mapping of the region.

The space agency shared the image on Twitter, alongside the caption, "For the first time ever, @NASAJuno imaged the north pole of the largest moon in the solar system: Jupiter's moon Ganymede." 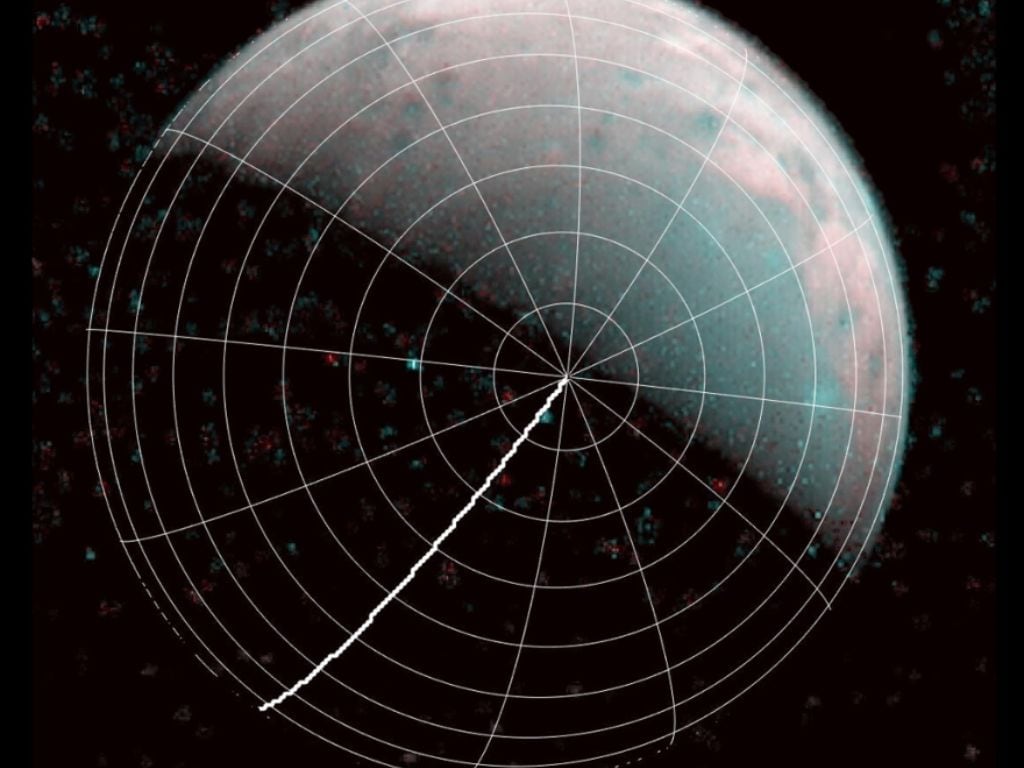 The north pole of Ganymede can be seen in the center of this annotated image taken by the JIRAM infrared imager aboard NASA's Juno spacecraft on 26 December 2019. The thick line is 0-degrees longitude. Image credit: NASA/JPL-Caltech/SwRI/ASI/INAF/JIRAM

According to a statement by NASA, the infrared image was captured by the spacecraft's Jovian Infrared Auroral Mapper (JIRAM) instrument when it was inbound for a flyby of Jupiter on 26 December 2019.

JIRAM clicked 300 infrared images during its closest approach when it was just 62,000 miles away from the planet.

For the first time ever, @NASAJuno imaged the north pole of the largest moon in the solar system: Jupiter's moon Ganymede. https://t.co/IQZxjJpdaI pic.twitter.com/7qxNTgGQA6

According to the statement, Ganymede is the only moon in the solar system with its own magnetic field. The image highlights how the ice at and surrounding Ganymede's north pole has been modified by the precipitation of plasma. Alessandro Mura, a Juno co-investigator at the National Institute for Astrophysics in Rome added, "It is a phenomenon that we have been able to learn about for the first time with Juno because we are able to see the north pole in its entirety." These images the JIRAM instrument aboard NASA's Juno spacecraft took on Dec. 26, 2019, provide the first infrared mapping of Ganymede's northern frontier. Frozen water molecules detected at both poles have no appreciable order to their arrangement and a different infrared signature than ice at the equator. Image credit: NASA/JPL-Caltech/SwRI/ASI/INAF/JIRAM

The statement adds that the revelations by Juno and JIRAM will benefit further missions to Jupiter. Giuseppe Sindoni, program manager of the JIRAM instrument for the Italian Space Agency added, "These data are another example of the great science Juno is capable of when observing the moons of Jupiter."

Ganymede is the largest moon in our solar system, larger even than the planet Mercury. It was discovered by Galileo Galilei on 7 January 1610 along with three other Jovian moons. These were the first moons found to orbit a planet other than Earth.