The HAVOC Project remains free of a timeline as the requisite technology doesn't yet exist.

NASA has a wild new plan to explore Venus — a project called the High Altitude Venus Operational Concept (HAVOC). It involves a range of missions to the planet’s atmosphere, including crewed missions in its later phases.

The HAVOC project, led by the space agency's Systems Analysis and Concepts Directorate (SACD) looks to begin exploration of Venus as a possible place for human settlement and ending with achieving just that — building a human settlement on our neighbouring planet.

The outlines so far describe a fleet of manned and piloted helium-filled airships that cruise along Venus’s atmosphere — like a flying city — 50 kilometers from the surface. Airships are a large part of the HAVOC concept. Image courtesy: NASA

Setting up cloud cities on Venus "would definitely be a very big technological challenge, but it is something that we envision could be possible down the road," Chris Jones, from the NASA Langley Research Center in Virginia told Space.com.

As exciting and important as Venus is as a prospect for space exploration and human settlement — it comes with a lot of strings attached.

Venus and Earth are very similar in geology — so much so that some refer to it as Earth’s twin by some. The two planets are roughly identical in size, mass and rocky in composition.

However, life on the surface of Venus would be unbearably hot — enough to melt lead, NASA said.

The combination of trapped heat from the sun by the atmosphere and the heat Venus generates internally are the biggest culprits for these extreme temperatures. 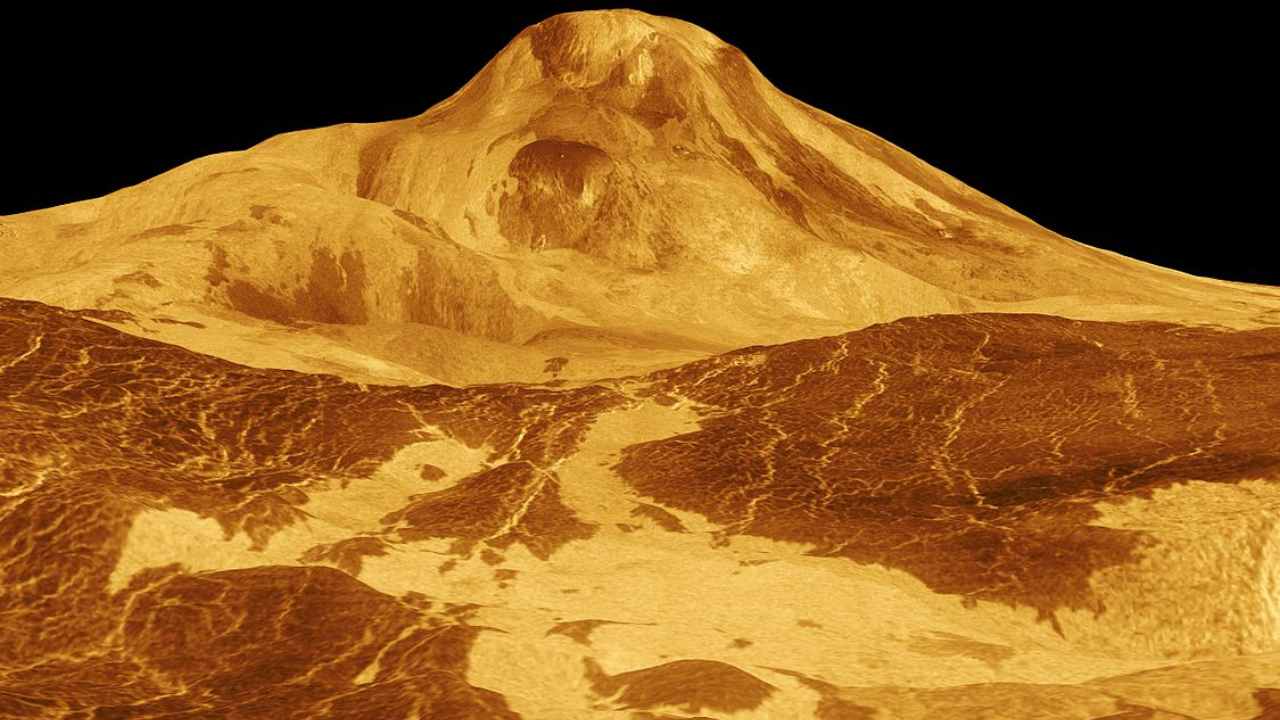 An image of Maat Mons, a massive shield volcano. It is the second-highest mountain, and the highest volcano, on Venus. It's been recreated from Magellan data. Image courtesy: NASA

Between the lower atmosphere and the surface of Venus are some of the hottest known places in the solar system.

If that wasn’t challenge enough, the atmosphere of Venus is loaded with carbon dioxide and dense with sulfuric acid clouds — both of which create too harsh an environment for living beings to sustain themselves.

It is also covered with craters, volcanoes, mountains and lava plains, NASA says.

So far, HAVOC remains a concept, and one backed by many studies about the considerations and challenges the project is up against.

But NASA’s Systems Analysis and Concepts Directorate SACD wing has a rough sketch of the mission’s agenda — which unfolds in 5 phases.

Evidently, a plan for well into the future (till reliable life-support and deep-space vehicles come to exist, at least), it’ll be a few years before we see the HAVOC mission get the green light.

An important milestone before then could be the activation of the proposed Lunar Orbital Platform-Gateway, the construction of which tentatively begins in September 2022.