NASA Hubble, Spritzer paired up to find chemical signatures of an exoplanet

The telescopes were pointed to the exoplanet to study 12 transits & 20 eclipses around its home star.

Two NASA telescopes — Hubble and Spitzer, joined their (metaphorical) telescope hands for the first time to seek out chemical 'fingerprints' of an exoplanet 12.6 times the size of Earth. The telescopes are equipped with tools to study chemical fingerprints in light signals from the exoplanet using a process known as spectroscopy.

The planet in question, called Gliese 3470 b, is not in our solar system, which is why it is called an 'exoplanet'.  Gliese 3470 b is almost a cross between planets Earth and Neptune and has a large, rocky core. Scientists thought this planet would have heavier elements like oxygen and carbon, too, but its atmosphere is dominated with hydrogen and helium, much closer in composition to the Sun.

Before being retired in 2018, another telescope project by NASA — the Kepler Space Telescope — made several exoplanet discoveries with very similar properties to Gliese 3470 b. And while it was clear that Kepler's Earth-like exoplanets were between the sizes of Earth and Neptune, scientists weren't able to spell out the chemical nature of these planets — till now. 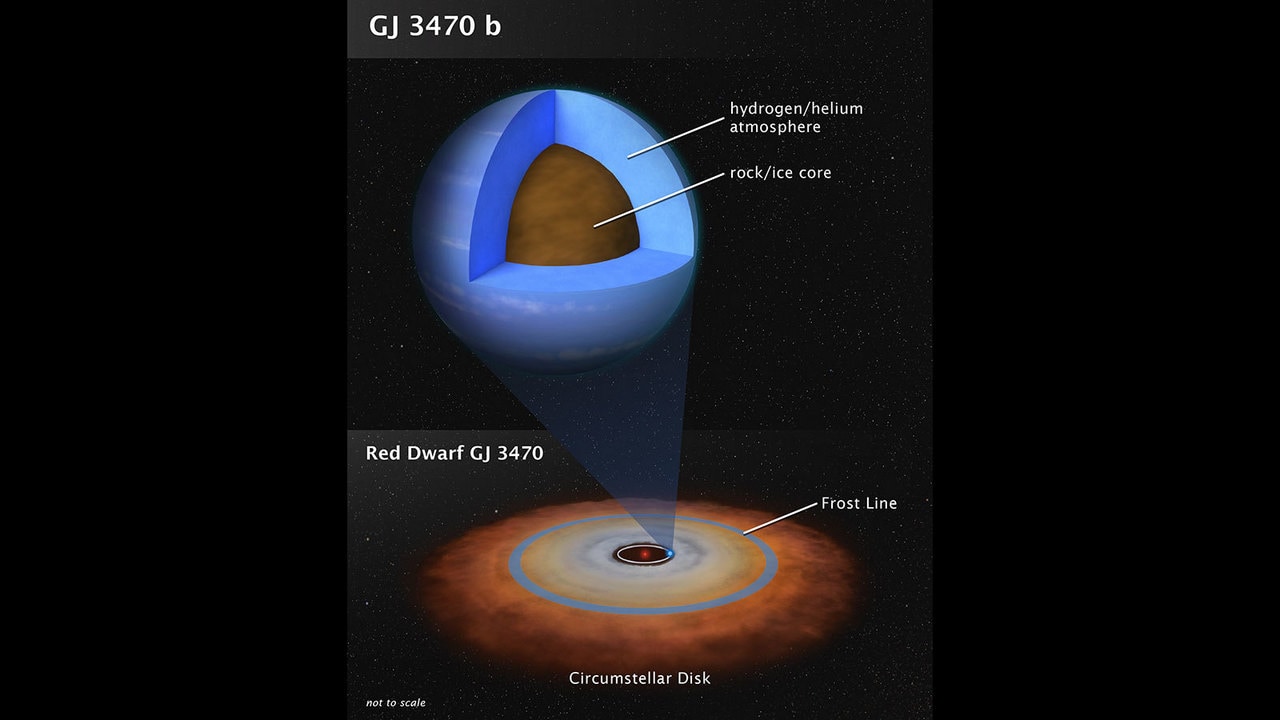 "This is a big discovery from the planet-formation perspective. The planet orbits very close to the star and is far less massive than Jupiter — 318 times Earth's mass — but has managed to accrete the primordial hydrogen/helium atmosphere that is largely 'unpolluted' by heavier elements. We don't have anything like this in the solar system, and that's what makes it striking," Björn Benneke of the University of Montreal in Canada, said in a press release.

The two telescopes were teamed to accurately photograph Gliese 3470 b as it passed in front of its star (called a 'transit') and when it moved behind its star (its 'eclipse'). The scientists used the telescopes to observe a total of 12 transits and 20 eclipses of the exoplanet to draw conclusions. From their observations, researchers think this exoplanet formed near its star — possibly a red dwarf star. When formed, it stayed close, unlike ‘hot Jupiters’ — giant gas planets that form far away from their star at first but move closer as time passes.