NASA shared an image of a tabular iceberg separated off the Larsen C ice shelf at 90-degree angles.

When someone says iceberg, it may remind you of the famous image of a massive chunk of ice floating in the water, seven-eighths of it submerged; or it may even remind you of the Hollywood hit Titanic. However, in neither of the visual systems that register in your brain, will you ever see what NASA just saw.

Nature has strange ways of reminding us of its aesthetic nature, and this time it chose to express it by showing a rather symmetric iceberg. NASA ICE on Twitter, shared an image of a tabular iceberg floating in the sea, freshly separated off the Larsen C ice shelf. The slab appears to be cut precisely at 90-degree angles, making it look like someone deliberately did it.

From yesterday's #IceBridge flight: A tabular iceberg can be seen on the right, floating among sea ice just off of the Larsen C ice shelf. The iceberg's sharp angles and flat surface indicate that it probably recently calved from the ice shelf. pic.twitter.com/XhgTrf642Z

The image was discovered by NASA as part of 'Operation IceBridge.' It is an ongoing mission to monitor changes in polar ice. Developments and changes in ice are followed in an airborne mission to the ICESat satellite.

The objective is to document Earth's polar regions in images so that researchers can study changes in ice, in terms of thickness, location, accumulation, and more 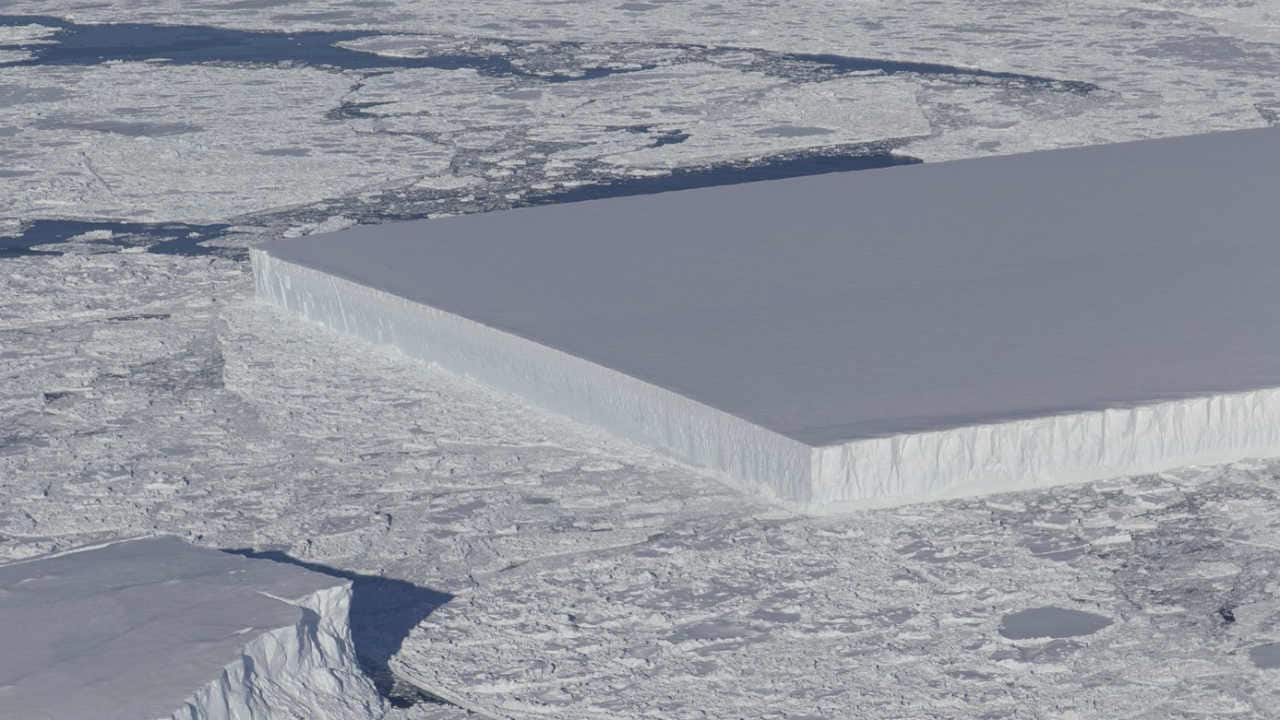 The iceberg may seem odd to you, but it appears that it is a natural phenomenon. Icebergs are known to have two shapes, tabular and non-tabular. Tabular icebergs generally have steep sides and a flat top. They look much like a plateau and the length-to-height ratio above water is more than 5:1.

According to a report by Live Science, Kelly Brunt, an ice scientist with NASA and at the University of Maryland, there is a possibility that this iceberg was formed by a process that's quite common along the edges of icebergs.

"Tabular icebergs form, through a process that's a bit like a fingernail growing too long and cracking off at the end. They're often rectangular and geometric as a result. What makes this one a bit unusual is that it looks almost like a square," Brunt said.

It is not easy to tell the actual size of the iceberg from the photo, but it sure is unlike what we've seen and it's pretty cool.