According ESA, Mumbai and Delhi have witnessed a significant reduction of around 40 to 50 percent of NO2 compared to last year.

The lockdown imposed by the government to restrict the spread of novel coronavirus has also started to show a positive effect on air quality across the country. During the COVID-19 lockdown that started on 25 March, there has been a remarkable reduction in pollution levels across major Indian cities.

According to a report by the European Space Agency (ESA), Mumbai and Delhi have witnessed a significant reduction of around 40 to 50 per cent of nitrogen dioxide (NO2) compared to the same period last year. 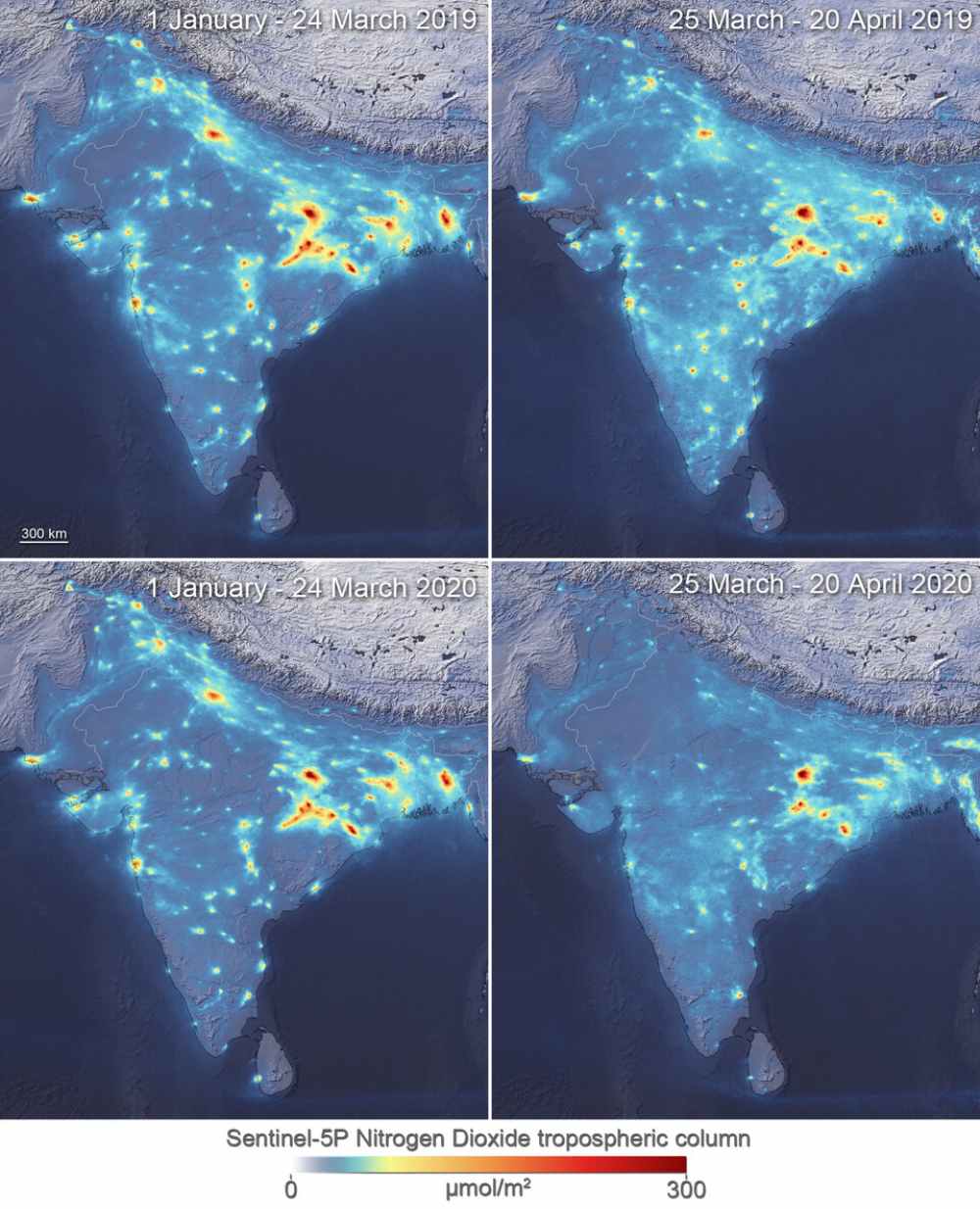 According to the agency, the new satellite maps, created using data from the Copernicus Sentinel-5P satellite, showed a reduction in average NO2 concentrations over India from 1 January to 24 March 2020 and 25 March to 20 April 2020 – compared to the same period last year.

“The significant reduction in the concentrations can be seen over major cities across India,” Claus Zehner, ESA’s Copernicus Sentinel-5P mission manager said.

Zehner said that in the new maps showed high values of NO2 concentrations over northeast India. “Our analysis shows that these clusters are directly linked with the locations of the ongoing coal-based power plants. The largest power station in India, the Vindhyachal Super Thermal Power Station, shows a reduction of only around 15% compared to the same time last year,” he added.

NO2 is usually emitted into the atmosphere from power plants, industrial facilities and vehicles. High levels of NO2 increase the possibility of developing respiratory problems.

US space agency NASA too in its report said that its satellite sensors have observed aerosol levels at a 20-year low in northern India since the government imposed the COVID-19 lockdown. The first five maps above show aerosol optical depth measurements over India during the same March 31 to April 5 period for each year from 2016 through 2020. The sixth map (anomaly) shows how AOD in 2020 compared to the average for 2016-2019. Image credit: NASA

NASA retrieved the data from the Moderate Resolution Imaging Spectroradiometer (MODIS) on its Terra satellite.

Aerosols are tiny airborne particles which reduce visibility and can cause lung and heart damage in humans.

“We knew we would see changes in atmospheric composition in many places during the lockdown. But I have never seen aerosol values so low in the Indo-Gangetic Plain at this time of year,” Pawan Gupta, a Universities Space Research Association (USRA) scientist at NASA’s Marshall Space Flight Center said.