NASA, crew, astronaut families pay homage to the fallen on 35th anniversary of the Challenger disaster

This year’s observance focused on the Challenger crew but it also paid tribute to the 18 whose names are carved into the granite mirror at Kennedy’s visitor complex.

NASA leaders, retired launch directors, families of fallen astronauts and space fans marked the 35th anniversary of the Challenger disaster on Thursday, vowing never to forget the seven who died during liftoff. The pandemic kept this year’s remembrance more muted than usual. Barely 100 people — all masked and seated or standing far apart — gathered in front of Kennedy Space Center’s Space Mirror Memorial. The late morning ceremony was held almost exactly the same time as the accident shortly after liftoff on 28 January 1986. 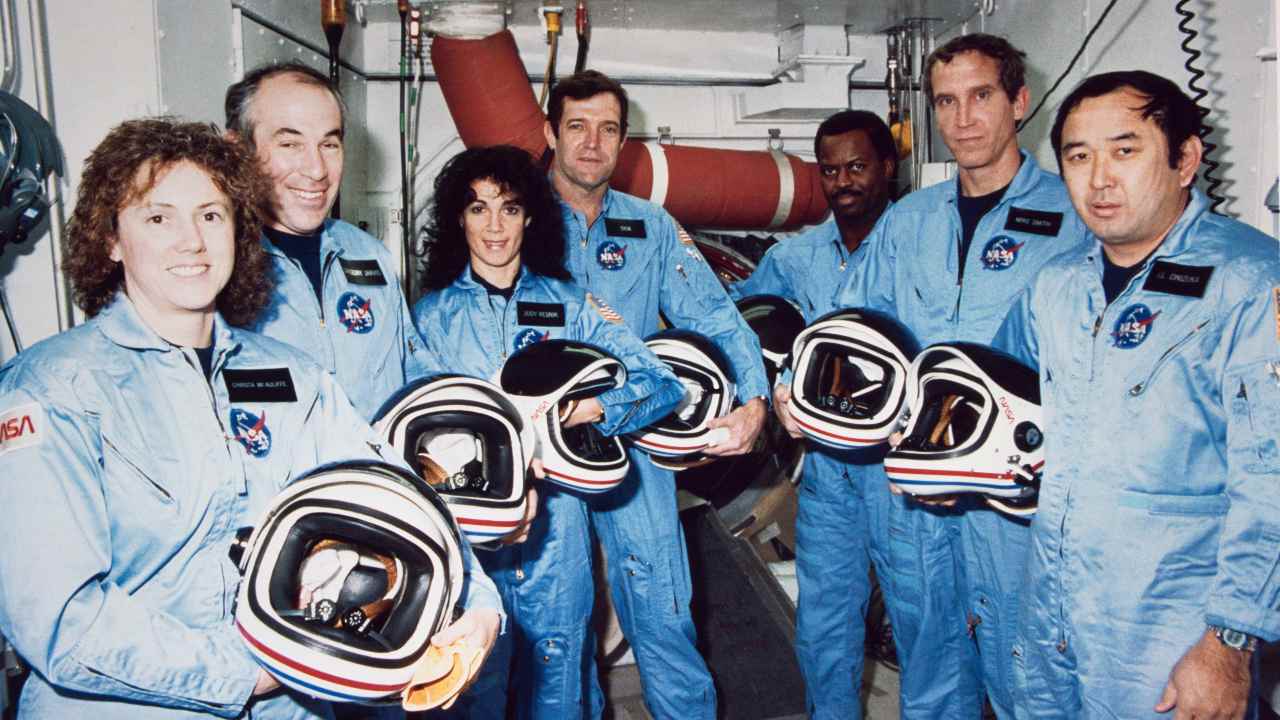 Among the attendees: Donna Smith, visiting from Florida’s Gulf Coast to “make sure they’re never forgotten.” She was a high school student when the crew was lost; the sky was so clear that frigid morning that she could see the doomed launch all the way across the state.

The widow of Challenger commander Dick Scobee quietly observed the anniversary from her home in Chattanooga, Tennessee. In a recent interview, June Scobee Rodgers said the presence of teacher Christa McAuliffe on the flight added to the crew’s lasting legacy. Scobee Rodgers, herself a longtime educator, said her husband was assigned the teacher-in-space flight because of her own career. NASA figured “he would have compassion for a teacher,” she told The Associated Press.

A social studies teacher in Concord, New Hampshire, McAuliffe was going to perform experiments and offer lessons from space.

Scobee Rodgers helped establish the Challenger Center for Space Science Education in the wake of the accident, along with the other Challenger families. She said that helped all of them heal and “move forward.”

“In their loss, somehow, their mission continues in many, many different ways,” she said.

Flags flew half-staff at NASA centres around the country Thursday, with small ceremonies also held at Johnson Space Center in Houston and Arlington National Cemetery in Virginia. The US Mint is offering a new commemorative silver dollar honouring McAuliffe.

This year’s observance focused on the Challenger crew — McAuliffe, Scobee, Michael Smith, Judith Resnik, Ellison Onizuka, Ronald McNair and Gregory Jarvis. But it also paid tribute to the 18 others whose names are carved into the massive granite mirror at Kennedy’s visitor complex.

Seven were killed during reentry aboard shuttle Columbia on 1 February 2003. Three died in the Apollo 1 fire on the launch pad on 27 January 1967. Another was killed in a Virgin Galactic test flight in 2014. Plane crashes claimed the rest.

“We honour these heroes and remind ourselves of the lessons that the past continues to teach us,” said Kennedy’s deputy director, Janet Petro.

Petro noted that SpaceX is now flying astronauts to the International Space Station for NASA, and more new spaceships are on the horizon. Many of the newcomers were not around for the shuttle accidents, she said, and so the hard lessons must be shared.

Poor management and a stifling culture contributed to both shuttle accidents. Challenger was brought down by eroded O-ring seals in the right solid rocket booster, Columbia by a chunk of foam insulation that broke off the fuel tank at liftoff and pierced the left-wing.

Retired launch director Mike Leinbach — who was at Kennedy for both shuttle tragedies — said his one wish is for no more names to be added to the memorial.