Optimism will share space in the Mars Yard with Maggie, the engineering model that stands in for NASA's Curiosity rover.

The National Aeronautics and Space Administration (NASA), on 30 July, launched its fifth Mars mission, the Perseverance Mars rover to bring the first Martian rock samples back to Earth to be analysed for evidence of ancient life.

As NASA's Mars rover Perseverance continues on its journey towards the Red Planet, the space administration conducted a driving test full-scale engineering version of the six-wheeler's twin on Earth. Called Optimism, Perseverance's twin's test took place in a warehouse at Jet Propulsion Laboratory on 1 September. 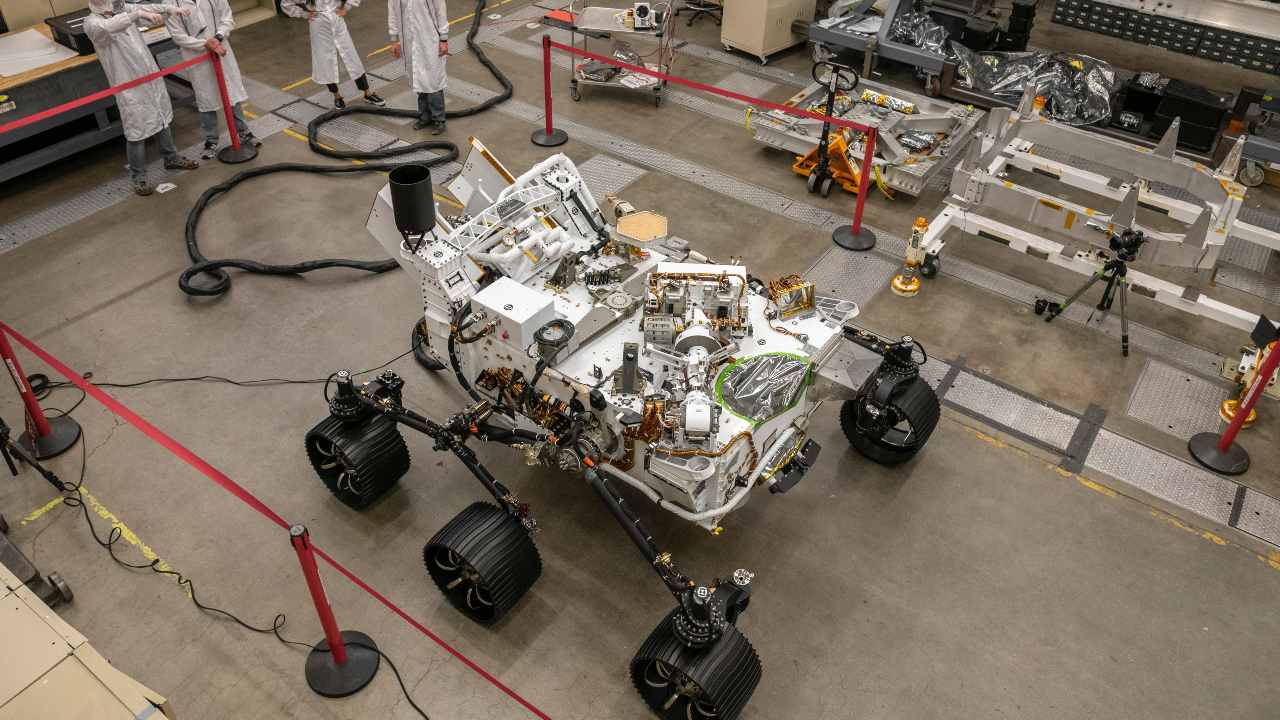 Engineers test drive the Earth-bound twin of NASA's Perseverance Mars rover for the first time in a warehouselike assembly room at the agency's Jet Propulsion Laboratory in Southern California on Sept. 1, 2020. Image credit:NASA/JPL-Caltech

Engineers now expect to take it out to the Mars Yard — a field of red dirt studded with rocks and other obstacles that stimulate the Red Planet's surface.

According to Anais Zarifian, the mobility testbed engineer at JPL, Optimism is the test robot that comes closest to simulating the actual mission operations Perseverance will experience on Mars.

Since Perseverance is not flying to Mars with a mechanic, the team needs to see how Earth-bound vehicle system testbed (VSTB) functions to figure out how hardware and software will perform before they transmit commands to the rover on Mars.

Optimism is an acronym for Operational Perseverance Twin for Integration of Mechanisms and Instruments Sent to Mars.

Optimism will share space in the Mars Yard with Maggie (Mars automated giant gizmo for integrated engineering), the engineering model that stands in for NASA's Curiosity rover.

NASA's Matt Stumbo, the lead for the VSTB rover on the testbed team added, "The Curiosity mission has learned lessons from Maggie that were impossible to learn any other way.”

According to Stumbo, since now they have Optimism, it will be easier for them to know everything they need to succeed with the Perseverance mission on Mars.

As per NASA, the Mars 2020 mission is part of a larger programme that includes missions to the Moon as a way of preparing human exploration of Mars.