NASA, in the run up to Halloween, released an image of the sun looking like a pumpkin.

It's All Hallows Eve (that's the official term for Halloween) and everyone, I mean everyone, wants to join in the celebrations.

For us space nerds, NASA has decided to up their spook factor and has gone on a horror spree.

First, they re-released an image of the sun that looked eerily like a carved jack-o'-lantern pumpkin. It was smiling and everything.

They shared this image on their social media with the caption, "Even our stars celebrate the spooky season – in 2014, active regions on the Sun created this jack-o’-lantern face, as seen in ultraviolet light by our Solar Dynamics Observatory Satellite.” 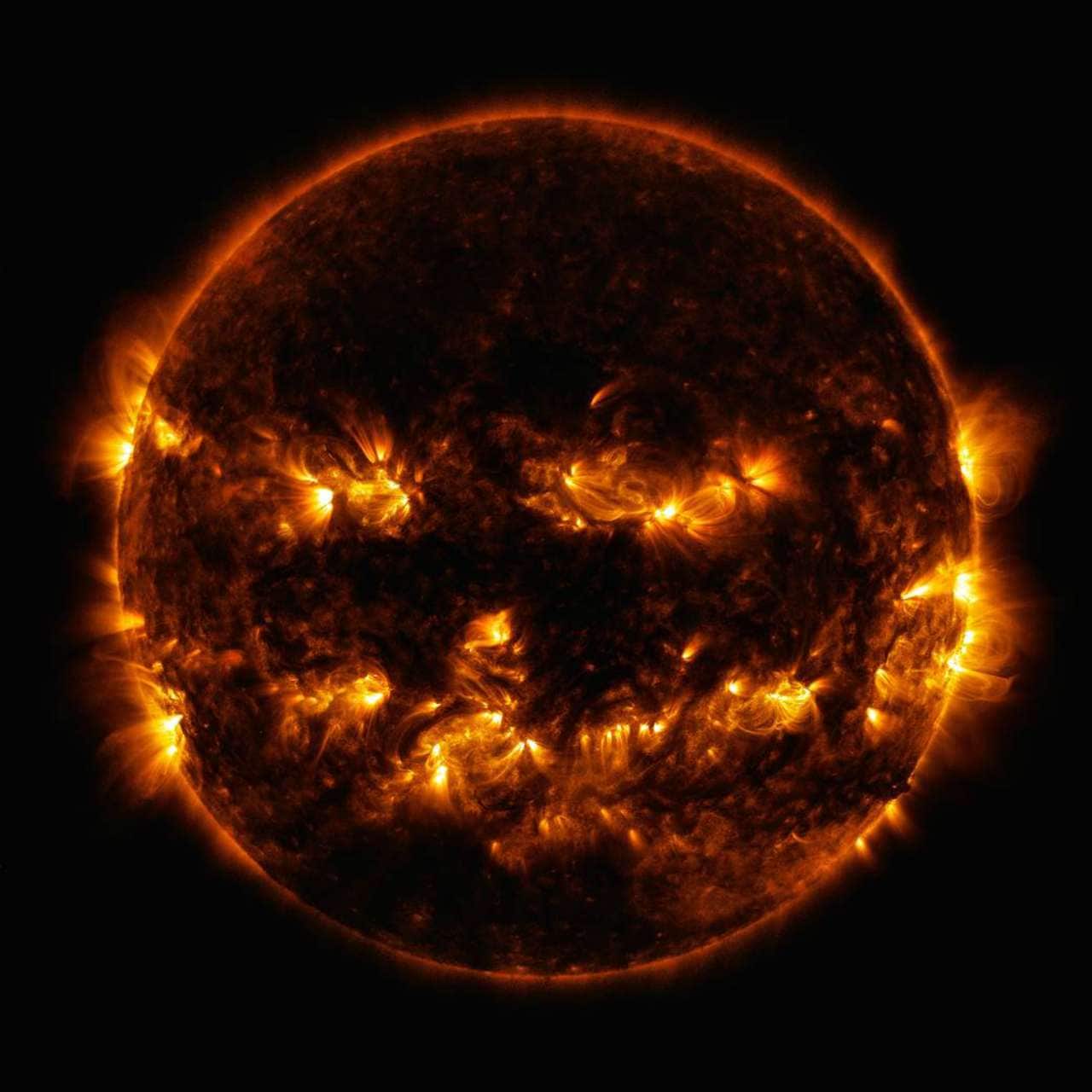 And while we did wonder if it was just a really well-edited picture, we hope that's not true.

NASA, in a press release, explained the occurrence.

They said, "The active regions in this image appear brighter because those are areas that emit more light and energy. They are markers of an intense and complex set of magnetic fields hovering in the sun’s atmosphere, the corona."

This image was captured in 2014 by NASA's Solar Dynamics Observatory. Its main mission is to keep a watchful eye on the sun because it is the source of all space weather. It is supposed to help us understand where the sun's energy comes from, how is it stored and released into the atmosphere.

Wondering what's so spooky and great about them?

Usually, when we hear about exoplanets aka any planet that exists outside our solar system, we are looking for ones that have atmospheres similar to earth and those that are habitable for human beings. Well, not all planets are hospitable, some of them have weather conditions and surfaces that are not welcoming. The two vintage movie posters made on the exoplanets. Image credit: NASA

In the case of planet HD 189733 b, the atmosphere is full of silicates, which is the main component in sand and glass. The wind blows at speeds of over 6,700 kph. At those speeds, the silicates whipping through the air might create a perpetual storm of flying glass. If human or robotic explorers could travel 63 light-years from Earth to get there, they would never survive this planetary hell.

The second poster features three planets – Poltergeist, Draugr and Phobetor – orbiting the pulsar PSR B1257+12, located about 2,000 light-years from Earth. Sometimes called a "dead star," a pulsar is the remains of a star that has ceased burning fuel at its core and collapsed. But it isn't a quiet corpse. These collapsed stars rotate at incredible speeds, emitting high energy radio pulses at fixed intervals. Hence the name. Like other pulsars, PSRB 1257+12 produces dual beams of intense radiation that can sometimes be seen across the galaxy. Stray radiation and high-energy particles from pulsars will attack three nearby planets. Life as we know it could never form on these worlds.