According to NASA, the experiment will allow them to identify the optimum balance of care and feeding needed to produce quality plants.

According to NASA, she collected and wrapped in foil, each of the 20 radish plants, placing them in cold storage for the return trip to Earth in 2021 during SpaceX's 22nd Commercial Resupply Services mission.

As per NASA, the experiment, Plant Habitat-02 (PH-02) is the first time NASA has grown radishes on the orbiting laboratory. They selected the plant because it is well understood by scientists and reaches maturity in just under a month. Furthermore, they are nutritious, edible and genetically similar to Arabidopsis that researchers frequently study in microgravity. 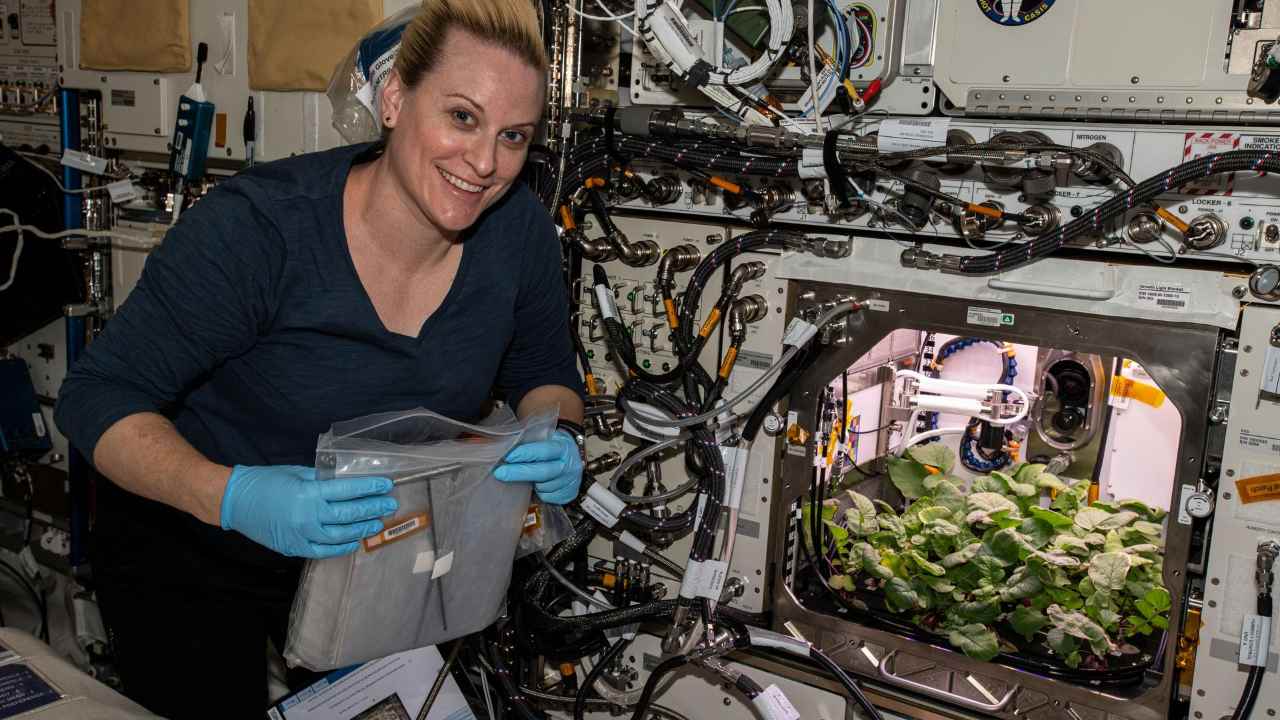 NASA astronaut and Expedition 64 Flight Engineer Kate Rubins checks out radish plants growing for the Plant Habitat-02 experiment that seeks to optimize plant growth in the unique environment of space and evaluate nutrition and taste of the plants.
Credits: NASA

Speaking about the experiment, Nicole Dufour, NASA APH program manager at Kennedy Space Center stated that radishes are a different kind of crop compared to leafy greens that astronauts have previously grown on the space station, adding that growing a range of crops helps them understand which plants thrive in microgravity and offer the best variety and nutritional balance for astronauts on long-term missions.

The study’s principal investigator, Karl Hasenstein added that radishes provide great research possibilities by virtue of their sensitive bulb formation and one can grow 20 plants in the APH, analyse CO2 effects, and mineral acquisition and distribution.

According to NASA, the experiment will allow them to identify the optimum balance of care and feeding needed to produce quality plants.

The study's principal investigator, Karl Hasenstein hopes to learn how space conditions like weightlessness affect plant growth. However, the historic harvest does not mean a conclusion to the experiment, Dufour has added.

According to her, after the first harvest, a second carrier will be used to repeat the experiment by planting another set of radish seeds to increase sample size and improve scientific accuracy.