The spacewalk is being conducted to swap out six nickel-hydrogen batteries with three lithium-ion batteries and will last six-seven hours.

On 26 June, NASA astronauts Chris Cassidy and Bob Behnken conducted the first of four spacewalks. During their six hours and seven minutes outside, Cassidy lost a mirror from his spacesuit's left sleeve. He had no idea it had happened and went about completing his work - swapping out old batteries with new Lithium-ion batteries that are connected to the ISS' solar arrays. The American duo also managed to complete some extra tasks that were originally scheduled for today (1 July). Cassidy said he has no idea how the small mirror on his left sleeve came off as the band for the mirror "is on pretty tight". He thinks it might've got caught on a metal tether attachment as he exited the airlock.

“I just happened to glance down and I saw this reflecting thing disappearing into the darkness, and that was the last I saw of it,” Cassidy said in an interview with The Associated Press. “That was a real bummer for me.”

Astronauts cherish every opportunity to be part of a #spacewalk, and yesterday was no different. @AstroBehnken and I completed the first step in updating the external batteries which are connected to the outboard starboard solar arrays on @Space_Station. pic.twitter.com/hsE0bJld5t

Yesterday @Astro_SEAL snapped this shot from our worksite on @Space_Station – @SpaceX’s Crew Dragon and @JAXA_en’s HTV in clear view. Not bad for a view while working… pic.twitter.com/DsV5owA3P9

One down, three to go

Another spacewalk has been planned for today and will begin at 5:05 pm IST. He said he will use a spare one for today's walk. This will be the second walk that Behnken and he will undertake together.

Spacewalking astronauts wear a mirror on each sleeve in order to see the displays on their chest control panel.

During today's excursion, both NASA astronauts will complete the battery replacement to upgrade one of two power channels on the Internation Space Station. They will be removing six nickel-hydrogen batteries and replacing them with three new lithium-ion batteries along with the adapter plates that completes the power circuit to the new batteries. 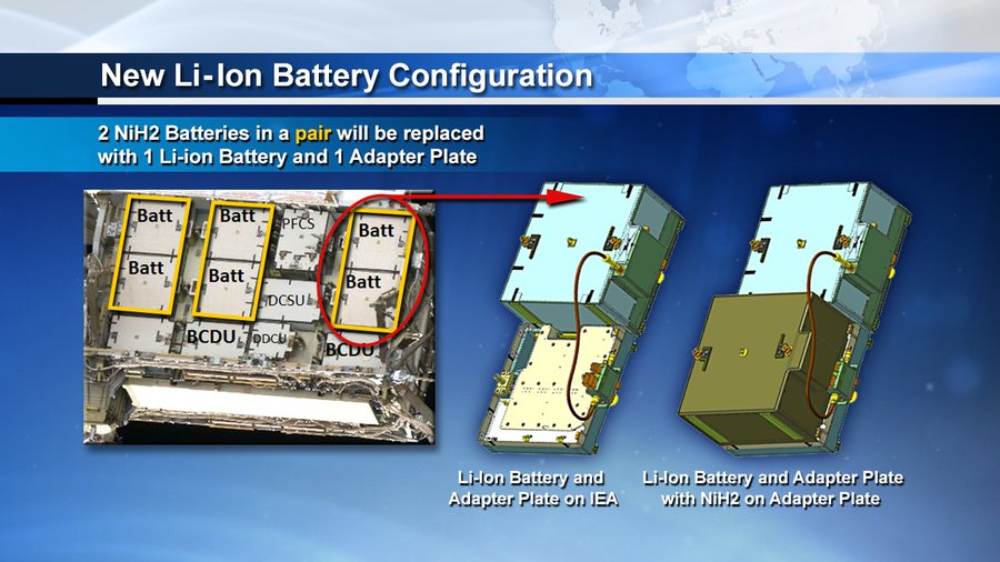 emoving six nickel-hydrogen batteries and replacing them with three new lithium-ion batteries along with the adapter plates that completes the power circuit to the new batteries. Image credit: Twiiter/NASA

According to a NASA blog, their work will also include routing power and ethernet cables in preparation for the installation of a new external wireless communications system with an enhanced HD camera and to increase helmet camera coverage for future spacewalks. To support future power system upgrades, they also will remove a device called an “H-Fixture” that was installed before the solar arrays were launched to the space station

This spacewalk is also supposed to last from anywhere around six to seven hours. NASA astronauts and SpaceX's Crew Dragon commander Doug Hurley along with Russian cosmonaut Ivan Vagner will help Cassidy and Behnken during today's walk. This will be the eighth spacewalk for each astronaut.

Cassidy is already two-and-a-half months into a six-month mission, along with his two Russians counterparts - Anatoly Ivanishin and Vagner - who launched with him from Kazakhstan. Behnken and Doug Hurley arrived at the ISS via a SpaceX spacecraft a month ago and will be staying there till August.

You can watch it LIVE here: