Both are former military pilots who rose to the rank of colonel — Behnken in the US Air Force, Hurley in the Marines — before joining NASA in 2000.

It’s the Bob and Doug Show.

On Wednesday, weather permitting, two NASA astronauts, Robert L. Behnken and Douglas G. Hurley, are to be sitting on top of a SpaceX rocket headed to orbit. But NASA and SpaceX officials more often than not just call the pilots of this historic mission “Bob and Doug.”

“I wanted to make sure everyone at SpaceX understood and knew Bob and Doug as astronauts, as test pilots — badass — but also as dads and husbands,” Gwynne Shotwell, president of the company that built the Crew Dragon spacecraft that will carry the men to orbit, said at a news conference this month. “I wanted to bring some humanity to this very deeply technical effort as well.” The men’s trip to the space station will be the first from the United States since the retirement of the space shuttles in 2011, and Behnken and Hurley, friends and colleagues for two decades, have travelled remarkably similar paths to this moment.

“One of the things that’s really helpful for us as a crew is the long relationship that Doug and I have had,” Behnken said this month during rounds of interviews with reporters. “We’re kind of at the point in our experience — whether it’s flying in the T-38 or executing in a SpaceX simulation or approaching and docking to the International Space Station — where we, in addition to finishing each other’s sentences, we can predict, you know, almost by body language, what the person’s opinion is or what they’re going to do, what their next action is going to be.”

The rapport and good humour between the astronauts were evident in a video created by NASA. Behnken said he was looking forward to the splashdown at the end of their mission before adding, with a grin, “I’m expecting a little bit of vomiting, maybe, to happen in that end game. When we get to that opportunity to do that in the water together, it’s kind of a weird thing to say, but I’m looking for that kind of celebratory event.”

Hurley offered a more serious answer, talking about how he enjoyed working together with a close friend.

“And yes,” he said, “the celebratory vomiting at the end of the mission will be excellent.”

Both are former military pilots who rose to the rank of colonel — Behnken in the US Air Force, Hurley in the Marines — before deciding they wanted to go even higher. Both joined NASA in 2000 — two of the 17 astronauts selected by the space agency that year.

They both married astronauts from their class. Behnken’s wife is Megan McArthur, an oceanographer who was part of the shuttle mission that made one last visit in 2009 to repair and upgrade the Hubble Space Telescope. Hurley is married to Karen Nyberg, who spent nearly six months on the International Space Station in 2013 and who retired from NASA at the end of March.

Behnken and McArthur’s son, Theodore, is 6. Hurley and Nyberg’s son, Jack, is 10.

“I think it’s a pretty cool-looking vehicle and my 10-year-old son certainly thinks it’s a cool vehicle with a cool name, Dragon,” Hurley said. “So I got the thumbs up from him and in the end, that’s all that matters.”

Hurley, 53, grew up in Apalachin, New York, outside Binghamton. He graduated with a bachelor’s degree in civil engineering from Tulane University. 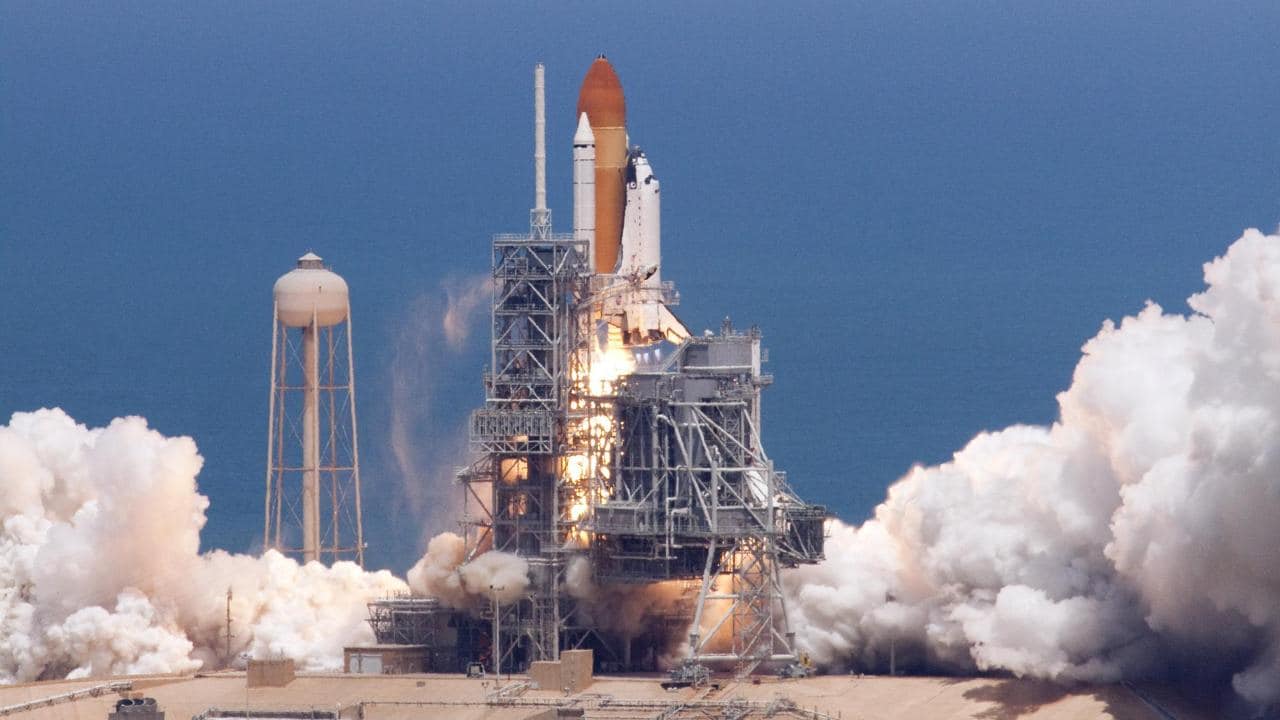 The road to the launchpad has been longer than had been expected and planned. After a successful uncrewed test flight of a Crew Dragon to the space station last year, it looked like Behnken and Hurley would soon follow on their mission.

But then the spacecraft’s parachutes — essential for the safe return of the astronauts — failed in some tests. More disconcerting, the Crew Dragon that had made the successful trip to space exploded on a test stand while being fueled for a test firing of its thrusters. No one was on board, and no one was hurt, but a video of the explosion leaked online.

In October, the astronauts said they still had confidence in the spacecraft.

“Certainly, it’s disappointing,” Hurley said. “You get questions from your family. What happened? Do you know what happened? That kind of thing. But the other part of it, you have to keep in mind, is this is a test, evaluation development, and it’s part of the process.”

Behnken said he and Hurley were quickly and fully informed about the incident and the subsequent investigation as well as changes to the design.

“Giving us insight and sharing that understanding as we go forward has been part of what has made us comfortable with this team going forward,” Behnken said.

NASA recently made the decision to extend the Bob and Doug Show a bit longer than the two weeks originally planned. The space station is short-staffed at the moment, so Behnken and Hurley will stay longer to pitch in with operations.

For space missions, usually planned in precise detail, this trip is unusually open-ended. They will probably spend at least a month in orbit, and the stay could stretch to four months. Behnken has devoted time in the huge pool that NASA uses to rehearse spacewalks, and Hurley has taken refresher classes on the operation of the station’s Canadian-built robotic arm.

Other astronauts who could have been in this spotlight, including Nicole Mann — one of two NASA astronauts assigned to a future flight on another spacecraft, Boeing’s Starliner — do not begrudge Behnken and Hurley.

“It feels kind of like one of your close family members having a great lifetime achievement,” she said, “and really, that’s what it is.”