Myths around COVID-19 vaccination: Vaccine could give me COVID-19 or a different disorder

There may be some exceptional cases in which other disorders are affected by a COVID-19 vaccine, experts said.

As of 24 January, over 16 lakh healthcare workers in India have been vaccinated under the nationwide COVID-19 vaccination drive that began on 16 January. While the vaccination campaign is not yet open the general public, there are many questions now surfacing around the vaccination drive. The vaccines being used to immunise people are either Bharat Biotech's Covaxin or Serum Institute's Covishield. The decision as to which vaccine will be administered depends on which is available at the vaccination centre.

Vaccine hesitancy continues to colour these early days of the vaccination drive, with alarming numbers opting out of taking the vaccine, even though they are among a designated priority group invited to get them. In the past, concerns that led to vaccine hesitancy included the possibility of getting the very disease that the immunisation was meant to protect against.

"Most vaccines are inactivated, or killed, vaccines...it isn’t possible to contract the disease from these vaccines," explained Dr Shahid Jameel, CEO of the Wellcome Trust/DBT India Alliance and Director of the Trivedi School of Biosciences at Ashoka University. "All the vaccines in development in India right now, except Covaxin, don’t have the virus in them – they have only a gene from the virus."

Bharat Biotech's Covaxin contained the whole SARS-CoV-2 virus, but in its killed/inactivated form. This ensures that the virus doesn't replicate in the body, and there’s no chance of it infecting you, and of the infection escalating to COVID-19, Dr Jameel added.

There will be some exceptional cases in which other disorders are affected by a COVID-19 vaccine, according to Dr Om Srivastava, director of infectious diseases at Jaslok Hospital, Mumbai. 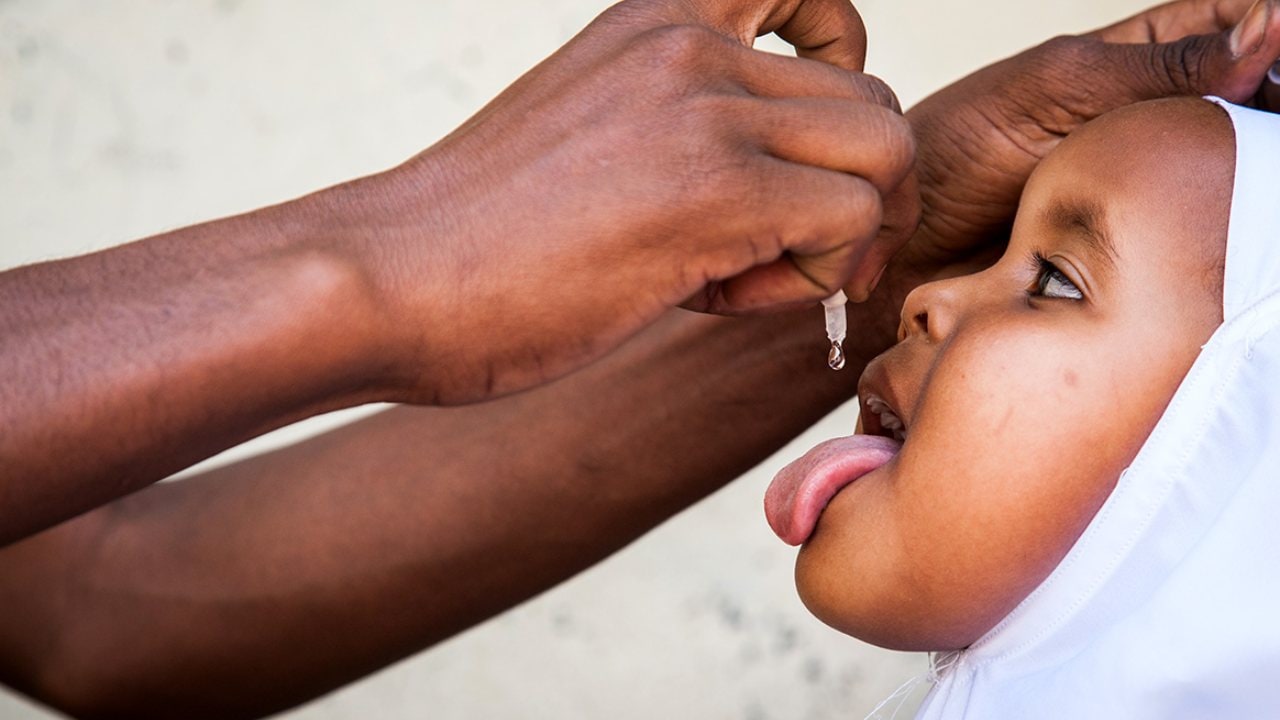 Only in extremely rare cases (roughly 1 in every 2.5 million doses), the oral polio vaccine (OPV) is known to mutate and result in cases of vaccine-associated paralytic poliomyelitis. This, too, is influenced by the individual's immune system among other factors unrelated to the vaccine. Image credit: UNICEF

After a thorough test of safety in Phase 1 human trials, the only way to find out if people will respond negatively to the vaccine is to administer it, and carefully observe its effects, he added.

"It's also important to remember that a lot of 'doubt' about what happens after taking the vaccination comes from speculation and not scientific data," Dr Srivastava continues. "It’s also too soon to predict what will happen after vaccination – that is something we will know from post-vaccination observation data, which will come a couple of years from now."

– The world’s first licensed dengue vaccine – Sanofi Pasteur's Dengvaxia – went through the entire process of clinical trials and entered distribution in 2016. After large immunisation drives were underway in many countries, the reputed vaccine maker Sanofi Pasteur released a statement saying that individuals who had never been exposed to dengue, were in fact, at risk of developing severe disease after the shot. Sanofi Pasteur spent 20 years and ~US$ 2 billion to develop Dengvaxia. Only after six years of pre-clinical and clinical research was the major limitation in the vaccine’s use, established.

–Only in extremely rare cases (roughly 1 in every 2.5 million doses), the oral polio vaccine (OPV) is thought to mutate and result in cases of vaccine-associated paralytic poliomyelitis. The oral polio vaccine is no longer administered in many countries. It is still being used in India since the "benefits far outweigh the risks" to the national polio immunisation programme.

–A popularly-quoted 1998 study that raised concerns about a possible link between the widely-used measles-mumps-rubella (MMR) vaccine and autism, was retracted by the journal that published it after it was found "significantly flawed" by bad science. So far, there is no evidence to link vaccines as the cause of autism or any other disorder, the causes of which are yet to be determined by science.