The researchers explain both the massive mass of the object and why similar systems aren’t observed using traditional radio astronomy techniques.

Scientists had announced earlier this year that they had detected a second gravitational wave signal from a collision of two neutron stars. The event, which was dubbed GW190425, resulted in the two massive neutron stars merging to form a binary object larger than any other binary neutron star system formed by this process observed till date.

The combined mass was 3.4 times the mass of the sun, according to the researchers. The team of astrophysicists argue that they might have an explanation for the formation of the massive binary star. 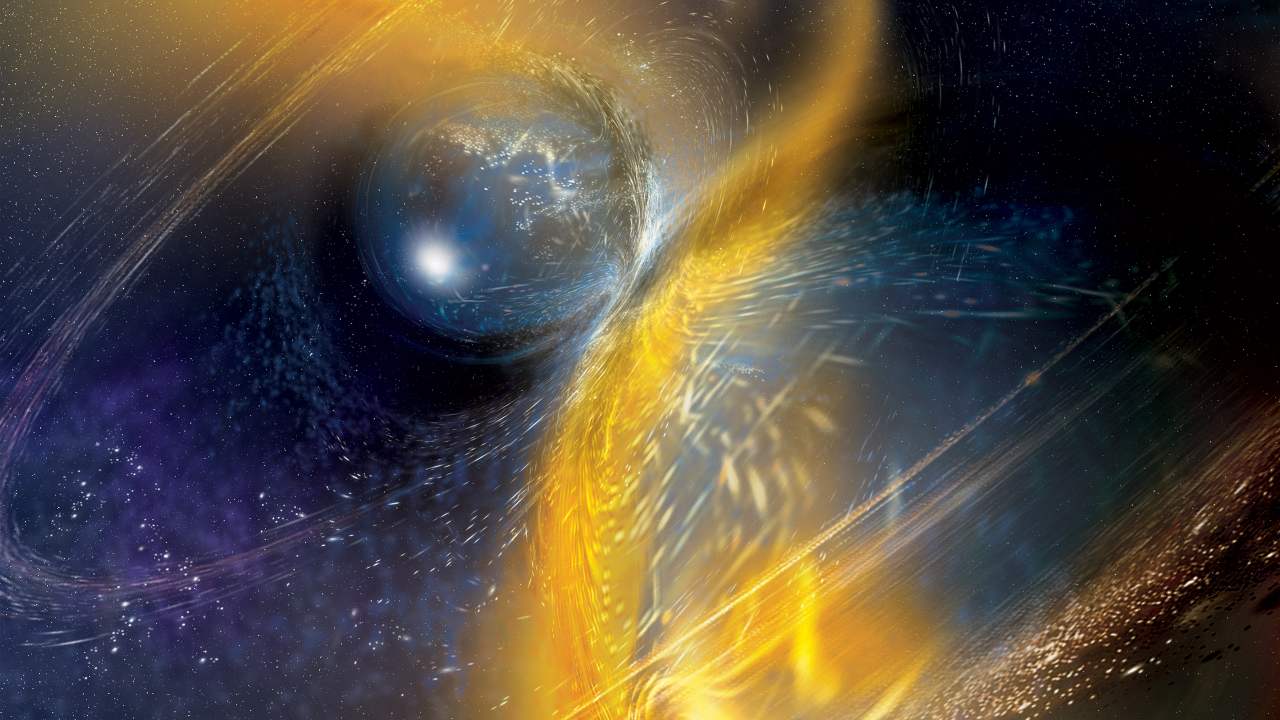 An artist's illustration of merging neutron stars. The rippling space-time grid represents gravitational waves that travel out from the collision, while the narrow beams show the bursts of gamma rays that are shot out just seconds after the gravitational waves. Image: NSf/LIGO/Sonoma State Uni/A Simonnet

The theory for its formation was put forward by researchers from Australia’s ARC Center of Excellence for Gravitational Wave Discovery (OzGrav), led by Isobel Romero-Shaw from Monash University. The researchers claim to have explained both the high mass of the binary object and why similar systems aren’t observed using traditional radio astronomy techniques.

As per Romero-Shaw, GW190425 was formed through a process called ‘unstable case BB mass transfer’. It begins with a neutron star that has a stellar partner – a helium (He) star with a carbon-oxygen (CO) core. If the helium part of the star expands enough that it engulfs the neutron star, the helium cloud of the neutron star ends up pulling its stellar partner closer before the cloud dissipates and a binary object is formed from the two objects merging.

"The carbon-oxygen core of the star then explodes in a supernova and collapses to a neutron star,” Romero explains. The binary neutron stars that form in this manner can be significantly more massive than those that are observed through radio waves, he adds.