About 60 volunteer birders pooled in their time, effort and bird-watching skills to make this Atlas possible.

Mysore city (or Mysuru) in Karnataka sure knows its birds. A lesser-known secret of the city that wears a royal cape is its thriving birding scene. On any given day, you can’t miss a few birders with binoculars and cameras gallivanting avian hotspots like the three famous lakes—Karanji, Kukkarahalli and Lingambudhi—and the equally famous Chamundi hills. These avid birders have pulled a rare feat of sorts when they got together to create a Bird Atlas of the city—a first of its kind in the country. 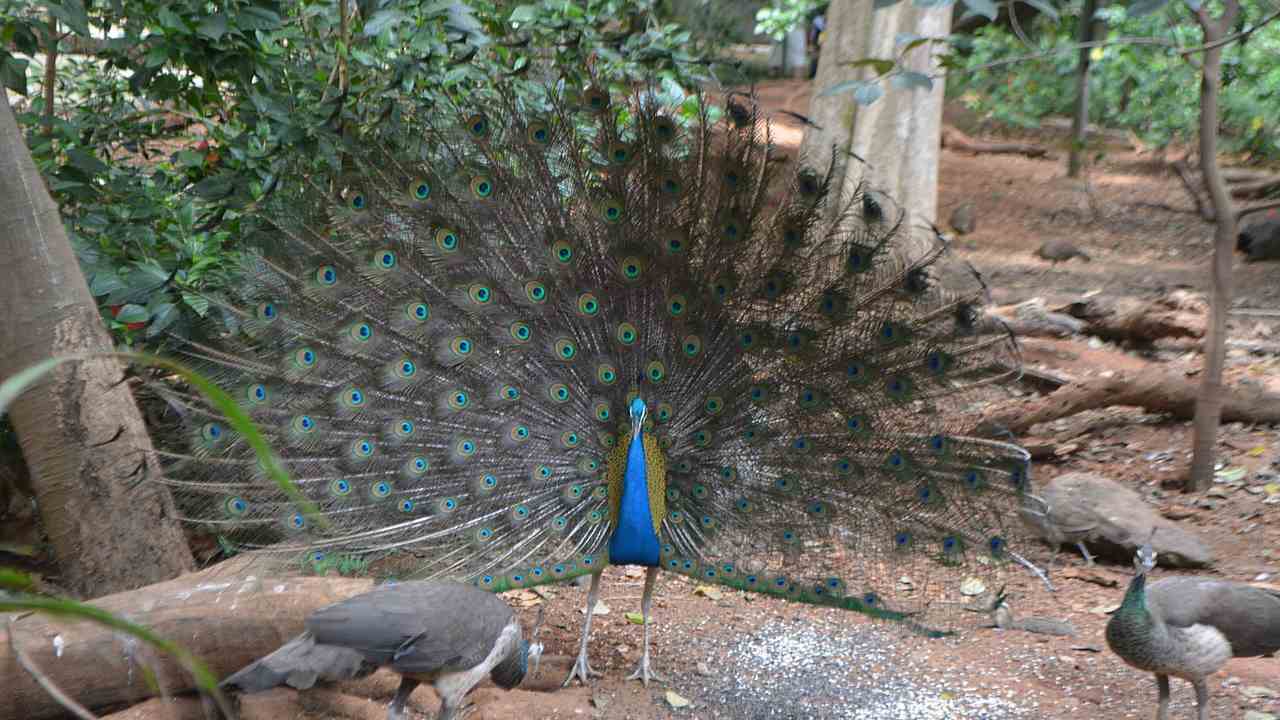 The peacock in the Mysore zoo. Image credit: Wikipedia

The Bird Atlas effort, which has completed three years of operation, documented 192 species of birds in the city with 130 species spotted in winter and 105 in summer/monsoon. The next time you hear the beautiful melody of an Asian koel more frequently than the cawing of the ubiquitous house crow in Mysore, don’t be surprised. Asian koels are more frequently found in this city than crows, reveals the Atlas. And black kites, rose-ringed parakeets and common myna too, outshine the humble crow.

“There are about 400-500 bird atlases made in the world but this is the first one in India,” said Mysore-based Shivaprakash Adavanne who spearheaded the effort with Sheshgiri Bagde. Both Shivaprakash and Sheshgiri are engineers by profession and naturalists by passion. Scientist Suhel Quader of Nature Conservation Foundation who helped the birders with the technical aspect of putting together the Atlas said that this is the first atlas that has been systematically done, though there have been two non-systematic attempts in the past—in Delhi-Haryana and Manipal.

An ambitious volunteer project, the Mysuru City Bird Atlas was attempted to map the birds of the entire city of Mysore. For this, the volunteers divided the city into square cells and each cell was surveyed for birds in the winters and summers of 2014, 2015, and 2016.

Suhel said the idea came about during a conference organised by the Salim Ali Centre for Ornithology and Natural History at Coimbatore in 2013. “The idea of a city bird atlas was discussed and Sri Shivaprakash, who was part of the discussions, said that it could be done in Mysore together with the group of nature enthusiasts he coordinates, called Mysore Nature,” Suhel said. 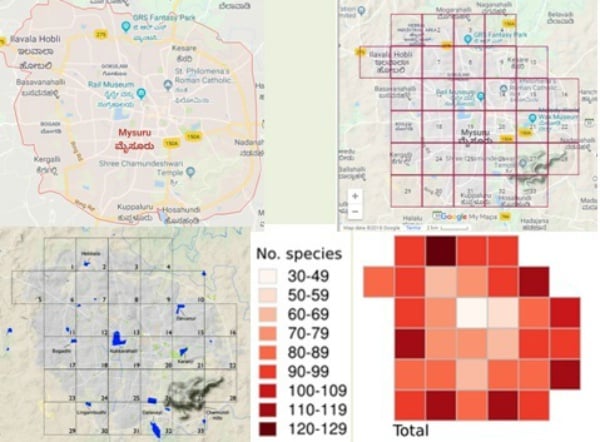 How was it carried out?

The extent of the city (160 sq km) was divided into 33 cells of 2.2 x 2.2 km size which were further subdivided into four equal-sized sub-cells. There were, thus, a total of 132 sub-cells of 1.1 x 1.1 km. A labour-intensive process, Shivaprakash shared that over the three years that took to make the Atlas, 60 birders volunteered with their time, effort, and bird-watching skills to collect the information. A single survey involved a team of one to four birders visiting a sub-cell for 30 min, between 6:30, am, and 10:00 am, and noting down the number of individuals of each species.

The study was done in the months of June and February. “Migratory birds arrive in February. The local birds are few in numbers at this time because of the migration season, which is from the third week of November to the third week of March. In June, it is mostly the local birds that are present in the city and most of the migratory ones would’ve gone except those that overstay, like the juveniles,” said Shivaprakash. So these months were chosen for the study to get the most accurate account of all the birds in the city.

The idea, said the birders, was to understand the distribution and abundance of birds in Mysuru and the seasonal changes in avifauna. The information garnered will also help to understand the relationship between birds and their habitat in an urban setting.

Another interesting finding during the survey was that the commonest of the birds lived off humans and human settlements making it a good case study in the adaptability of birds and how urbanisation is possible without disturbing their habitats. The “disappearing house sparrows” from urban jungles like Bangalore and Mysore have been a much-discussed topic and the declining number of house sparrows which were very commonly spotted is reflected on the Atlas as well. Shivaprakash explained that house sparrows have not disappeared or gone extinct; they have only moved away to places with lesser disturbances (like Melukote, Pandavapura, and Suttur near Mysore) due largely to change in our food habits.

Understanding how urbanisation affects bird species and their habitats is the next step to be taken, said Suhel. “We hope to do a follow-up study to understand urban habitats that support bird species. The idea is to provide information to the city administration on how development can be planned in a way to reduce the impact on habitats.”

Soon, the birders will meet the city administration to apprise them of their study findings. Whatever be the next step, Suhel said, it will be taken in consultation with the administration. “Instead of doing studies and presenting them with data, we think it’s more practical if we get them involved at the beginning itself so the study can be curated to make urban development more sustainable through a collaborative effort,” said Suhel.

Explained: Why the Char Dham Yatra is treacherous

World Migratory Bird Day 2022: From history to significance, here's all you need to know