Effects of gene variants, present in unstudied groups are unknown and clues about causes of diseases are missed.

Few areas of science have seen such a dramatic development in the last decade as genomics. It is now possible to read the genomes of millions of people in so-called genome-wide association studies. These studies have identified thousands of small differences in our genome that are linked to diseases, such as cancer, heart disease and mental health.

Most of these genetic studies use data from white people – over 78 percent  of participants are of European descent. This doesn’t mean that they represent Europe. In fact, only three nationalities make up most of the participants: the US, UK, and Iceland. Even though the UK and the US have very diverse populations, their non-white citizens have rarely been included in genetic research. In recent years, efforts to collect multi-ethnic data have increased. One example is the UK Biobank, a collection of data from half a million British people accessible to any bona fide researcher. It includes some 35,000 DNA samples from people who are either non-European or “mixed-race”. Yet 92 percent of research papers on UK Biobank only used the data from the European-descent samples. So collecting data doesn’t automatically solve the problem of non-white representation in research.

The under-representation of non-European groups is problematic for scientific and ethical reasons. The effects of gene variants that are present only in the unstudied groups remain unknown, which means important clues about the causes of diseases might be missed. Such undiscovered genes would not be included when testing for genetic diseases. So a person carrying one of them could wrongly get a negative genetic test result and might be told that they are not at increased risk of developing the disease.

Our recent work also shows that existing genetic findings might not apply equally to non-European populations. We found that some gene variants predicting high cholesterol in white populations do not lead to the same heart problems in people from rural Uganda. These findings should serve as a major warning to the field of genetics – one cannot blindly apply findings from ancestrally European groups to everyone else.

It is important to support the global application of research because scientists have a moral responsibility to develop science for the benefit of the whole of humanity, not restricted by ethnic, cultural, economic or educational boundaries. Some 80 percent of the world’s population live in low and middle-income countries where healthcare and research are constrained by limited financial and human resources. We should not overlook this part of the world.

Studying different populations has advanced the medical field for everyone’s benefit. For example, the first disease gene mapped in humans was the gene for Huntington’s disease in 1983, identified through examining a large population of patients in villages surrounding Lake Maracaibo in Venezuela. The area was found to have the largest concentration of Huntington’s disease sufferers in the world, which helped them to find the gene. 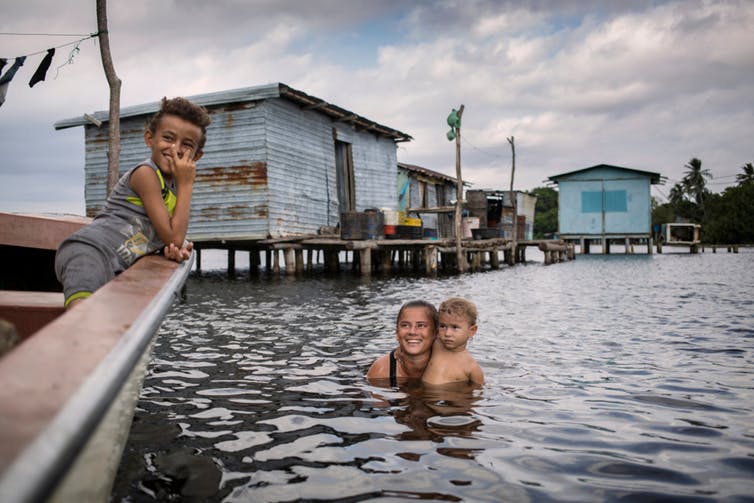 People who live around Lake Maracaibo in Venezuela have a much higher risk of developing Huntington’s disease. image credit: Sunsinger/Shutterstock

More recently, a study of schizophrenia found new risk genes by using African and Latino American samples. Genetic risk scores based on results from these groups improved the ability to predict who would develop schizophrenia in all ethnic groups.

Two things need to happen if we want to avoid increasing health disparities and instead share the medical benefits of genomic science across countries and ethnic groups. First, we need more large diverse studies. First steps in this direction are being taken by the Human Hereditary and Health in Africa Initiative. PAGE and All of Us are paving the way to recruit more diverse ethnic groups in the US, and East London Genes and Health focuses on people of South Asian origin in London.

And second, to make sure diverse ethnic data resources are widely used by researchers, the challenges of analysing genetic data from ancestrally diverse samples need to be addressed. While there are statistical solutions, more work is needed to make them easy to use and give clear guidance about the best approach.

Understanding how genetic risk and social inequality interact to influence disparities in disease risk and outcomes will be critical to improving public health for all.