Mining, livestock and deforestation along with wildfires threaten the Amazon forest

It might be too little too late for a country that has lost 1.2 million hectares of grassland and forest to fires since May.

Raging wildfires have drawn the world's attention to the Amazon but immolation is just one of the dangers facing the world's largest rain forest, environmental experts across the region say.
The Amazon, covering 5.5 million square kilometers over nine countries, faces ever more serious threats from encroaching crop and livestock farming, mining, land occupations, and illegal logging.

Deforestation for farming is one of the most serious threats to the rain forest, a problem common to all nine jurisdictions: Bolivia, Brazil, Colombia, Ecuador, French Guiana, Guyana, Peru, Suriname, and Venezuela.
"The main cause of deforestation is the advancing agricultural boundary," said Jose Luis Capella, director of a forest plantation program in Peru, 13 percent of which is covered by the Amazon basin.
A case in point is Ecuador, where agricultural land increased by 23 percent between 2000 and 2017 – gouged from its share of the Amazon basin region. "This is one of the main factors in the shrinking of the rain forest," said Carmen Josse, director of the Fundacion Ecociencia in Quito.
A practice common in Brazil, Peru, Ecuador and Bolivia is for farmers to set fires in the dry season to clear the undergrowth in deforested areas. However, this often leads to uncontrolled burning, which takes a greater toll on the rain forest.
Much to environmentalists' chagrin, Bolivia's government recently authorized farmers to burn 20 hectares (almost 50 acres) instead of the usual five hectares (12 acres) – which is believed to have contributed to thousands of wildfires that razed 1.2 million hectares of grassland and forest since May.
Illegal crops also nibble away at the forest, like coca cultivation in Colombia, which now has nearly 170,000 hectares covered by coca plantations, according to UN data.

Illegal mining operations being carried out in most Amazon basin region countries causes significant damage, compounded by the use of chemicals such as mercury -- particularly in gold mining – which has contaminated soil and streams.
The council of the Amerindian peoples of French Guiana declared after a recent meeting that "fire is not the only danger that threatens or destroys the Amazon. Extraction is largely responsible."
Some 29,000 hectares of rainforest have been destroyed due to both legal and illegal gold panning since 2003, according to the French territory's National Forestry Office. Venezuela's cash-strapped government turned to the Amazon's resources after the collapse of oil prices contributed to its economic crisis. It launched a vast project in 2016 to extract bauxite, coltan, diamonds and gold in an area of more than 110,000 square kilometers of rain forest.
"Mining is much more serious than the fires," said Cecilia Gomez Miliani, head of the Venezuelan environmental NGO Vitalis. "All vegetation is cut, eliminated, and this poses problems of soil erosion, mercury contamination and population displacements."
Josse said the most worrying thing about mining is that it causes "permanent deforestation" by destroying several layers of soil, preventing regenerative growth.
In Ecuador, oil concessions encroaching on indigenous lands are also taking a toll.
In Peru, the government has deployed the army in the Amazon to try to stop illegal mining that has flourished in remote areas long left unprotected by the state.
Colombia has also mobilized its security forces to try to protect the Amazon basin after more than 138,000 hectares of rain forest disappeared in 2018, accounting for 70 percent of the country's total deforestation.

Lack of a state presence in many remote and rural areas has also contributed to the growing practice of illegal land occupation, in which landless farmers settle on land hoping to get a legal title at some point.
"There is a tendency to confuse land occupation with (deforestation for) livestock," said Carolina Urrutia, of the Colombian NGO Parques Como Vamos.
"But there is a more complex phenomenon behind this process," namely the greed of politicians and businessmen to "own as much land as possible," and speculating on resale, she said. 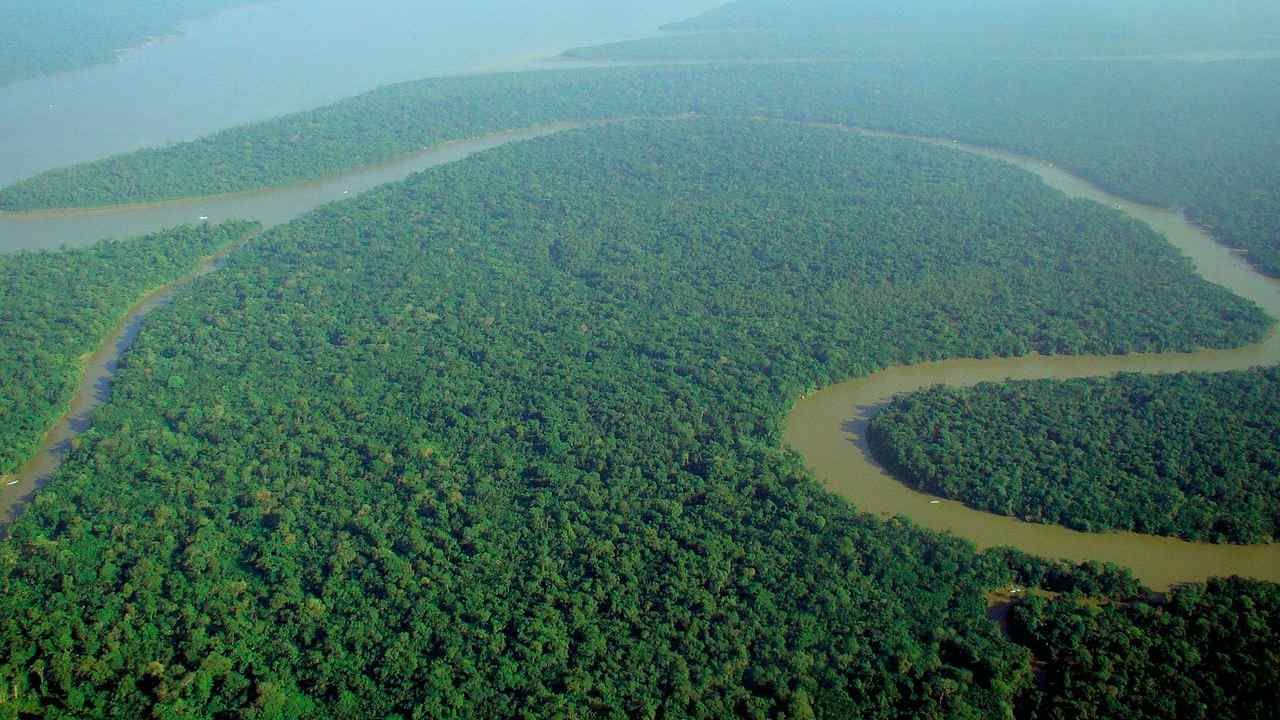 Deforestation rates in the Amazon had increased “dangerously” in the past three years. image credit: Wikimedia Commons/ Lubasi

"The absence of institutional control over the informal land market and the appropriation of public vacant lots make this phenomenon possible," says Rodrigo Botero of Colombia's Foundation for Conservation and Sustainable Development.
Under pressure from environmentalists, the Bolivian government has sought to make amends this week by announcing an "ecological pause" — prohibiting the sale of fire-ravaged land to crack down on speculators.
But that may be too little too late in a country that by its own admission has lost 1.2 million hectares of grassland and forest to fires since May.
The Amazon's massive timber resources long put the rainforest at risk from illegal logging concerns, particularly those trading in hardwoods like mahogany, now in danger of being wiped out from over-exploitation.