The observation was possible because of the works of a minisatellite called HaloSat that was launched from the ISS in 2018.

Every galaxy has a halo of gases called the “circumgalactic medium” that provides the fuel for stars to form and evolve. The Milky Way galaxy, the galaxy that houses our entire solar system and thousands of other stars, also has a medium that has been helping the galactic bodies form for the past 13 billion years.

Now scientists have found that this heated gaseous halo present in the Milky Way is a recycling house that is churning out star formation material from the residues left behind by dead stars. 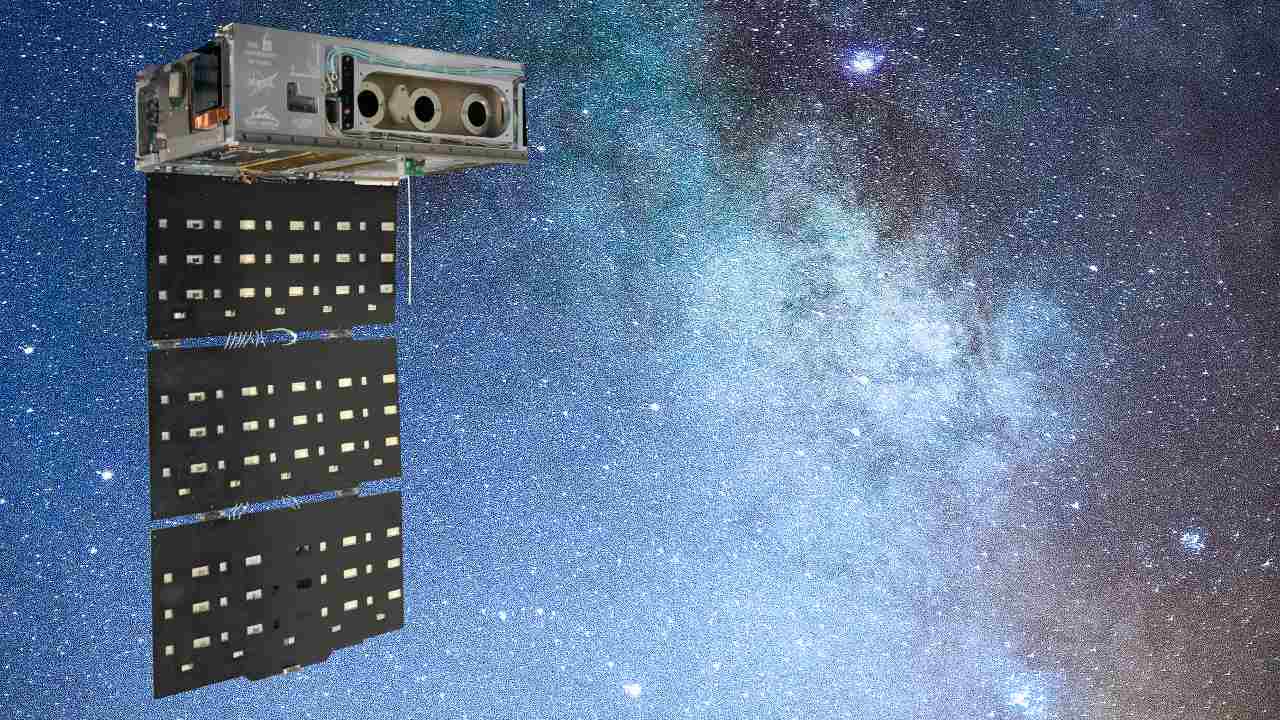 HaloSat is a small satellite that looks at the hot gas around the Milky Way. Image Credits: Blue Canyon Technologies, Inc.

The observation was possible because of the works of a minisatellite called HaloSat which was built by the University of Iowa and was launched from the International Space Station in May 2018. About the size of a toaster, this CubeSat weighs only 12 kilograms but its X-ray detectors are able to view and cover a large region for inspection at once.

These emissions have picked up the data that reveals that the circumgalactic medium has a disk-like geometry, said Richard Lewis of the University of Iowa in a post.

Philip Kaaret, a professor in the Department of Physics and Astronomy at Iowa and corresponding author on the study, said, “The X-ray emissions are stronger above the parts of the Milky Way where star formation is more vigorous”. He said this meant that the gas we are seeing now in the circumgalactic medium had previously fallen into the Milky Way, made stars and is being recycled into the medium again.

The results can prove to be instrumental in getting a clearer idea about the baryonic matter or the missing matter that has been missing since the beginning of the universe. Scientists sent out the HaloSat to see if the baryonic matter resided in the circumgalactic medium.

Now the next step is to calculate the density of the medium by combining the HaloSat information with other lab data.

The study was published in the journal Nature Astronomy.