As recently as 2012, the Pangti village was notorious for killing ~15,000 migratory falcons a day.

The 8,000 residents of a remote tribal village in northeastern India are busy hosting millions of migratory Amur falcons from Siberia who roost by a massive reservoir before taking off for their final destinations — Somalia, Kenya and South Africa — traversing up to 22,000 kilometers (13,670 miles).

Surrounded by hills, the reservoir and a hydroelectric dam, Pangti village inhabited by Lotha Naga tribespeople became notorious in 2012 for killing up to 15,000 migratory Amur falcons per day. The villagers were either consuming or selling the birds.

“Our people have transformed and today my village of Pangti is called the falcon capital of the world because it is believed the world’s largest congregation of this exotic bird takes place right here between October and December every year,” said Nyimthungo Yanthan, 52, a former falcon hunter turned conservationist. 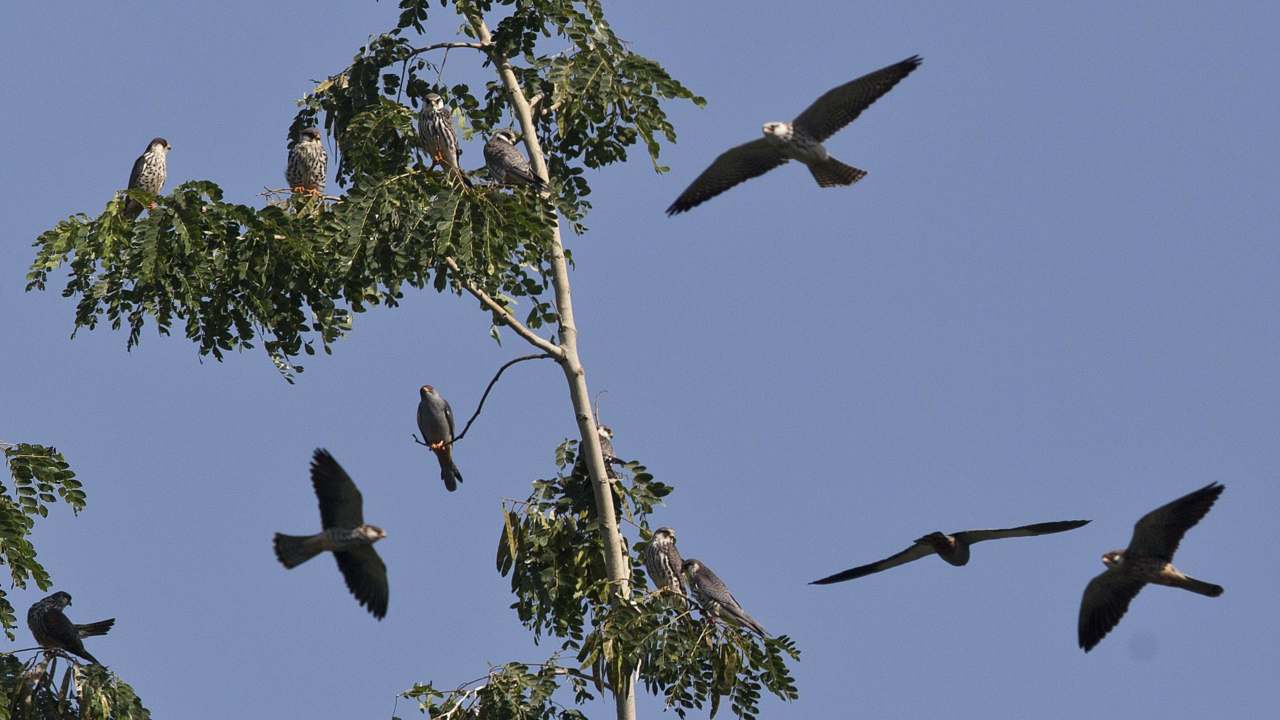 Residents regard this as one of the biggest conservation success stories in South Asia — an entire village transforming from predators to protectors.

As the Amur falcons come, hordes of tourists flock to Pangti and to the Doyang reservoir to savor the sight of the amazing birds. Wildlife agencies have satellite-tagged a few Amur falcons to keep track of them.

“The government in Nagaland is also paying remuneration to those who are actively engaged in protecting and creating awareness about this small but beautiful raptor of the falcon family. Non-governmental organizations, too, are providing help,” said Mhathung Yanthan, a former government official from the district.

To celebrate the conservation story, the Nagaland government held an Amur Falcon Conservation Week and Festivals earlier this month in Wokha district, 400 kilometers (250 miles) east of Gauhati, the largest city in northeastern India.

After the 2012 discovery of the mass slaying of the Amur falcons, it was determined that more than 70 groups of people had trapped and slaughtered the birds using fishing nets tied to trees to trap them. When the birds began migrating to the area around 2000, villagers sold four for 100 rupees, or about $1.39. Later they charged the same for half as many birds.

Renkey Humtsoi, 48, another hunter turned conservationist, lives in a hut near the reservoir. As he showed a carcass of a falcon that died of natural causes, Humtsoi said, “I am a much happier man protecting the birds rather than killing them.”