Plastics – the wonder material known for its durability, stability and affordability – has become a major environmental challenge in recent years. This pervasive nature of plastic in the environment has led to its entry in the human body, posing a threat to human health.

With over 400 million tons of plastic produced globally every year, the plastic still remains a choice for industries such as cosmetics, food packaging, utensils etc. Much of waste plastic ends up in dump yards and also gets accumulated in water bodies. A number of studies have shown its adverse effects on the marine ecosystem and its presence in the bodies of marine animals such as fishes, molluscs, turtles etc. The plastic reaches bodies of its producers, humans, by consumption of seafood, closing the full circle.

While macro-plastics remains a visible problem, micro-plastics and nano-plastics which are generated through physical, biological and chemical actions on plastic are emerging a more serious health hazard. Due to their invisible nature, micro and nano plastics can enter human bodies through the use of products that contain nano-plastics such as scrubs, lipsticks, mascara, shampoos etc., other than by consumption of seafood. Recent studies have also found micro-plastics in tap and bottled water. The workers in the textile and PVC industries also inhale nano-plastics unknowingly.

“Other than the food chain, constant contact with day-to-day life plastic products allows oral, dermal and inhalation exposure to micro-plastics and additive chemicals to the human body. Therefore, it is important to determine the interactions between the micro-plastics and biological macromolecules in order to understand their effects on human health,” explains Prof. Natarajan Chandrasekaran, Professor at Vellore Institute of Technology, who is engaged in studying the impact of microplastics in humans. 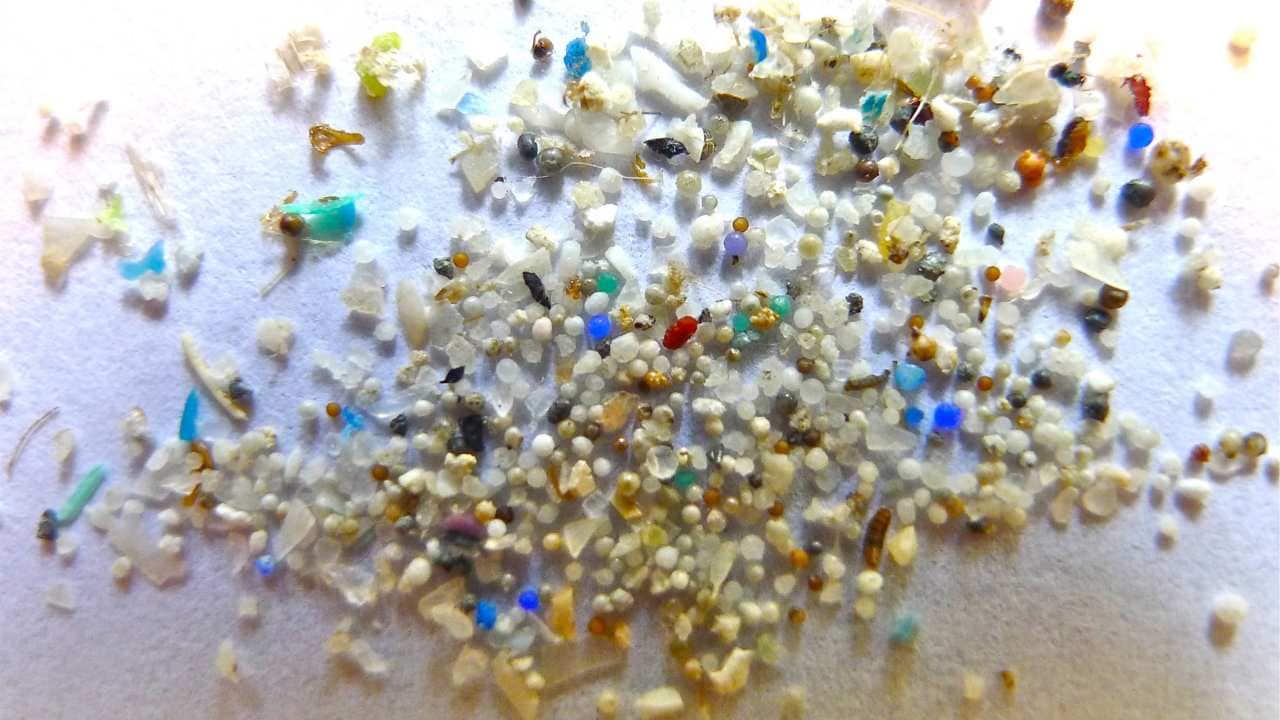 According to industry estimates, an average Indian consumes approximately 11 kg of plastic products in various forms every year. Though it is much less than what an American or a Chinese does, still it is a problem.

Scientists say that plastic particles can reach our stomach, and depending on their size, these plastics are either excreted, get entrapped in the stomach and intestinal lining or move freely in body fluids such as blood, thereby reaching various organs and tissues of the body. In line with this, a study carried out by Austrian scientists had shown that stool from individuals in eight surveyed countries contained microplastics. Similarly, high levels of BPA (Bisphenol A), a chemical used for making several plastics have been found in the urine of teenagers, in another study done by scientists from the University of Exeter based at the United Kingdom.

While a number of studies have shown negative effects of plastics on the nervous system, hormones, immune system together with the cancer-inducing property of plastics are already well known, scientists are now trying to understand how the basic machinery of the body interacts with plastic particles. In a new study, Prof. Chandrasekaran and his colleagues have looked at the interaction of nanoplastics with blood proteins and cells illustrating their adverse effects on human health. The group has shown that nano-plastics aggregate in blood, obstructing its flow in the body and render blood proteins non-functional.

For this study, blood was taken from five healthy males and then separated into plasma (protein portion of blood), white blood cells and red blood cells. Researchers then tested the interaction between nano-plastics and plasma. It was found that blood proteins such as albumins, globulins, fibrinogens, which play an important role in osmotic pressure, molecular transport, blood coagulation, immune response etc., are absorbed on the surface of nano-plastics forming a plastic-protein complex with size ranging from 13 to 600 nanometers.

Once plastic particles are fully surrounded by proteins, the plastic-protein complexes are attracted towards each other resulting in aggregation of these complexes. Scientist say that these aggregates in the bloodstream can block the flow of body fluids. Also, this complex formation leads to structural and conformational changes in the blood proteins rendering them non-functional.

In addition, researchers also tested the interaction of both nano-plastics alone and aggregated plastic-protein complexes with white blood cells and red blood cells. It was found that aggregated plastic-protein complex is more toxic and potent in causing the death of white and red blood cells than the nano-plastic alone. “Next, our research would be focused on how the aggregated micro- and nano-plastic complexes are taken up by cells, their movement within the cell and its related hazards and ailments,” said Dr. Chandrasekaran while speaking to India Science Wire.