Transient rises in the use of antidepressant and anxiety medications point to the pandemic having driven common mood and anxiety disorders.

The psychological fallout from the coronavirus pandemic has yet to fully show itself, but some experts have forecast a tsunami of new disorders, and news accounts have amplified that message.

The World Health Organization warned in May of “a massive increase in mental health conditions in the coming months,” wrought by anxiety and isolation. Digital platforms such as Crisis Text Line and Talkspace regularly reported spikes in activity through the spring. And more than half of American adults said the pandemic had worsened their mental health, according to a recent survey by the Kaiser Family Foundation.

But this wave of new mental problems is still well offshore, and it could yet prove to be a mirage. Psychiatrists and therapists who work with people in the wake of earthquakes, hurricanes and other disasters noted that surges in anxiety and helplessness were natural reactions that seldom become traumatic or chronic. Surveys that ask people about their emotions are poor predictors of lasting distress, and the prevalence of severe mental disorders, like schizophrenia and bipolar disorder, are stable and very unlikely to have changed because of the pandemic. Most people living with these conditions needed continuous care before the virus took hold and will still need it when outbreaks are contained.

“In most disasters, the vast majority of people do well,” said Dr Steven Southwick, a professor of psychiatry at Yale University who has worked with survivors after numerous cataclysms, including mass shootings. “Very few people understand how resilient they really are until faced with extraordinary circumstances. In fact, one of our first jobs in these situations is to call attention to just that.” 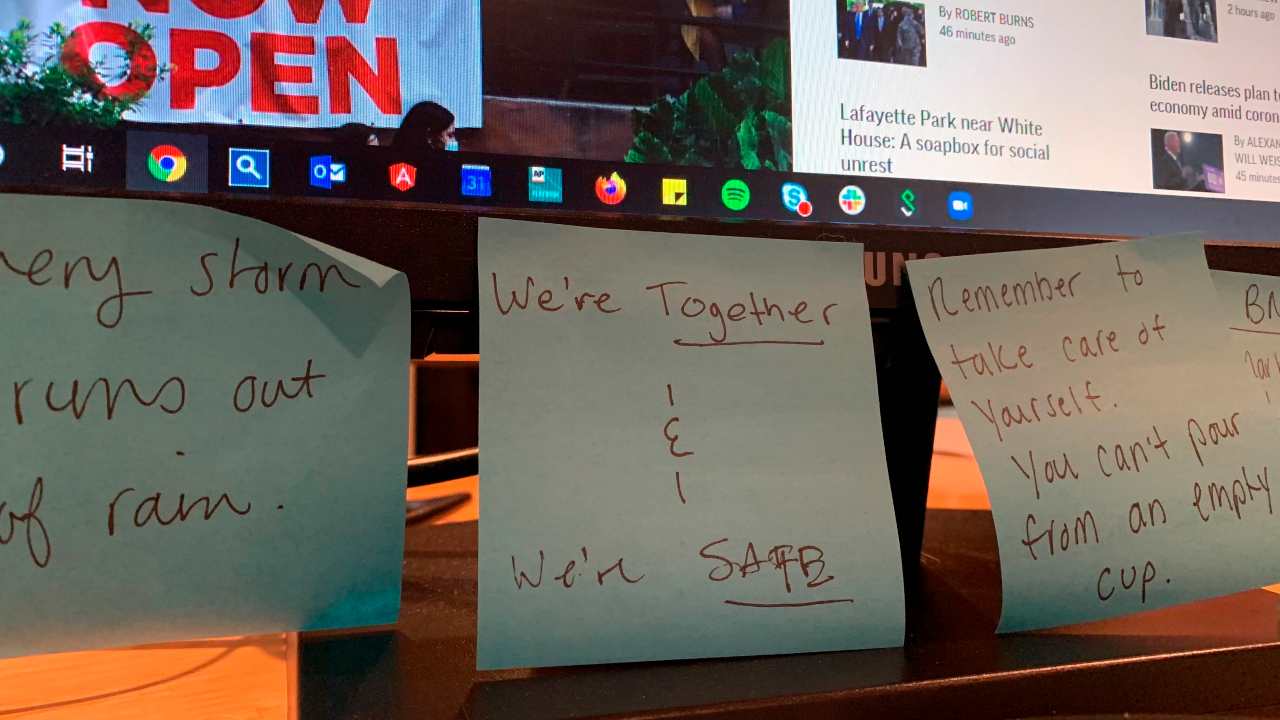 An AP journalist displays affirmations all around her desk during the pandemic in Palmyra, New Jersey. During a particularly bad stretch of fear and anxiety, her husband wrote a special one she put front and center. Image: AP

Prescription trends provide little evidence of an explosion in mental disorders in recent months. In March, at the height of the epidemic in many regions, prescriptions for anti-anxiety drugs such as Xanax and Klonopin were up by 15% over February; antidepressants were up by 14%, and sleeping pills by 5%, according to data provided by OptumRx, the pharmacy benefit arm of UnitedHealth Group.

But those rates began to decline in early April. And the total prescriptions in that month were 8.7 million for anxiety drugs and 27.4 million for antidepressants — very close to their usual averages for April, according to data supplied by IQVIA, a health care analytics firm. Prescriptions for other categories of psychiatric drugs, like antipsychosis medications, remained at average monthly levels through March and April.

“Modest transient rises in the use of antidepressant and anxiety medications allay concerns over the pandemic having driven steep increases in common mood and anxiety disorders,” Dr Mark Olfson, a professor of psychiatry at Columbia University, said in an email. The March bump in prescriptions for anxiety drugs in particular could partly reflect people stockpiling medications that they were already taking, or increasing their dosage, he said.

In the wake of the Sept. 11, 2001, terror attacks, many health officials also were concerned about a wave of new mental disorders that might overwhelm the system. In a 2004 study, researchers dug into prescription data for the month before and after the terrorist attack, comparing prescription rates across a range of psychiatric drugs. “The acute shock and fear of the events of Sept. 11 were not accompanied by a commensurate increase in the use of psychotropic medications,” they concluded, except for a modest increase in New York City. 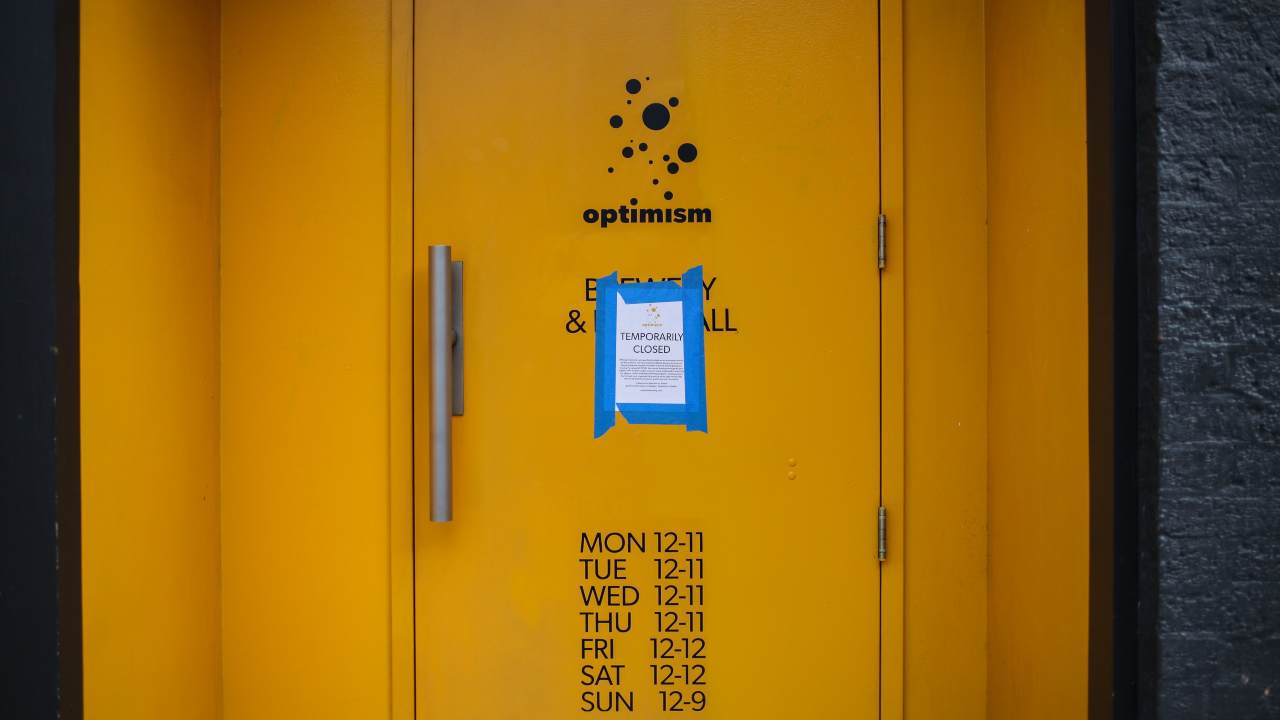 A business closure in Seattle, Washington in light of COVID-19.

The evidence from recent surveys asking people about their emotions during the pandemic is not convincing one way or the other either, experts said. One reason is that these surveys often do not make distinctions between people in the thick of the action — front-line workers, in this case — and everyone else. Millions of Americans have been juggling Zoom cocktail hours with Netflix binges: a time-management challenge, perhaps, but not one that has been linked to prolonged trauma.

Moreover, psychological distress usually takes time to consolidate into the kind of persistent condition that drives people to seek treatment, revealing a diagnosable psychiatric disorder. Generalized anxiety disorder, for instance, is defined in part by excessive anxiety for at least six months. Post-traumatic stress requires, first, experiencing a life-threatening event, either personally; through a loved one; or up close, like witnessing deaths in an intensive care unit. Nightmares and other reverberations of the trauma are common, but these typically must persist for at least three months to qualify for the full diagnosis of a chronic condition.

“There are a number of surveys out there, and I think they are all useful, to some extent,” said Emma Beth McGinty, an associate professor in the Johns Hopkins Bloomberg School of Public Health. “But they’re using a mishmash of measures of symptoms of depression and anxiety, and not a validated psychiatric instrument,” or questionnaire.

The best American survey to date, posted early this month by JAMA and led by McGinty, administered a standard, widely studied psychiatric questionnaire online to a nationally representative sample of 1,468 adults. It found that 14% of people had high levels of psychological distress, compared with an average of 4% during the pre-COVID era. It found little difference in respondents’ feelings of loneliness, compared to averages before the pandemic.

“The longer people experience these levels of psychological distress, the more likely they are to present with a diagnosis that would benefit from treatment,” McGinty said in a phone interview. “But the question of whether that’s really going to happen is an open one. We did this in early April, right as the shutdown and stay-at-home orders were implemented, when people were experiencing all this for the first time. One might hypothesize that the stress has eased, we’ve gotten more used to this and the world has opened up a bit.” In this 10 May 2020, Sikh volunteers take a tea break in the kitchen hall of the Bangla Sahib Gurdwara in New Delhi, India. An act of generosity or self-sacrifice. A whimsical gesture to distract neighbors from anxiety or cabin fever during COVID-19 and lockdowns. Image: AP

McGinty and her collaborators plan to conduct another such survey later this summer, she said, and possibly one in the fall, to see whether levels of psychological distress change as the epidemic changes shape through the year.

The fear of infection and disruptions caused by the coronavirus, without question, have intensified the distress of many individuals, especially those who have lost regular access to care as a result, or who had preexisting dread of infections — from obsessive-compulsive disorder, for example.

“In my mind, since this started, there’s nowhere that’s clean,” said Naomi, a doctor in New York City who has a diagnosis of OCD; she asked that her last name be omitted for privacy. “It was like a complete meltdown for me, because being a doctor, I know so much about pathogens and what can so easily happen.”

But when it comes to collective trauma of the chronic, disabling kind, many experts remain skeptical. Studies done in the wake of hurricanes, earthquakes and floods find that no more than 10% of people develop such prolonged reactions — and those are the people directly and intimately hit by the destruction. The other 90% pick up the pieces, and in time the nightmares and surges of panic recede.

Living through a pandemic is nothing like surviving a natural catastrophe such as those: It is less visible, less predictable, a creeping threat rather than flying debris — a marathon, psychologically, rather than a sprint to safety. A wave of new mental health disorders may indeed be on the way, especially if COVID-19 cases explode again late in the year, or the economic downturn deepens.

But the evidence so far says nothing persuasive about whether it will be a tsunami or a ripple.