A massive sunspot on the Sun is turning towards our planet and this could result in strong solar flares. The sunspot AR2770 was detected earlier this week and is expected to grow in size in the upcoming days.

A report by SpaceWeather.com - a space weather forecasting website - said that multiple minor flares have been emitted by the sunspot already as it faced towards the earth. These flares have caused "minor waves of ionization to ripple through Earth's upper atmosphere" but nothing major yet. 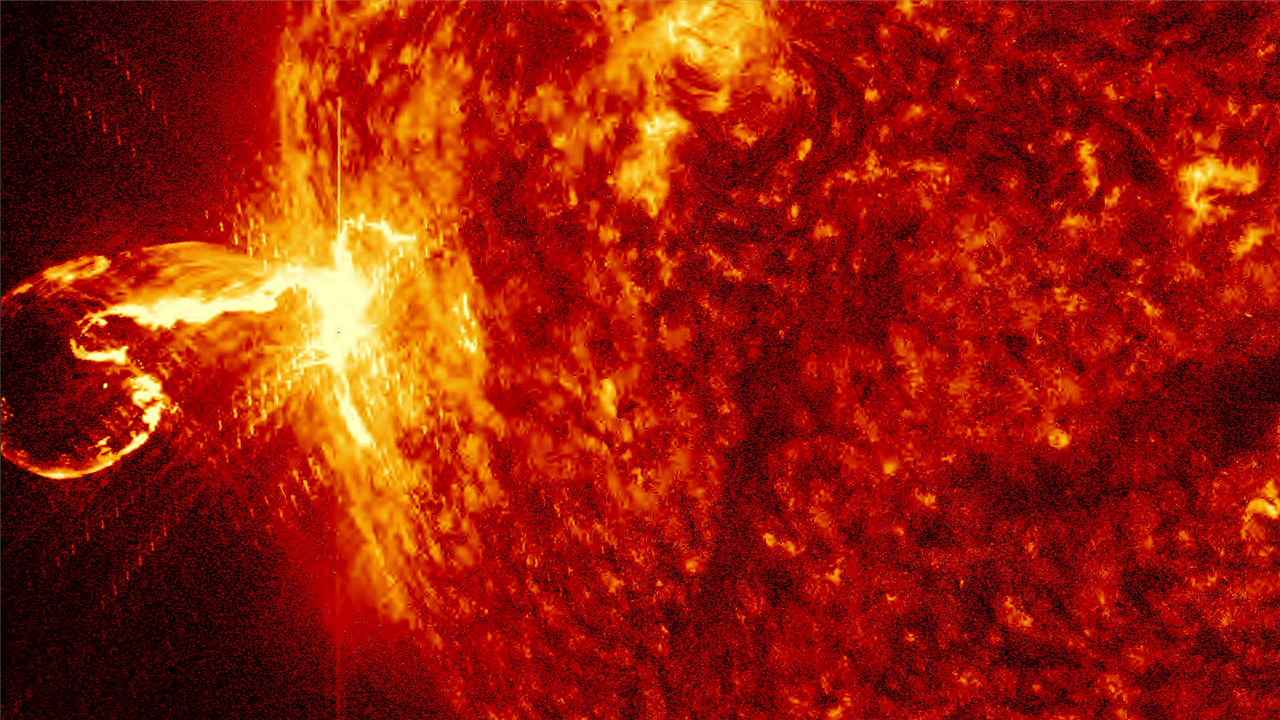 Solar flares are explosions on the surface of the Sun that release an enormous amount of energy, equivalent to a trillion 'Little Boy' atomic bombs exploding at the same time. Image credit: NASA

According to Space.com, sunspots are dark spots on the sun that are comparatively colder than the rest of the star. These are formed as a result of interactions with the sun's magnetic field. The intense magnetic activities lead to the release of a great amount of energy that erupts out in the form of solar flares and storms known as coronal mass ejections (CME).

Although the entire mechanism is not yet understood, these spots occur on the photosphere region of the sun and can be huge in size - up to 50,000 kilometres in diameter. While solar flares are huge explosions on the sun, a CME is an 'enormous bubble of plasma' expelled by the sun.

A clear picture of the AR2770 has also surfaced that gives a better idea into the current phenomenon. It was captured by an amateur astronomer Martin Wise from Trenton, Florida. The size of the "primary dark core" is about as wide as Mars and it has several "spotlets" on its surface, which are similar to the craters on the surface of the moon.

According to the report in International Business Times, Wise captured the dark sunspot using an 8-inch telescope with safe solar filters and it's dimensions make this sunspot "one of the largest sunspot groups of the current Solar Minimum.”

With the spot growing and turning towards earth, its flares might grow in impact and affect electrical operations and facilities greatly.

According to the National Oceanic and Atmospheric Administration (NOAA), strong solar storms can cause "fluctuations of electrical currents in space and energize electrons and protons trapped in Earth's varying magnetic field". These events can affect radio communications, Global Positioning Systems (GPS) connectivity, power grids and satellites.