NASA and ESA plan to test an asteroid-deflection strategy on a real asteroid in 2022.

The Earth is no stranger to close encounters with space rocks. Countless small asteroids are turned to smoke and dust in our atmosphere on a daily basis. Once a year or so, a car-sized asteroid might drop in and share the same fate.

The only real threat comes from asteroids and meteoroids that are a lot bigger, about the size of a football field, or even multiple football fields. A collision with these giant asteroids will, without a doubt, end badly for us. Thankfully, those events happen once in 2,000 years or so. But while these large asteroids will cause a tremendous amount of damage, humanity will still survive.

The ones you really want to watch out for are the extinction-level asteroid impacts. Space experts think they happen every few million years — give or take a few ten thousand.

Currently, we have no way of escaping an impact that powerful, but there's work being done to give us that 'planetary defence' capability. 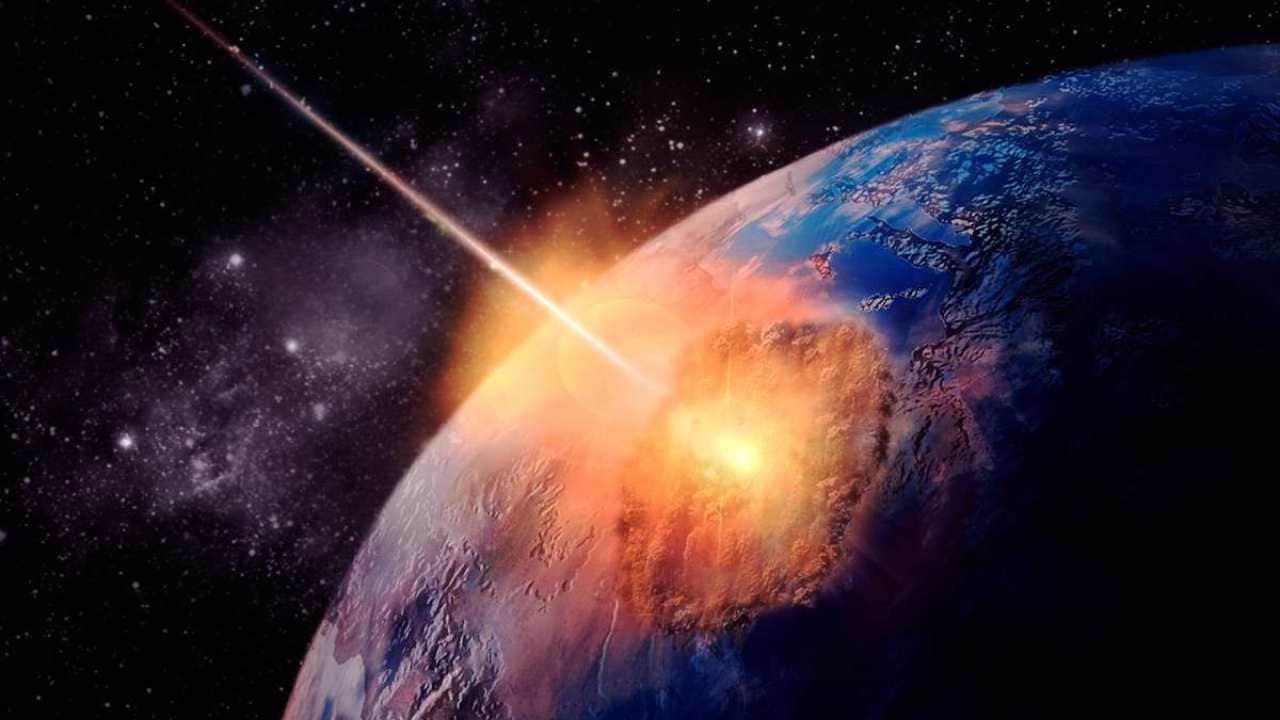 Artist's illustration of an asteroid impact on Earth.

NASA and a consortium of space agencies track these objects and share preemptive warnings with the world about a potentially-deadly asteroid. Near-Earth asteroids that will come fairly "close" but not collide with Earth, too, are listed in a detailed and exhaustive database called the 'Close Approaches' database, managed by NASA's Center for Near-Earth Objects Studies (CNEOS).

Making a mighty close approach to Earth in 2022 is the 130-meter-wide asteroid going by "JF1". Discovered in 2009, scientists think the probability of a direct impact with JF1 (on 6 May, 2022) is very low – a mere 0.026 percent. That's a 99 percent+ chance that it will fly by Earth without inconveniencing us in the slightest. But JF1 is far from the only potential asteroid impact that experts are watching.

There's another "potentially hazardous" asteroid 99942 Apophis — 340-m wide — which will make a reasonably close flyby within 31,000 kilometres of Earth on Friday, 13 April 2029. Apophis won't hit Earth during that flyby, but if there's anything we can say with certainty, it's that the internet loves a large, killer asteroid making a flyby — and bonus appreciation for a snappy name — Apophis really does have it all!

It may not be in the next 100 years, but someday, an asteroid will ram into Earth again, as it has several times in the past. The next known "very likely" impact is a mammoth asteroid spinning at an "impossible" rate hurtling towards Earth — but not till 16 March 2880, which is 860 years away. If we humans haven't blown ourselves up by then, our survival will boil down to how well we do on one account only: planetary defence. What will it take to secure a planet from an incoming asteroid?

To that end, NASA and ESA plan to test an asteroid-deflection strategy on a real asteroid in 2022. An asteroid informally-known as Didymoon — an asteroid about 150-meters-wide — will be thrown off course if the test is successful. Scientists in Europe and the US have joined forces to form the Asteroid Impact Deflection Assessment (AIDA), an effort dedicated to exploring ways to deflect space rocks, and hopefully avoiding catastrophic events. Part of AIDA is a project called the Double Asteroid Redirection Test (DART), which aims to throw the "small" Didymoon off course in October 2022. Essentially, scientists want to hurl a 'dart' at the asteroid, nudging it off course.

We saw the planetary defence community in action developing smarter, more effective responses to the intricacies of a tailor-made asteroid threat through a hypothetical exercise last year. New York, like in every doomsday movie ever made, was obliterated to smithereens in the simulation. But that's not to say there won't be better strategies (and some hope) for our survival coming from the upcoming Planetary Defense Conference in Vienna in 2021.

So here's us hoping.