The lander touched down on the planet in November 2018 and has since detected around 450 marsquakes, most of modest strength.

NASA’s robotic InSight lander has for the first time established that Mars is seismically active, but do not call the shaking, rattling and rolling taking place on the Red Planet earthquakes. The proper term, fittingly, is marsquakes.

Scientists said on Monday the InSight lander, which touched down on the planet’s surface in November 2018 to begin the first mission to study the deep interior of Mars, has since detected around 450 marsquakes, most of modest strength.

The Martian seismic activity recorded by the lander’s seismometer, a ground-motion detection sensor, was found to be greater than that of the moon, but less than that of Earth. 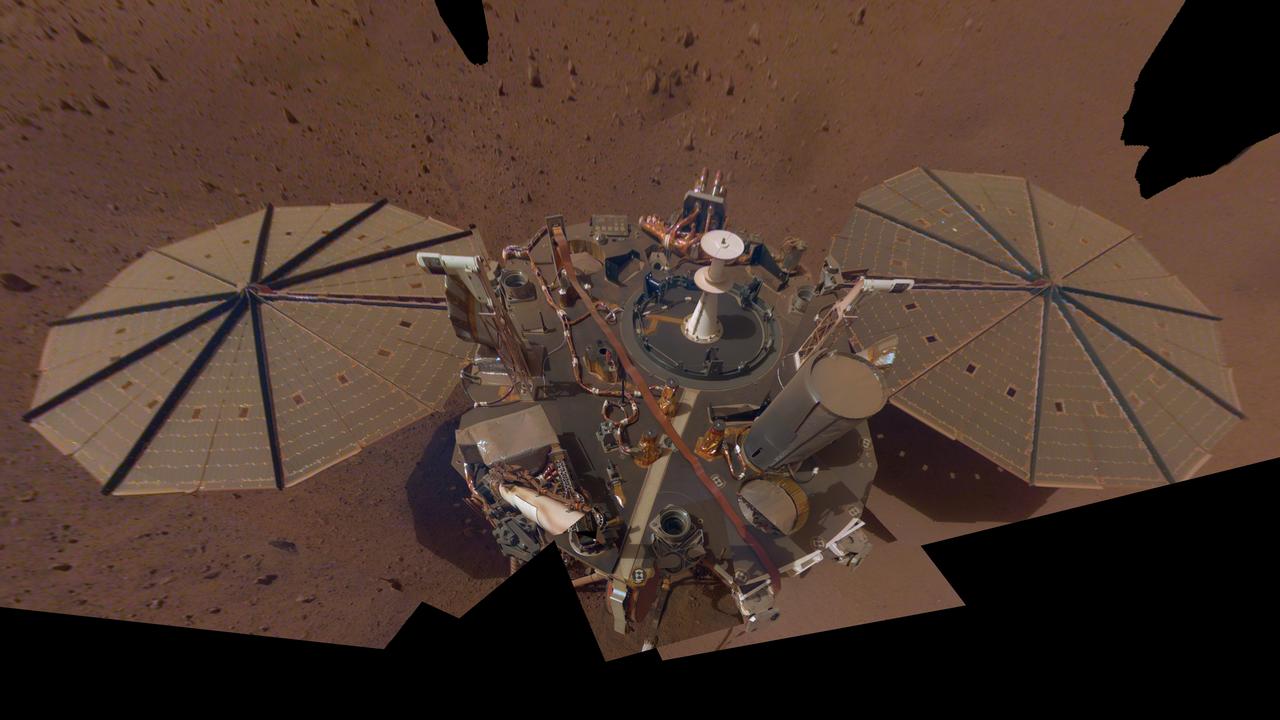 The InSight lander takes it's second self-portrait on 11 April 2019, almost four months after it had landed on the Red Planet. Image credit: NASA/JPL

The Martian seismic activity generally arises from the planet’s long-term cooling from its molten beginnings in the formation of the solar system roughly 4.5 billion years ago.

“As the planet cools, it contracts, and then the brittle outer layers have to fracture in order to sort of maintain themselves on the surface. That’s kind of the long-term source of stresses,” said planetary geophysicist and mission principal investigator Bruce Banerdt of NASA’s Jet Propulsion Laboratory in California.

The existence of seismic activity on Mars had long been suspected but until now had not been definitively detected. In this artist's concept of NASA's InSight lander on Mars, layers of the planet's subsurface can be seen below and dust devils can be seen in the background.
Credits: IPGP/Nicolas Sarter

The location of some of the larger marsquakes was a region called Cerberus Fossae that bears evidence of volcanic flows, faulting and fluvial flow - water on the surface - within the past 10 million years, considered recent in geological terms.

“Thus, this area still has activity at depth, perhaps including hot magma. This, in turn, shows that Mars has regional variability inactivity, with some areas still quite active,” JPL planetary geophysicist and InSight deputy principal investigator Suzanne Smrekar said.

The researchers devised a magnitude scale tailored to Mars but similar to the one used for earthquakes. The strongest of the quakes were a little less than magnitude 4, meaning they would be felt on the surface perhaps dozens of miles (km) from the epicentre but probably would not do much damage. 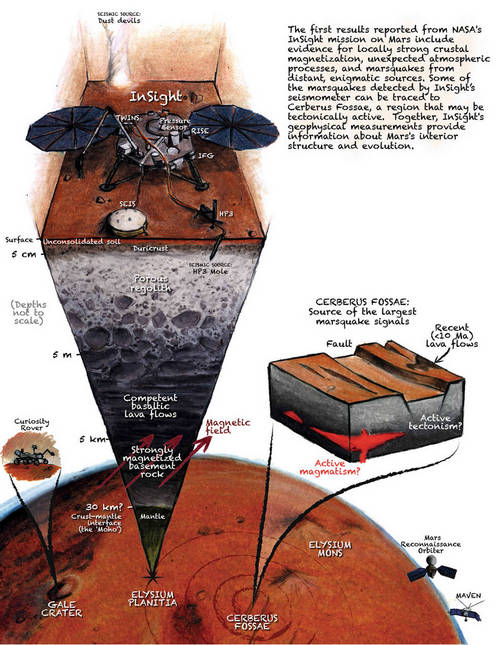 The scientists described two dozen marsquakes in a magnitude 3 to 4 range in findings published in the journals Nature Geoscience and Nature Communications.

The geological dynamics of Mars differ from Earth. Our planet’s outer shell is divided into immense plates that move inexorably over a rocky inner layer above Earth’s core. Mars has no such plate tectonics.

Its instruments also found that Mars, which unlike Earth has no global magnetic field, has a local magnetic field at the landing site 10 times stronger than expected. InSight additionally is discovering new details about the complex Martian atmosphere.