The minimum distance between Mars and Earth will shrink to about 57.58 million km on 31 July.

After the world witnessed the longest total lunar eclipse of the 21st Century, stargazers in India are concerned if the heavy monsoon clouds will let them witness the celestial spectacle. And with good reason, as without clear skies, they will miss out on more than just the Moon.

In what seems like an amazing coincidence, Mars will also observe the closest distance from Earth in 15 years during the time of the total lunar eclipse. Mars and Earth are closest to each other when Mars is at its nearest point from the Sun and Earth is at its farthest — in their respective orbits.

On 27 July, Mars will be in opposition to the Sun, which means that it will be opposite the Sun in Earth's sky. Astronomically, a planet is said to be in opposition when the Sun, Earth and the planet all align nearly in one straight line. On that night, the planet rises above the eastern horizon during sunset. However, this position is not necessarily the closest one to Earth.

This will occur just 51 days before it passes through perihelion — which is its closest point relative to the Sun in its orbit. As a result, as Space points out, the minimum distance between Mars and Earth will shrink to about 57.58 million kilometres on 31 July.

On that day, the Red Planet will shine brightly at magnitude -2.8, which means that it will blaze twice as bright as Jupiter, but dimmer than Venus.

In other terms, Mars will easily be visible to the unaided eye under a clear sky. The last time the Red Planet was so close to the Earth was in 2003. 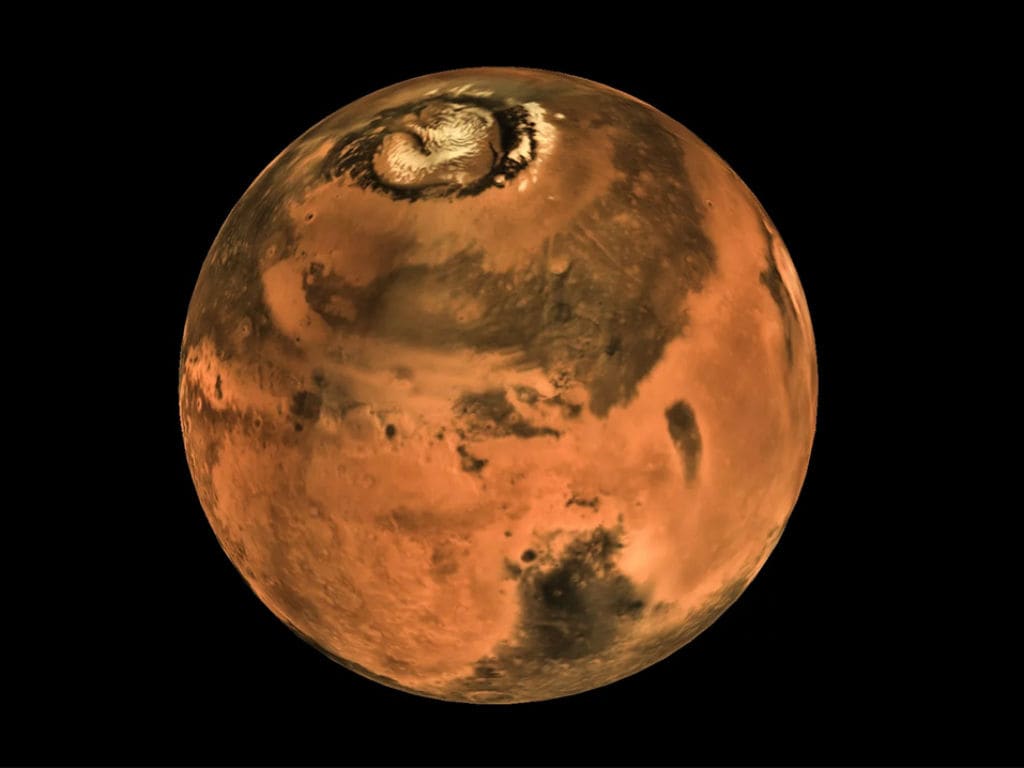 A map of Mars produced from images captured by MOM. Image courtesy: NASA

However, July's closest approach is unlikely to be as special.

Best places to be in to view the Red Planet? South America, South Africa and Australia.

Observers in the southern hemisphere will be presented with an excellent viewing opportunity, as the planet will pass almost directly overhead. And major observational facilities such as the Hubble Space Telescope are always there to send stunning images to the rest of us.

Paranjpye also cautions against a hype around this particular event. "For serious astronomers, this event does offer an extraordinary opportunity to study Mars. However, the layperson who might expect to see dramatic details of the surface of Mars is likely to be very disappointed.

Since we are in the middle of the monsoon here in India, the sky is likely to be cloudy. Furthermore, it would take a telescope equipped with a lens or mirror that is at least 6 inches in aperture to discern even the major surface features of Mars. And even this will not be very thrilling to observe," he said.