Maharashtra plastic ban explained: Advantages, alternatives and the way ahead

As Maharashtra grapples with the plastic ban on almost all single-use plastic products, questions abound about the logistics involved.

As Maharashtra grapples with the ban on almost all single-use plastic products, questions abound about the efficacy of the state government's move, especially when compared to anti-plastic policies in other states. The authorities' efforts in implementing the ban, and more pressingly, the exact 'Dos and Don'ts' of the much-speculated step are being closely followed as well.

The products that are included in the ban — the list of which was first issued by the Devendra Fadnavis-led government in March this year — are: All kinds of plastic bags (both with and without a handle), all plastic or thermocol cutlery such as spoons and plates, non-woven polypropene bags, food containers, plastic packaging, and PET and PETE bottles.

The exemptions include: Plastic used for medicine packaging, food grade plastic, plastic used for the handling of solid waste, and that used for manufacturing and exporting purposes, along with compostable bags for agriculture. On 25 June, Environment Minister Ramdas Kadam allowed for the exemption of thermocol for decoration and fish storage.

To ensure adherence to the ban by manufacturers, small businesses and citizens, the government has imposed fines of up to Rs 25,000 and a 3-month sentence for regular offenders, while first and second-time offenders are to be charged Rs 5,000 and Rs 10,000 respectively. The Brihanmumbai Municipal Corporation (BMC) in Mumbai has conducted inspections and raids around the city since 23 June, which is when the ban was first imposed.

BMC, Maharashtra Pollution Control Board (MPCB) and Mumbai Police are the key players in the implementation of the ban. "All manufacturers have been notified following the government order, and systems are already in place to implement the ban smoothly. Efforts are being made to ensure it is followed," Nandkumar Gurav, technical regional officer at the MPCB, said.

"The ban on plastic only has advantages. Even though it should have been brought in soon after the Maharashtra Prevention of Non-Biodegradable Garbage Act, 2006, it is good that the government is at least acting on it 12 years later. Now that the ban has been implemented, we will not let the government backtrack on its commitment," Stalin Dayanand, director of Mumbai-based NGO Vanashakti, said. The ban on single-use plastic products was first announced in March. Reuters

"Plastic pollution is an evil that needs to be addressed urgently. Not only is it killing the environment, but the toxins could also enter our body through food and water in the form of microplastic," he added.

Dr Gauri Pathak, Homi Bhabha Fellow and assistant professor at Aarhus University, Denmark, explained that microplastics, which are plastic particles or fibers invisible to the unaided eye, and have been found across the world in the food chain and water supply, are "definitely very problematic". The research, however, is still in early stages, so its effects on human health are unknown.

Commenting on the government's plan to impose a fine on offenders, Dayanand said, "The fines should have been more realistic. A Rs 5,000 fine for carrying a plastic bag can open a possibility of corruption."

Coping with the ban

The use of regular plastic can be replaced by using corn starch-based plastic, which has similar qualities but has a shelf life of only 3 months, Dayanand said. "It can be used in food packaging and other kinds of storage. It is expensive now, but it is bound to become mainstream and affordable."

Pathak said that we have to move away from a focus on the environment "that is only in terms of aesthetic pollution, i.e. litter". Being environmentally friendly does not involve only encouraging what is bio-degradable, she said.

Single-use paper bags have a higher carbon footprint and are more resource and water intensive to produce. Corn starch-based plastic alternatives require land to be diverted away from growing food to growing large quantities of corn for producing single-use items, she explained. "It is necessary to move from the mentality of substituting materials to one of substituting practices instead. Practices related to reducing and reusing should be stressed on, but the onus of the true cost of single-use plastics that were externalised in the form of environmental degradation, have now been put on the consumer through the higher priced alternatives," Pathak added.

Dr Rakesh Kumar, director of National Environmental Engineering Research Institute (NEERI) with Council of Scientific and Industrial Research (CSIR) under the Ministry of Science and Technology, said, "Some of the alternatives to plastic can be more harmful to the environment. An amendment to the current ban should be that the producers' responsibility for the correct disposal of the materials be extended until the process is completed, and not only until the material is sold."

Science behind the ban

"The policy of the ban as it currently stands needs to be backed up with study of the material from its creation to the end of its use, and how it interacts with the environment at every stage. Parts of the policy seem well researched, but many more areas need in-depth analysis,” Kumar said.

On the other hand, Dayanand said, "Food grade virgin plastic is such that it is not supposed to react with the food that is packaged in it, unlike other plastics, and it is exempted from the ban. It is a less harmful option, with the assurance that the milk seller recycle the bags. Compostable plastic bags have been exempted because they decompose. All this is practical and logically reasoned."

This step, she said, doesn't seem to have involved consultation with any of the major environmental groups that have been working on these issues for the last 2-3 decades. "Their insights or experiences would have been invaluable but have not been taken into account during the planning of the ban," she added.

"I don't think this decision has grounding in specific scientific research. It seems targeted only against littering, and the fact that plastic is non-biodegradable. Decisions to exempt certain plastics like in the use of medicine packaging are based solely on the need and importance of the product, even though the plastic is just as harmful," Dr Ujwala Shevade, co-founder of Vivant Untamed Earth Foundation, said.

Dealing with the logistics

The challenge of exponential plastic pollution goes beyond just single-use plastic products. A gaping hole in the fight against plastic is the fact that products like ready-to-eat snack packets and shampoo sachets have been left of the ban.

Bibhas Amonkar, wildlife photographer and proprietor of Living Environs says, “My bread vendor uses a plastic sheet to cover his bread when he goes door to door in the monsoon. Now he cannot do that, but how will he protect his goods? Is he going to sell water-soaked bread?

"The ban is adversely affecting small businesses like his, whereas the case is not the same for big companies of the food industry," he added.

Popular e-commerce companies like Amazon and Flipkart have been granted an extension to be able to change their packaging to corrugated (cardboard) boxes, which are about 30 percent more expensive than plastic packaging material, The Economic Times reported. 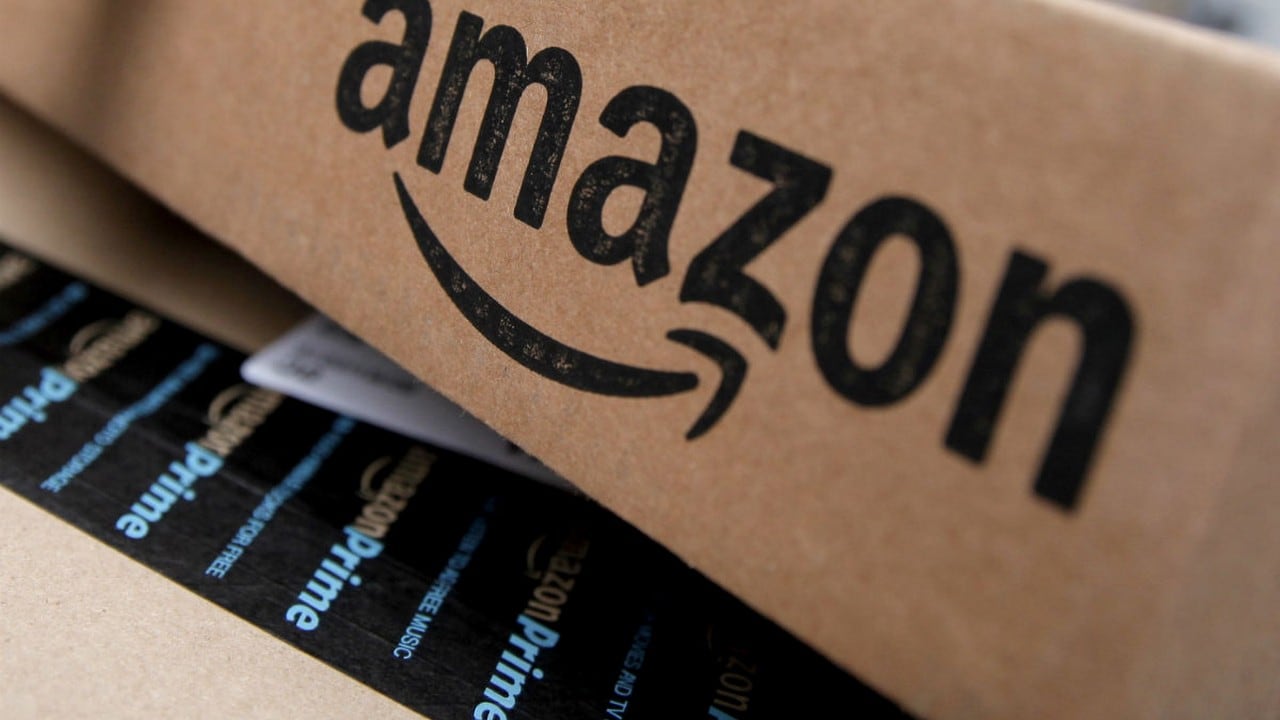 Popular e-commerce companies like Amazon and Flipkart have been granted an extension to to change their packaging to recyclable material. Reuters

Internet and Mobile Association of India (IAMAI) president Subho Ray said that companies like Amazon, among others, wrote to the IAMAI this month seeking its help to appeal to the state government for an extension to be able to change their packaging to a recyclable material, the report said. The state government is likely to grant an extension of up to three months to comply with the ban.

The 25 June exemption of thermocol decoration from Ramdas Kadam raises concerns about the strength of the ban and its effectiveness to achieve its goals. "There should have been clarity in the process much earlier. There is also the danger of the ban getting diluted by repeated exemptions," Pathak pointed out.

Elsewhere in the country

Most Indian states and union territories now have some form of ban on polythene carry bags, but the implementation is often lax. Plastic — which takes hundreds of years to decompose — continues to be used, and usually gathers in India’s water bodies and landfills, as an IndiaSpend report points out.

Environmentalists fear that the huge economic value of the plastic industry has become a deterrent to the effective imposition of the ban nationwide. One of the biggest obstacles to the implementation of plastic bans on the ground is the lack of political will, according to another news report. However, the state of Sikkim seems to have got it right. Notwithstanding its geographical size, the state has been able to create awareness by conducting intensive campaigns and not just randomised fining, according to the Deccan Chronicle.

“Bans will be successful only if the people are made to understand why the product has been banned in the first place,” A Sudhakar, Member Secretary, CPCB, said. "Sikkim has done that successfully, and it is high time others follow suit. The ban should begin from manufacturing and if possible, turning such units into manufacturing of cheaper alternatives to plastic," he said.

For decades, China was the world's largest importer of waste, and was importing almost 9 million metric tons of plastic scrap a year.

In July 2017, China announced a ban on 24 types of imported waste, including plastic. The ban came into effect in January 2018, and has been hailed by environmentalists as a big win for global green efforts. China's ban, they said, would not only clean up the country, but also force other countries to better manage their own trash, CNBC reported.

A month before the Maharashtra government announced the ban, Taiwan issued an anti-plastic notice in February 2018. The island county is planning a blanket ban on single-use plastic items like straws, cups and shopping bags by 2030, Phys reported.

Taiwan’s ban will be phased in over time and builds on existing regulations like an expanded recycling programme and extra charges for plastic bags.

“The ban in Maharashtra should have also come in phases, to let people get used to daily life without plastic. The onus is on the citizens too, they need to introspect if their actions are harmful for the environment," Dr Sanjeev Shevade, husband of Vivant Untamed Earth Foundation's Ujwala Shevade, said.

A ban on plastic products, though essential — Indian cities produced more than 15,000 tonnes of plastic waste every day, as per a report by Thomson Reuters Foundation — is only the tip of the iceberg. "Plastic is not the only crime against the environment. Is there accountability for air pollutants and other water pollutants?" Shevade asked.