Feluda is the detective character from the legendary filmmaker Satyajit Ray's stories and the Indian version to 'Detector' and 'Sherlock'.

Scientists at the CSIR''s Institute of Genomics and Integrative Biology have come up with a low-cost coronavirus test that will not require any expensive machines for detection of the pathogen.

Named after ''Feluda'', the detective character in legendary filmmaker Satyajit Ray's stories, the test has been developed by Debojyoti Chakraborty and Souvik Maiti as a simpler way of detecting SARS-coV2 presence in clinical samples, IGIB Director Anurag Agarwal said.

CSIR is a department under the Union Ministry of Science and Technology. 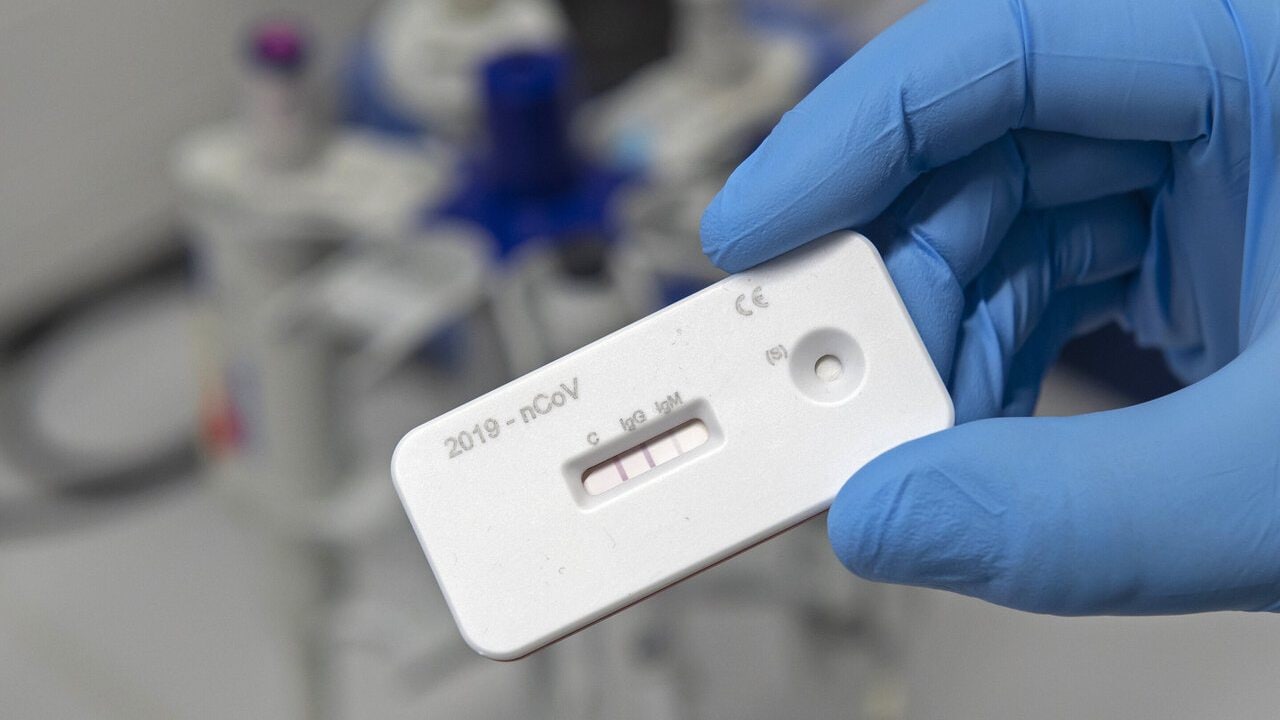 a scientist presents an antibody test to use with a blood sample for the coronavirus at a laboratory. Image credit: AP

It starts the same way as a normal real-time reverse transcription-polymerase chain reaction (RT-PCR), which is the extraction of ribonucleic acid (RNA) and its conversion to deoxyribonucleic acid (DNA), Agarwal said.

It then differs by using a specifically designed PCR reaction to amplify a part of the viral nucleic acid sequence. Then a highly specific CRISPR, FnCAS9, developed at IGIB, binds to that sequence, he added.

Using the innovative chemistry on a paper strip, the CRISPR complex, bound to that specific sequence, can be visualised as a positive band - like one sees in simple pregnancy tests.

The total time required for the test is less than one hour.

In the RT-PCR tests, the RNA is converted to DNA by using specific primers and probes, with fluorescent reporters, to amplify and detect viral nucleic acid presence. It requires expensive Real-Time PCR machines which are available at specialised sites.

"If successfully commercialised, which depends upon all its components being available at scale and the commercial product being successfully validated by regulatory agencies, it would allow the test to be done in local path-labs that do not have expensive real-time PCR machines, but simple cheap thermo-blocks used for conventional PCR," Agarwal said.

When asked why the test was named after Feluda, Agarwal said the researchers at MIT and University of California, Berkeley also use CRISPR, but different technologies.

They have named the tests as ''Detector'' and ''Sherlock'', so Feluda was an Indian version, he added.