Lithium-rich giants: Sun, stars like it produce huge amounts of lithium late in their lives

One percent of giant stars in the universe are lithium-dense, but how they create their lithium remains a mystery.

Lithium is used in everything from medication to mobile phone batteries, but where does it come from? We know it is mined here on Earth, but where it is created in the universe is less well understood.

We studied hundreds of thousands of stars like our own Sun and found they produce huge amounts of lithium late in their lives. This discovery, published recently in Nature Astronomy, was not predicted by our best models of stars, indicating that some physical process must be missing from stellar theory.

Lithium is a special element – it was the only metal produced in the Big Bang that created the universe 13.7 billion years ago. While other elements have been produced in copious amounts by stars since then, the amount of lithium has increased relatively little.

The source of even this small amount of lithium is still a matter of scientific debate. About half is thought to come from high-energy cosmic rays hitting heavier elements like carbon and oxygen in interstellar space and breaking them up into lighter atoms.

Astronomers regard lithium as fragile, easily destroyed in the hot interiors of stars. By analysing starlight astronomers can determine how much of the various elements, including lithium, they contain. Observations of lithium on the surface of stars has confirmed that it is gradually destroyed as stars get older. The Sun, captured by NASA's Solar Dynamics Observatory, pointing to "active regions" on its surface where there are bright spots and illuminated arcs, 20 April 2015. Image credit: NASA/SDO

However, there is one group of stars that is a notable exception to this rule of lithium destruction: the so-called “lithium-rich giants”. These stars, first discovered about 40 years ago, contain up to 1,000 times as much lithium as other giant stars.

Although not very common – only 1 percent of giant stars are very lithium-rich – just how they create their lithium remains a mystery.

One of the main problems astronomers have faced in identifying a way these stars could produce so much lithium was our lack of knowledge about exactly what type of red giant stars they were.

All Sun-like stars eventually become red giant stars when the have burned through all the hydrogen in their cores, becoming brighter and more red in colour. They expand their size by hundreds of times, often engulfing the planets orbiting them. (Don’t worry – the Sun won’t do this for another 5 billion years.)

When stars become giants they progress through three different giant phases (which all look quite similar in colour and brightness), so it is crucial to understand what phase lithium-rich stars are in when they produce lithium.

Of the many theories, one has now come to the fore. About ten years ago our group recognised that the lithium-rich giants were likely in the second giant phase (also known as the red clump stage). These giants burn helium in their cores for about 100 million years.

This theory was later confirmed by studying the oscillations of these stars to determine their exact point in their life cycles.

We now know for sure that the vast majority of very lithium-rich giants are red clump stars.

In our new study, we used an Australian survey of one million stars called Galah and a European space telescope survey called Gaia to investigate the lithium-rich giants.

Our 200,000-strong sample of Sun-like stars (with mass and metallicity similar to the Sun) confirmed that lithium-rich stars are in the red clump phase.

We also detected the expected destruction of lithium in the “red giant branch” phase, which comes just before the red clump.

In a recent study, the central star of NGC 7027 galaxy cluster was identified in a new wavelength of light — near-ultraviolet — for the first time by using Hubble's unique capabilities. Image: NASA

Importantly, it appeared that all of the red clump stars contained more lithium than those in the red giant branch phase. This implies the Sun itself will manufacture lithium in the future, as our study focused on Sun-like stars.

In our paper we show that, on average, the stars increase their lithium content by a factor of 40. The amount of lithium produced in just one of these stars would be enough to make electric car batteries for 20,000 trillion cars. 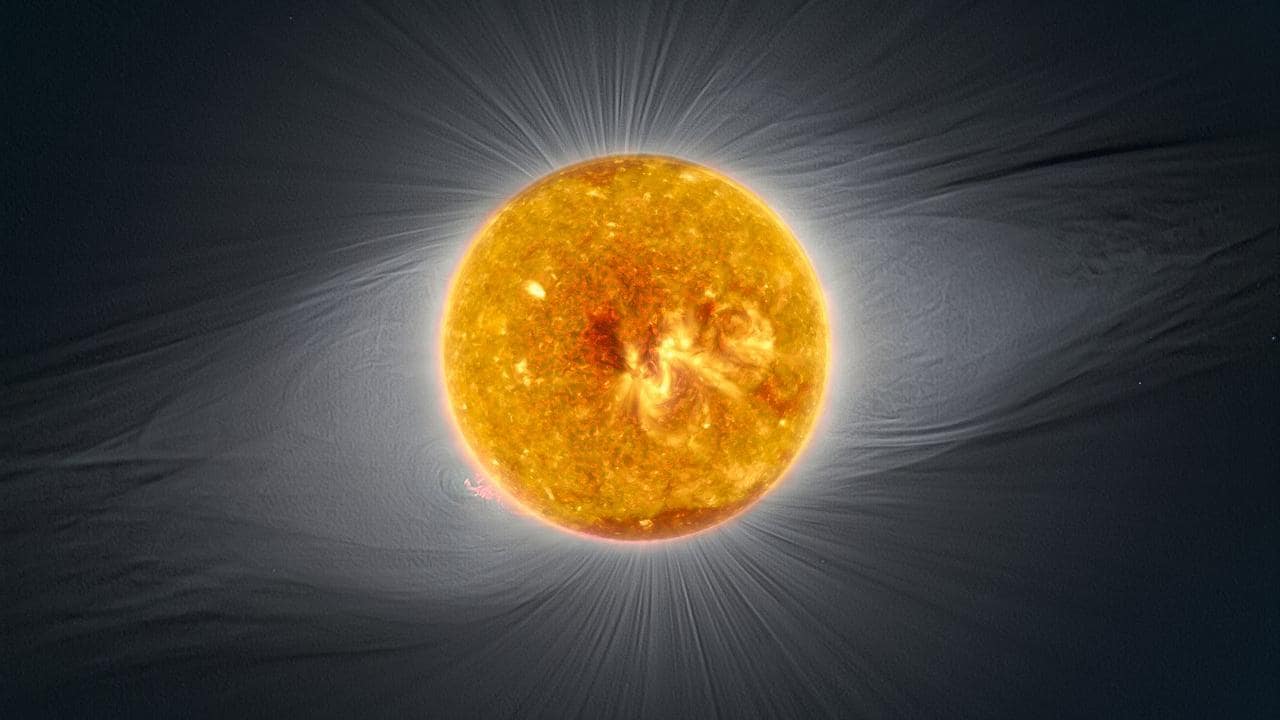 Not predicted by theory

How this lithium enrichment comes about is unknown. It is not predicted by our best models of stars. Clearly there is some physical process missing in stellar theory.

What we can say with our data is how often it occurs - it appears to happen to all Sun-like stars. We can also say when it occurs - some time between the end of the red giant branch phase and the beginning of the red clump phase.

For our next study we will attempt to constrain the timing of the lithium-production phase more precisely. This information will help stellar theorists, including those in our group, to determine what physical process is behind the lithium production.

Finally, since at least some of the newly created lithium will end up being blown off the star in stellar winds, it will also help us understand how much these stars enrich our galaxy with lithium, and, ultimately, planets like Earth.