Linsey Marr’s lab found a large stockpile of expired respiratory masks and found that they were still effective but 3D printed masks were not.

When Linsey Marr’s son started attending daycare 12 years ago, she noticed that he kept getting sick with the sniffles and other minor illnesses. But unlike most parents, Marr, an aerosol scientist at Virginia Tech, tried to figure out why.

“When I’d pick him up, I’d find out that more than half the kids in the room were sick too,” Marr said. “I was really curious, and wondered, if it was spreading this fast, maybe it was going through the air.”

Marr was uniquely equipped to tackle the problem. She had graduated with an engineering science degree from Harvard, where she developed an interest in air pollution during her daily runs breathing car exhaust on nearby Boston streets. She earned a doctorate in civil and environmental engineering from the University of California at Berkeley, and completed post-doctorate work at the Massachusetts Institute of Technology, with Mario J. Molina, a Nobel laureate recognized for research into ozone damage caused by chlorofluorocarbon gases. 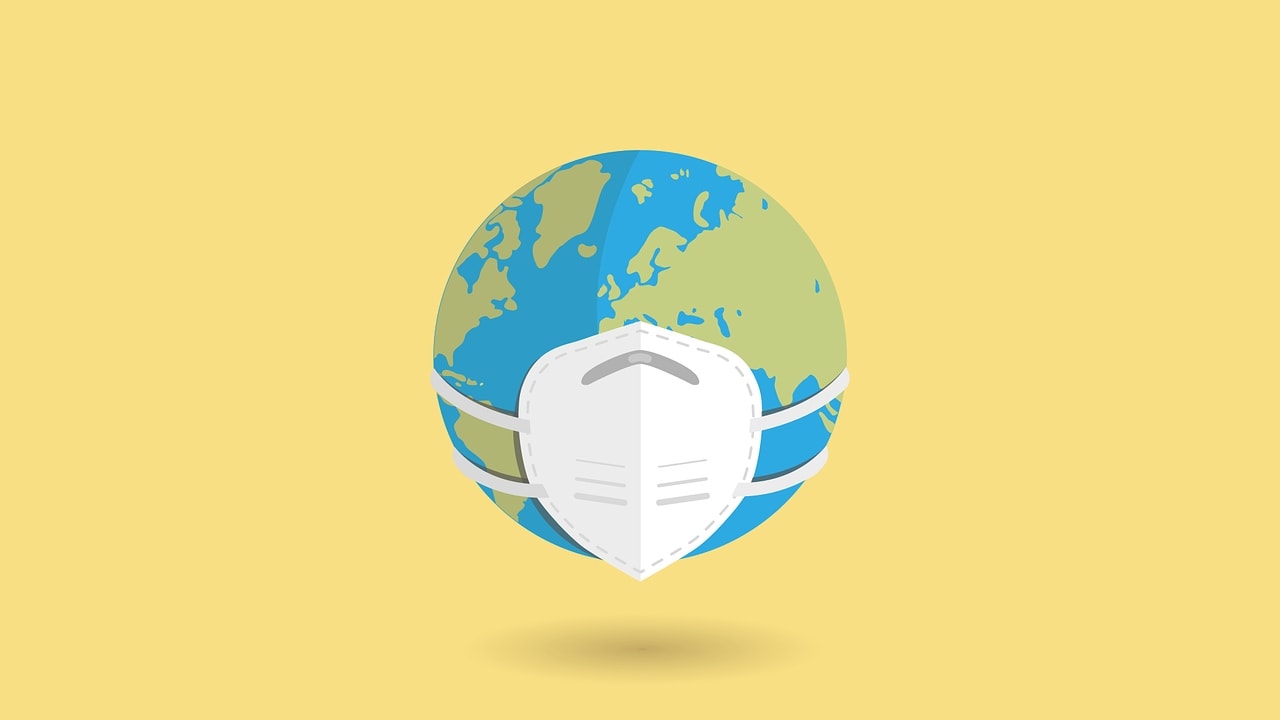 Linsey Marr says, "I try to explain what we do know and what we don’t know. For the things we don’t know, it’s good to err on the safe side but also to not be paranoid.”

But it was during that first foray into daycare germs that she discovered how little was known about the airborne transmission of viruses.

“I was surprised to find out we don’t even know how much of the flu is spread through the air or through touching,” Marr said. “There was so little known about it that this personal fascination became an obsession.”

Now, Marr’s maternal and scientific curiosity and her multidisciplinary background have made her a leading scientist on airborne viruses. Her research led to the publication of a groundbreaking study that found the flu virus in droplets that were small enough to remain floating in the air for an hour or more. Another study suggested that the seasonality of flu was associated with humidity. Her work led to a National Institutes of Health New Innovator Award in 2013 and an appointment in January to a National Academies of Sciences, Engineering, and Medicine board.

But the coronavirus pandemic has put her in the spotlight. Public health officials in the United States and with the World Health Organization have called on Marr for her expertise, and scientists from all over the world have asked her to review their papers. Her lab has focused on testing new materials to solve shortages of personal protective equipment for medical workers. Working with her colleagues and graduate students, Marr’s lab found that a large stockpile of expired respiratory masks was still effective but that 3D printed masks, unfortunately, were not.

“There are not many people who are trained engineers who also study infectious disease,” said Dr X.J. Meng, a Virginia Tech professor who studies emerging animal viruses. Meng said he remembered being impressed by Marr after watching her presentation at a 2017 National Academy of Sciences meeting on emerging infections, which included Dr Anthony Fauci and other leaders in the field.

“She’s really the star in the field right now,” Meng said. “Linsey is one of very few scientists who has this ability to study aerosol transmission because she can use the engineering tools to study the dynamics of viruses and bacteria in the air. If you look at the work she’s doing she collaborates with virologists, epidemiologists, physicians and public health specialists. Her work is interdisciplinary and cross-disciplinary to solve public health problems.”

Her Twitter feed is a daily exchange of ideas among fellow scientists, and it’s also peppered with questions from followers, which she tries to answer. Part of the reason Marr has become so popular in public forums is her ability to explain difficult scientific concepts in easy-to-understand terms.

She uses the visual of cigarette smoke when explaining viral plumes. To explain a concept called Brownian motion — and why masks can more easily filter the smallest microscopic particles — she uses the analogy of a drunken person stumbling into chairs and walls while trying to cross a room. “The particle is the drunk person, and the chairs are the fibers of the masks,” she said. “The fibres stop the particles.”

When people began asking whether their clothes could be covered in the virus after going to the store or walking outdoors, she gave us all a lesson in aerodynamics. Just as bugs don’t smash into the windshield of a slow-moving car because they’re carried by air currents alongside the car, lingering viral particles also slip by the human body as we move, and don’t smash into our clothes, she explained.

I should have used cigarette smoke as a better analogy than a breath cloud because smoke has particles that stick around and fall onto surfaces. Tiny water droplets in a breath cloud eventually evaporate into the gas phase. /9

And in the midst of a public health crisis that has upended our lives, Marr has used her knowledge to solve practical everyday challenges of parents and families. She used mathematical models to determine the safety of hugging during a viral outbreak, taking photos with her daughter in various positions to explain how to lower risk. She collaborated with Dutch researchers on how we can safely return to the gym. And her team is in the midst of research on the benefits of homemade masks.

But the demand for Marr’s expertise also highlights an alarming problem in the study of viruses and respiratory illness.

There are, perhaps, fewer than a dozen scientists with extensive expertise in aerosol transmission of viruses, but funding for their research often falls between the cracks of different disciplines. Basic science grants tend to view airborne viruses as a topic to be supported by health funds. But health agencies tend to focus on how a virus behaves inside the body, not how it gets there. Environmental scientists may study waterborne pathogens or air pollution, but they don’t typically focus on the airborne transmission of disease.

“Somehow it hasn’t been on the radar screen,” Marr said. “I’m not the only one studying this. There are other people who do this, but not nearly enough to answer all the questions that everyone has right now.”

Marr is among a small but vocal group of scientists who are calling for more attention to be given to the airborne route of coronavirus transmission. Although the World Health Organization has been adamant that COVID-19 is not an airborne disease, a large body of evidence suggests people get sick by sharing the same air with an infected person, including outbreaks in a restaurant, during choir practice and when nearly half of 200 workers in a call centre office fell ill.

“It’s hard to believe this pandemic could have spread the way it did so quickly around the world without the airborne route playing a role,” said Richard L. Corsi, dean of engineering and computer science at Portland State University and a specialist in indoor air quality. “It’s a frustration for people who understand aerosols and air pollution particles that this hasn’t received more attention. There are about a half-dozen people screaming about this from the rooftops.”

Corsi has been a mentor to Marr since the two met during her graduate studies at Berkeley. “She’s steeped in fundamental scientific and engineering principles that allow her to move from topic A to topic B,” Corsi said. “I think that’s what makes Linsey special. She has a willingness to get out of her intellectual trench, to get out of her comfort zone and start working on other things that are important.”

Despite knowing more than most about the risks posed by the coronavirus, Marr exudes a sense of calm about managing risks. She has access to top-rated N95 medical masks, but she chooses to wear a cloth mask. “We could drive ourselves crazy thinking about all the what-ifs,” she said. “I try to explain what we do know and what we don’t know. For the things we don’t know, it’s good to err on the safe side but also to not be paranoid.”

And while the workload and media interviews brought on by the coronavirus have been unrelenting, Marr sees a silver lining in all the attention she has received.

“People are actually interested in science now,” Marr said. “They talk about the generation affected by the 9/11 terrorist attacks as being more public service-oriented. I hope the kids who have lived through the pandemic will be more interested in medicine and science as a result of this.”