Largest seaweed bloom yet stretches 8,850 km from West Africa to Gulf of Mexico

Researchers do not know the exact reason for their growth but they hypothesis that it caused due to an increase in nutrients.

Researchers have found the largest seaweed bloom yet sighted along the coast of the Atlantic Ocean. It stretches across 8,850 km and is estimated to weigh 18 billion kg. Currently, it stretches from West Africa to the Gulf of Mexico.

They have named the stretch the Great Atlantic Sargassum Belt (GASB). Sargassum is a brown macroalgae or seaweed that grows in tropical oceans.

The algae receives its nutrients from the Amazon river in the spring and summer, and from West Africa in the winter. 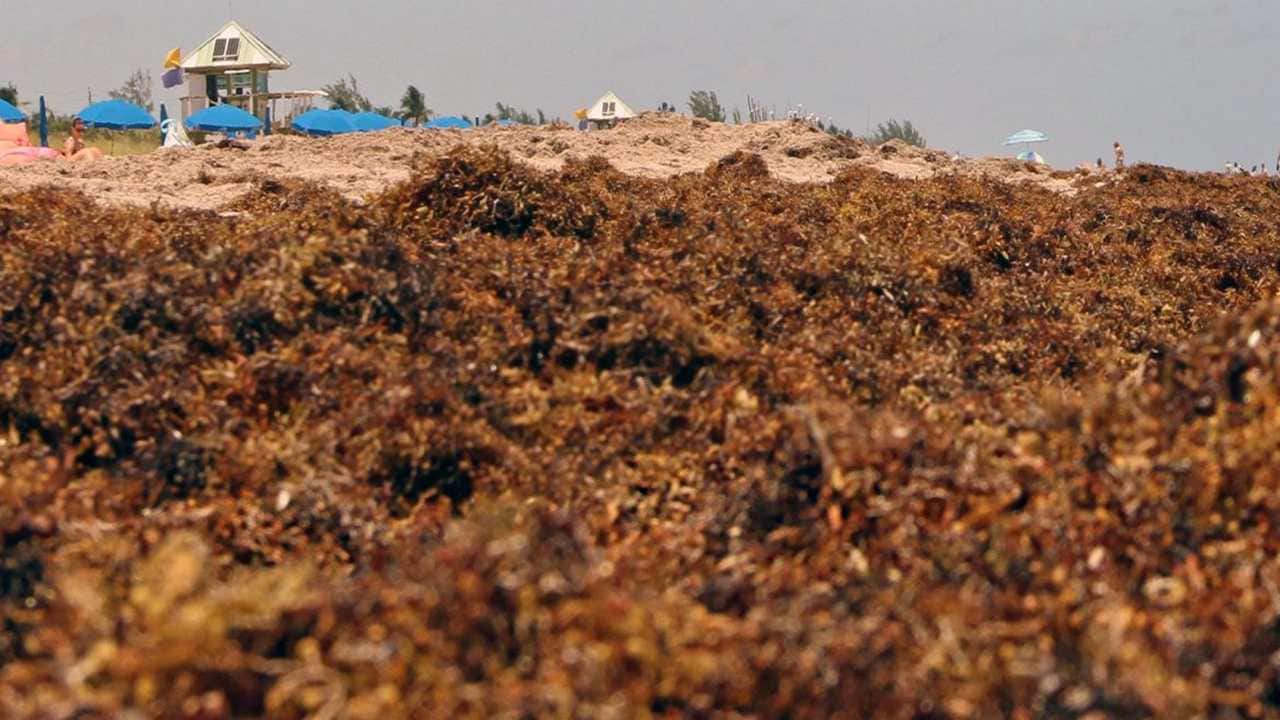 Dr Chuanmin Hu of the University of South Florida and main author of this study said that their hypothesis is based on limited field and environment data. He said. ‘We need more research to confirm this hypothesis.”

What he can say for sure is that these blooms are not going away anytime soon, they might even increase.  The researchers used NASA’s Moderate Resolution Imaging Spectroradiometer (MODIS) from 2000-2018. From 2011, they saw these patches increase in size. The amount of seaweed rose to such an extent that Barbados declared a national emergency because of its effect on tourism. NASA’s satellite data (MODIS) confirms that the record-breaking seaweed belt forms in the summer months (northern hemisphere). 2015 and 2018 saw the biggest of the massive blooms that started in 2011. Image Credit: USF College of Marine Science

Other than causing problems for tourism, this algae does have some redeeming points. It provides a habitat for ocean animals like turtles, crabs, fish and it produces oxygen like other plants.

Anything in excess can be bad. It can make it hard for ocean life to move and breathe when it covers the surface. When it dies and sinks to the bottom, it suffocates the corals and sea grasses. Rotten algae also releases hydrogen sulphide gas that smells like rotten eggs, which is certainly harmful to the tourism industry.

The findings of this study have been published in the journal Science.

BP termed`grossly negligent' in 2010 Gulf of Mexico oil spill, may be fined $18 mn