In a dusty city in the Xinjiang region on China’s western frontier, the authorities are testing the rules of science.

With 1 million or more ethnic Uighurs and others from predominantly Muslim minority groups swept up in detentions across Xinjiang, officials in Tumxuk have gathered blood samples from hundreds of Uighurs — part of a mass DNA collection effort dogged by questions about consent and how the data will be used.

In Tumxuk, at least, there is a partial answer: Chinese scientists are trying to find a way to use a DNA sample to create an image of a person’s face.

The technology, which is also being developed in the United States and elsewhere, is in the early stages of development and can produce rough pictures good enough only to narrow a manhunt or perhaps eliminate suspects. But given the crackdown in Xinjiang, experts on ethics in science worry that China is building a tool that could be used to justify and intensify racial profiling and other state discrimination against Uighurs.

In the long term, experts say, it may even be possible for the Communist government to feed images produced from a DNA sample into the mass surveillance and facial recognition systems that it is building, tightening its grip on society by improving its ability to track dissidents and protesters as well as criminals. 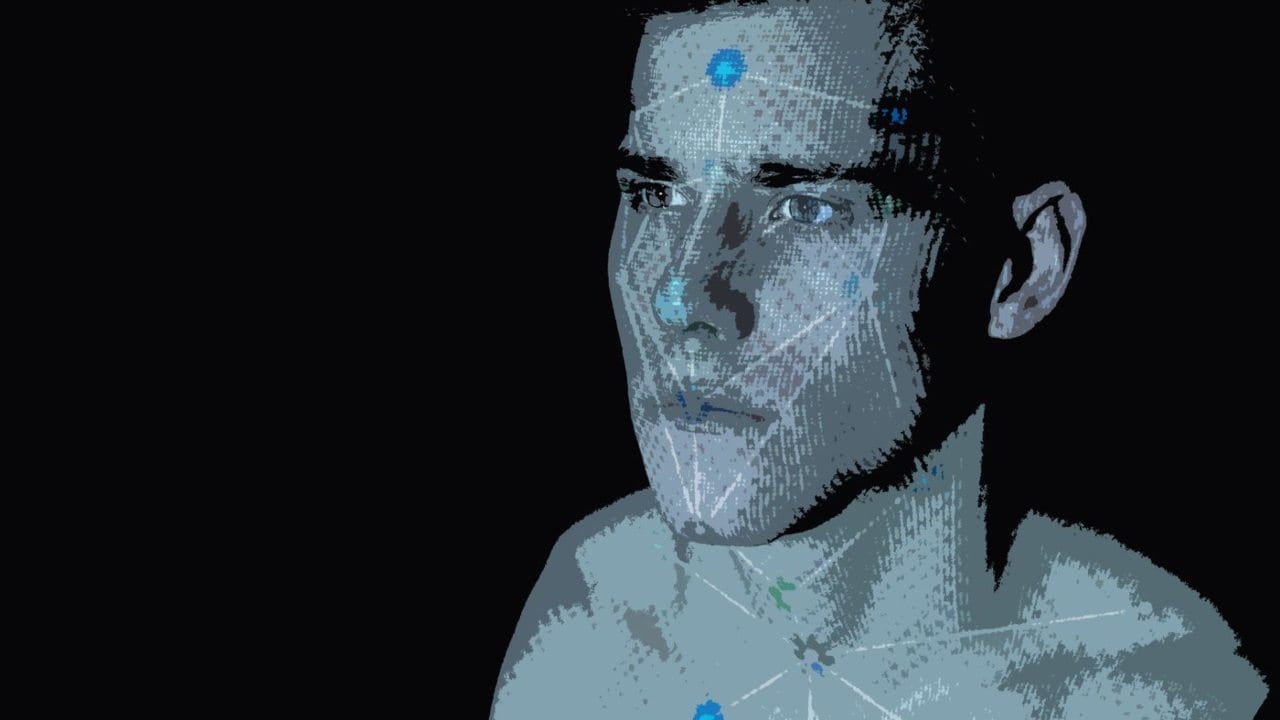 Facial recognition so far has relied on multi-point maps of a person's facial features. Image: Getty

Some of this research is taking place in labs run by China’s Ministry of Public Security, and at least two Chinese scientists working with the ministry on the technology have received funding from respected institutions in Europe. International scientific journals have published their findings without examining the origin of the DNA used in the studies or vetting the ethical questions raised by collecting such samples in Xinjiang.

In papers, the Chinese scientists said they followed norms set by international associations of scientists, which would require that the men in Tumxuk (pronounced TUM-shook) gave their blood willingly. But in Xinjiang, many people have no choice. The government collects samples under the veneer of a mandatory health checkup program, according to Uighurs who have fled the country. Those placed in internment camps — two of which are in Tumxuk — also have little choice.

Police prevented reporters from The New York Times from interviewing Tumxuk residents, making verifying consent impossible. Many residents had vanished in any case. On the road to one of the internment camps, an entire neighborhood had been bulldozed into rubble.

Growing numbers of scientists and human rights activists say the Chinese government is exploiting the openness of the international scientific community to harness research into the human genome for questionable purposes.

Already, China is exploring using facial recognition technology to sort people by ethnicity. It is also researching how to use DNA to tell if a person is a Uighur. Research on the genetics behind the faces of Tumxuk’s men could help bridge the two.

The Chinese government is building “essentially technologies used for hunting people,” said Mark Munsterhjelm, an assistant professor at the University of Windsor in Ontario who tracks Chinese interest in the technology.

In the world of science, Munsterhjelm said, “there’s a kind of culture of complacency that has now given way to complicity.”

Images from a 2013 study on 3D human facial construction. China’s efforts to use DNA to create an image of a person’s face prompt worries among ethics experts as to how the tool could be used to justify racial profiling against Uighurs, a Muslim ethnic group. Image: BMC Bioinformatics/NYT

Sketching someone’s face based solely on a DNA sample sounds like science fiction. It isn’t.

The process is called DNA phenotyping. Scientists use it to analyze genes for traits like skin color, eye color and ancestry. A handful of companies and scientists are trying to perfect the science to create facial images sharp and accurate enough to identify criminals and victims.

Maryland police used it last year to identify a murder victim. In 2015, police in North Carolina arrested a man on two counts of murder after crime-scene DNA indicated the killer had fair skin, brown or hazel eyes, dark hair, and little evidence of freckling. The man pleaded guilty.

Despite such examples, experts widely question phenotyping’s effectiveness. Currently, it often produces facial images that are too smooth or indistinct to look like the face being replicated. DNA cannot indicate other factors that determine how people look, such as age or weight. DNA can reveal gender and ancestry, but the technology can be hit or miss when it comes to generating an image as specific as a face.

To unlock the genetic mysteries behind the human face, police in China turned to Chinese scientists with connections to leading institutions in Europe.

One of them was Tang Kun, a specialist in human genetic diversity at the Shanghai-based Partner Institute for Computational Biology, which was founded in part by the Max Planck Society, a top research group in Germany.

The German organization also provided $22,000 a year in funding to Tang because he conducted research at an institute affiliated with it, said Christina Beck, a spokeswoman for the Max Planck Society. Tang said the grant had run out before he began working with the police, according to Beck.

Another expert involved in the research was Liu Fan, a professor at the Beijing Institute of Genomics who is also an adjunct assistant professor at Erasmus University Medical Center in the Netherlands.

Both were named as authors of a 2018 study on Uighur faces in the journal Hereditas (Beijing), published by the government-backed Chinese Academy of Sciences. They were also listed as authors of a study examining DNA samples taken last year from 612 Uighurs in Tumxuk that appeared in April in Human Genetics, a journal published by Springer Nature, which also publishes the influential journal Nature.

Both papers named numerous other authors, including Li Caixia, chief forensic scientist at the Ministry of Public Security, China’s police.

Springer-Nature said on Monday that it had strengthened its guidelines on papers involving vulnerable groups of people and that it would add notes of concern to previously published papers.

In the papers, the authors said their methods had been approved by the ethics committee of the Institute of Forensic Science of China. That organization is part of the Ministry of Public Security. 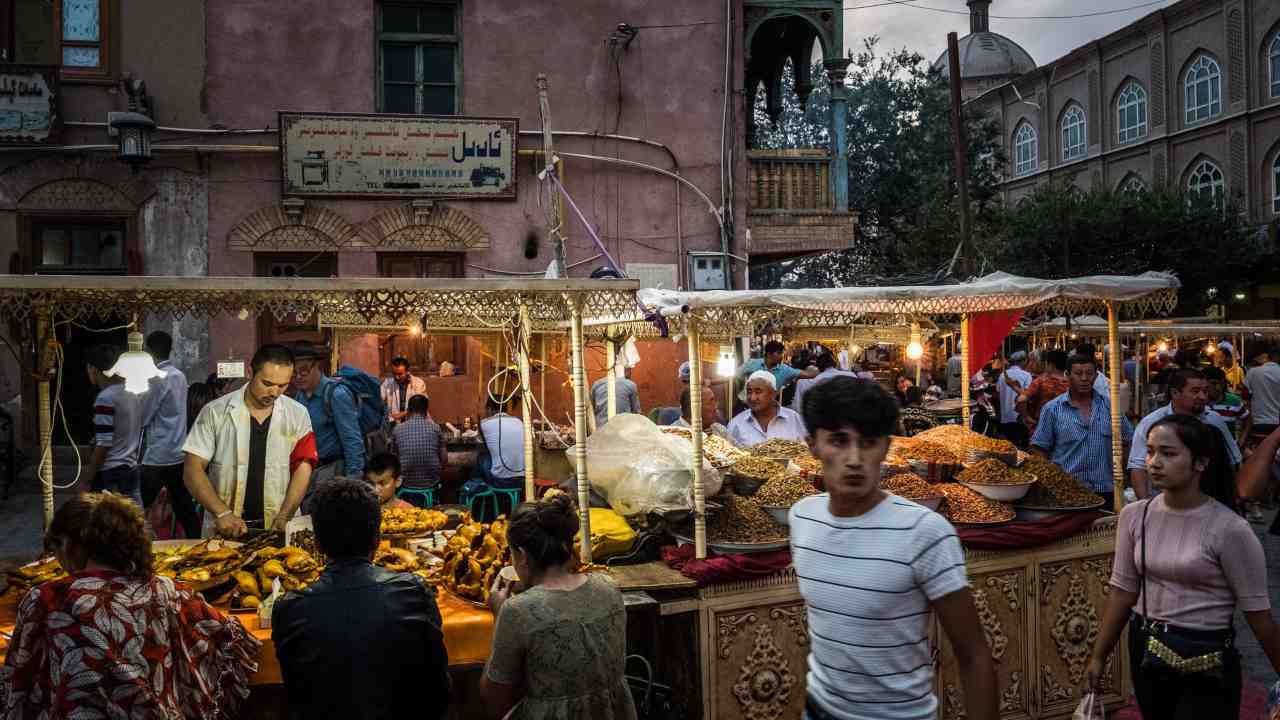 A market in Kashgar, a city in Xinjiang. China has detained up to a million people in camps in the western region. By Bryan Denton © 2019 The New York Times

With 161,000 residents, most of them Uighurs, the agricultural settlement of Tumxuk is governed by the powerful Xinjiang Production and Construction Corps, a quasi-military organization formed by decommissioned soldiers sent to Xinjiang in the 1950s to develop the region.

The state news media described Tumxuk, which is dotted with police checkpoints, as one of the “gateways and major battlefields for Xinjiang’s security work.”

In January 2018, the town got a high-tech addition: a forensic DNA lab run by the Institute of Forensic Science of China, the same police research group responsible for the work on DNA phenotyping.

Procurement documents showed the lab relied on software systems made by Thermo Fisher Scientific, a Massachusetts company, to work with genetic sequencers that analyze DNA fragments. Thermo Fisher announced in February that it would suspend sales to the region, saying in a statement that it had decided to do so after undertaking “fact-specific assessments.”

For the Human Genetics study, samples were processed by a higher-end sequencer made by an American firm, Illumina, according to the authors. It is not clear who owned the sequencers. Illumina did not respond to requests for comment.

The police sought to prevent two Times reporters from conducting interviews in Tumxuk, stopping them upon arrival at the airport for interrogation. Government minders then tailed the reporters and later forced them to delete all photos, audio and video recordings taken on their phones in Tumxuk.

In an interview, Zhou Fang, the head of the health commission in Tumxuk, said residents voluntarily accepted free health checks under a public health program known as Physicals for All and denied that DNA samples were collected.

“I’ve never heard of such a thing,” he said.

The questions angered Zhao Hai, the deputy head of Tumxuk’s foreign affairs office. He called a Times reporter “shameless” for asking a question linking the health checks with the collection of DNA samples.

“Do you think America has the ability to do these free health checks?” he asked. “Only the Communist Party can do that!”