The spacecraft is carrying samples from the asteroid which might explain the beginning of the solar system.

Japan's Hayabusa-2 probe will leave its orbit around a distant asteroid and head for Earth on Wednesday after an unprecedented mission, carrying samples that could shed light on the origins of the Solar System.

The long voyage home would begin at 10:05 am (01.05 GMT), with the probe expected to drop off its precious samples sometime late 2020, the Japan Aerospace Exploration Agency (JAXA) said. 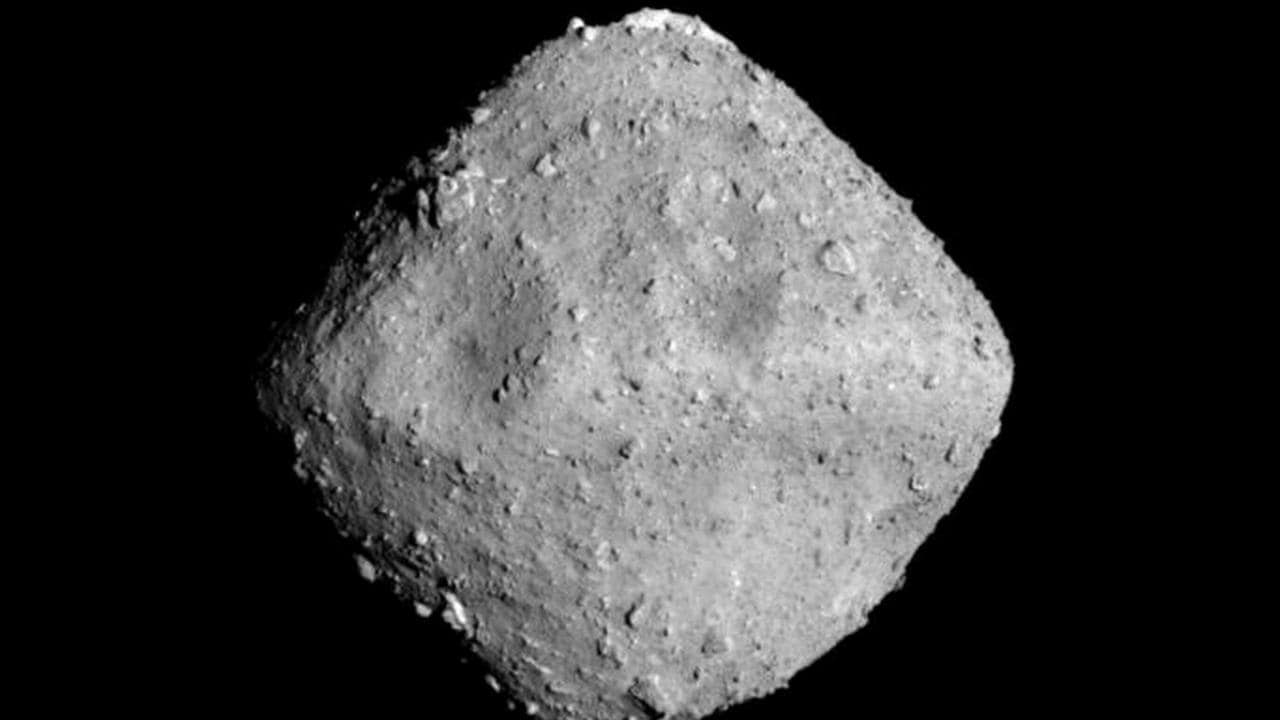 The asteroid Ryugu that spacecraft Hayabusa2 has created a crater in. Image credit: JAXA

The probe will bring back to Earth "carbon and organic matter" that will provide data as to "how the matter is scattered around the Solar System, why it exists on the asteroid and how it is related to Earth," added Tsuda.

The mission took the fridge-sized probe some 300 million kilometres from Earth, where it explored the asteroid Ryugu, whose name means "Dragon Palace" in Japanese — a reference to a castle at the bottom of the ocean in an ancient fable.

In April, Hayabusa-2 fired an "impactor" into the asteroid to stir up materials that had not previously been exposed to the atmosphere.

It then made a "perfect" touchdown on the surface of the asteroid to collect the samples that scientists hope will provide clues into what the Solar System was like at its birth some 4.6 billion years ago.

"I'm feeling half-sad, half-determined to do our best to get the probe home," said Tsuda.

"Ryugu has been at the heart of our everyday life for the past year and a half," he added.

Hayabusa-2 will receive its orders to head for home on Wednesday, break free of the asteroid's gravity on 18 November and fire its main engines early next month en route to Earth, JAXA said.

Tsuda said the six-year mission, which had a price tag of around 30 billion yen ($278 million), had exceeded expectations but admitted his team had to overcome a host of technical problems.

It took the probe three-and-a-half years to get to the asteroid but the return journey should be significantly shorter because Earth and Ryugu will be much closer due to their current positions. Hayabusa-2 is expected to drop the samples off in the South Australian desert, but JAXA is negotiating with the Australian government about how to arrange it, Tsuda said.

The probe is the successor to JAXA's first asteroid explorer "Hayabusa", which means falcon in Japanese.

The earlier probe returned with dust samples from a smaller, potato-shaped asteroid in 2010 despite various setbacks during its epic seven-year odyssey, and was hailed as a scientific triumph.

The first generation probe re-entered Earth's atmosphere and burned out.

Under the current plan, Hayabusa-2 will boldly continue its journey in space after dropping off its capsule to Earth, and might "carry out another asteroid exploration," JAXA spokesman Keiichi Murakami earlier told AFP.

"The team has just started to study what can be done (after dropping off the capsule)," but there is no concrete plans about a new destination, Tsuda said.