It's a dolphin, not a wholphin, say scientists on discovery of rare hybrid species

The melon-headed whale is one of the various species that's called a whale but is technically a dolphin.

Scientists are touting the first sighting of a hybrid between a melon-headed whale and a rough-toothed dolphin in the ocean off Hawaii. But don't call it a "wholphin," they say.

The melon-headed whale is one of the various species that's called a whale but is technically a dolphin.

"Calling it something like a wholphin doesn't make any sense," said one of the study's authors, Robin Baird, a Hawaii research biologist with Washington state-based Cascadia Research Collective. "I think calling it a wholphin just confuses the situation more than it already is."

In a study published last week, scientists say the animal spotted off the island of Kauai in August 2017 appears to be the first record of a hybrid involving either species. It's also only the third confirmed instance of a wild-born hybrid between species in the Delphinidae family. 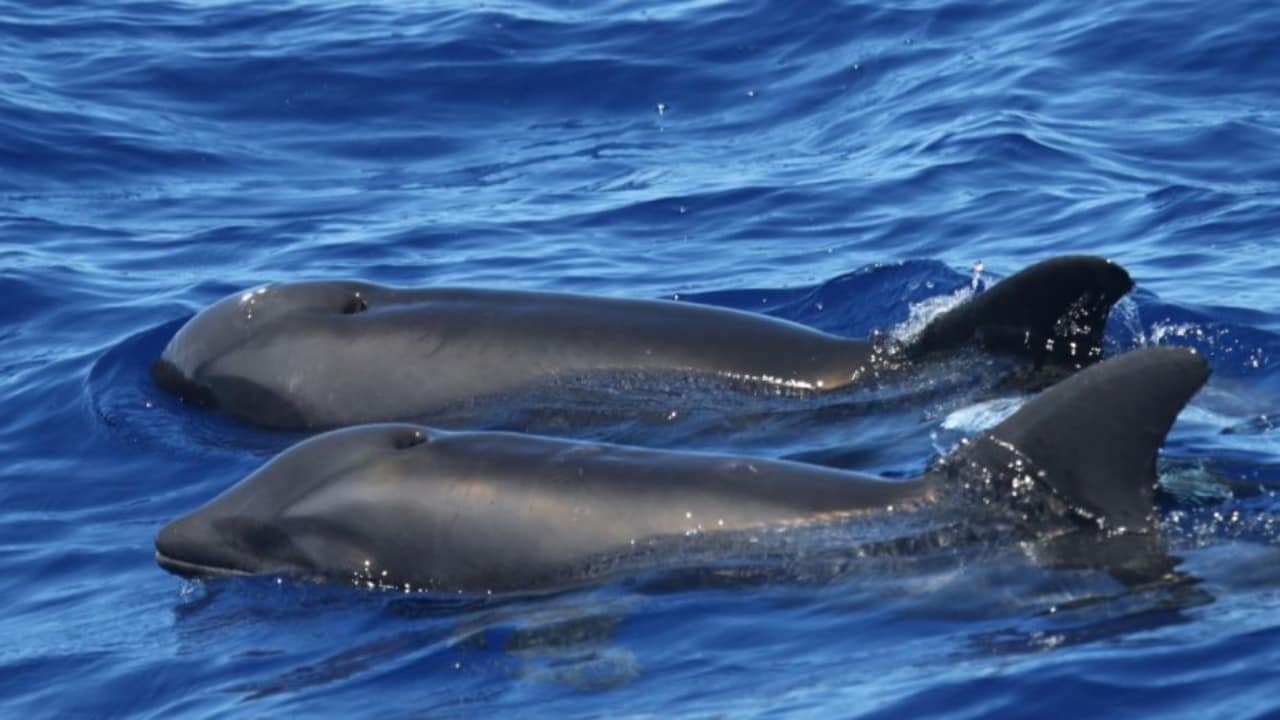 The hybrid (pictured in the foreground) swims next to a rare melon-headed whale which may be its mother. Image courtesy: Cascadia Research Collective

The label "wholphin" has stuck for a hybrid born in 1985 at Hawaii's Sea Life Park of a false killer whale and an Atlantic bottle-nose dolphin. The hybrid named Kekaimalu still lives at the marine mammal park, where she helps teach children about genetics. News of the hybrid spotted in the wild during Navy-funded research to study the effects of sonar, proves the "genetic diversity of the ocean," said Sea Life Park Curator Jeff Pawloski. "I always thought they were out there in the wild existing — it only makes sense," he said. "And to know she has cousins out there in the ocean is an amazing thing to know."

While some news organisations have described the melon-headed whale and rough-toothed dolphin hybrid as a new species, in order for that to happen other things need to occur, including more widespread hybridisation, Baird said.

"That isn't the case, although there are examples where hybridisation has resulted in a new species," he said. "There's no evidence to suggest it's leading toward anything like species formation."

The male hybrid presents an opportunity to look for others. Hybrids generally occur when there's a decline in the population in one of the parental species, so scientists will be looking out for such a decline.

A likely scenario for how the hybrid came to be is a melon-headed whale getting separated from its group and ending up traveling with rough-toothed dolphins.

Scientists don't know how old it is, but believe it's close to adult age.